#1 LSU Getting 92% of Betting Handle vs Ole Miss at BookMaker.eu 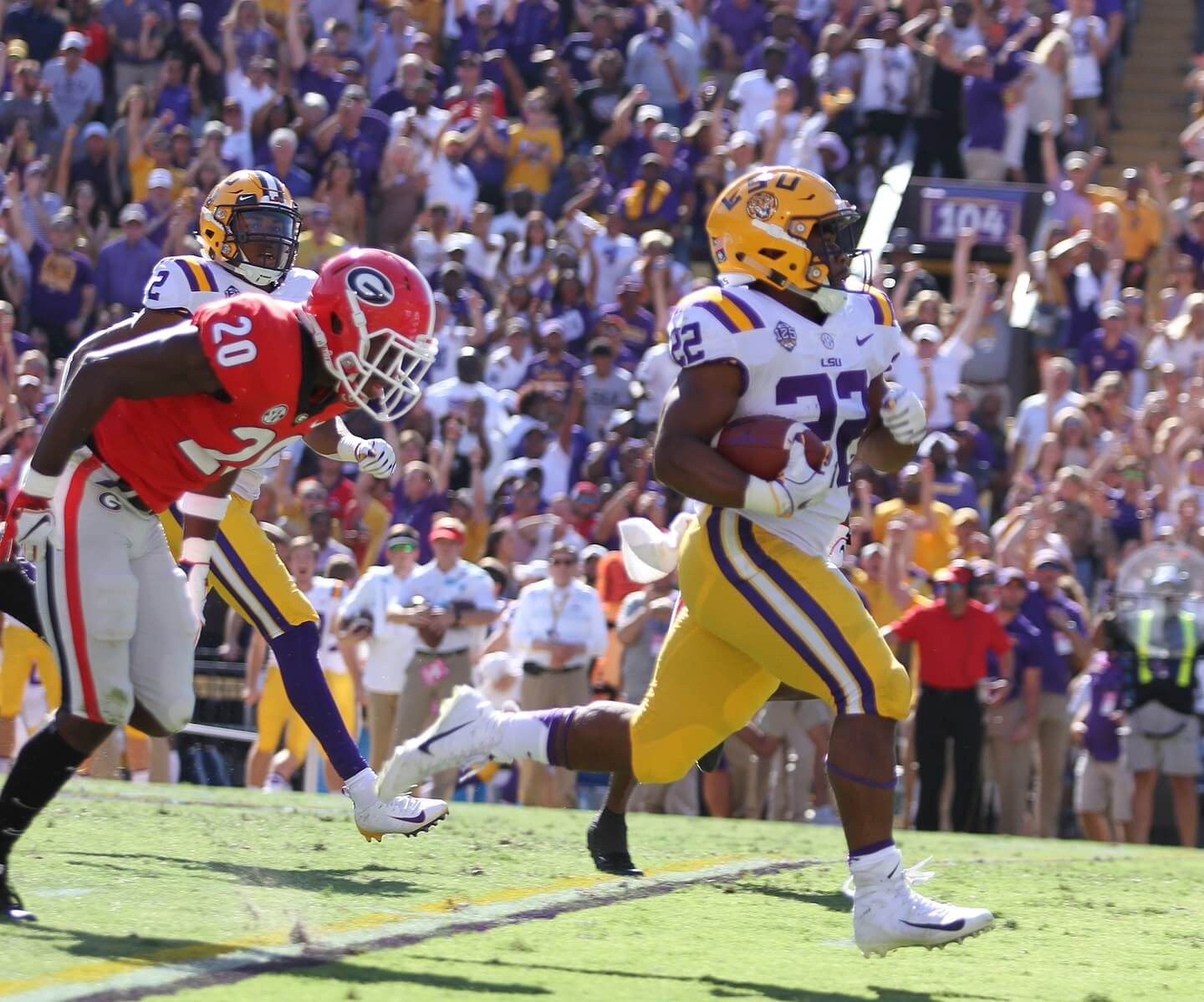 LSU is getting 92% of the handle against Ole Miss in Week 12
Ole Miss needs to pull the upset and win out to reach bowl eligibility
Is LSU a good bet to cover the spread against the Rebels?

The unbeaten Tigers are fresh off their big win over Alabama and facing a Rebels team that is 4-6 on the season.

LSU is reportedly receiving an overwhelming amount of the betting handle and seeing heavy sharp action.

Why are bettors so confident LSU will cover the spread ? Should you bet the Tigers ATS in the LSU vs Ole Miss odds?

BookMaker.eu reports that LSU is receiving an overwhelming 92% of the handle and 80% of all bets. The sportsbook also reports that 87% of “sharp money” is on the Tigers.

🎙️ @RJinVegas : "If you can find motivation for margin, its viable to bet the favored"https://t.co/mkhnDqM41r

Bettors are confident in LSU after the team’s massive 46-41 win over Alabama in Week 11. The Tigers were six-point underdogs in Tuscaloosa and managed to end their eight-game losing streak to the Crimson Tide.

While the Tigers are the best team in the country, they are only 6-3 ATS. Should you feel as confident as general bettors and sharps that LSU will cover the spread?

Betting against Joe Burrow after what he’s done this season isn’t a great idea. The Heisman Trophy favorite leads the nation with an incredible 78.9 completion rating and has thrown for over 300 passing yards in seven of his nine games.

Burrow may face some pressure this week, as LSU is expected to be with three starters on the offensive line. The Tigers QB has proven he can make passes under pressure and should still turn in another Heisman-worthy performance.

LSU has the fourth-best offense in the country and are averaging 538.4 yards per game.  They’ve proven against Florida, Auburn and Alabama that they won’t be slowed down by elite defensive teams.

Ole Miss is far from being a good defensive team, as the Rebels have one of the worst pass defenses in the nation. The Rebels are allowing 274.2 passing yards per game and are going to get shredded by Burrow and LSU’s talented receivers.

This overwhelming LSU betting handle may be a bit surprising when you consider Ole Miss has the 14th best rush offense in the nation and have gone over 200 rushing yards in seven games.

Sharps likely aren’t buying in because LSU has the 13th best rush defense in the country and are allowing just 100.7 rushing yards per game. I do expect Ole Miss to score a few points on the ground, however, especially when you consider Alabama RB Najee Harris torched this LSU defense for 146 rushing yards last weekend.

LSU has their own weapons on the ground, including  junior running back Clyde Edwards-Helaire, who ran for 103 yards and three TDs against Alabama. As good as Ole Miss’ run game is, LSU’s dual-threat offense will be too much for this Rebels defense.

LSU has dominated Ole Miss in recent years. The Tigers have won three straight games against the Rebels and seven of the last nine meetings. The Tigers also convincingly covered the spread in the two most recent wins. LSU was an 11.5-point favorite in their 45-16 victory last season and a 6.5-point  favorite in a 40-24 victory the previous year.

Ole Miss has home-field advantage for this game, but it really isn’t much of an advantage when you consider the Tigers undefeated record and the fact they’ve covered the spread in six straight road games. Ole Miss is only 3-3 ATS in six home games this season.

After such a big win over Alabama, you have to question the possibility of this being a letdown spot for LSU.

Joe Burrow and Ed Orgeron didn’t come into this season with the sole goal of beating Alabama, though. They have their eyes set on a national championship and won’t be slowing down against Ole Miss this week.

The Rebels’ run game may make this game a tad closer than the overwhelming betting total might indicate, but Burrow will go to work against a weak secondary to lead LSU to a solid win.

The post #1 LSU Getting 92% of Betting Handle vs Ole Miss at BookMaker.eu appeared first on Sports Betting Dime.