15 Lessons Brooks and Thanh Learned About Living a Productive Life 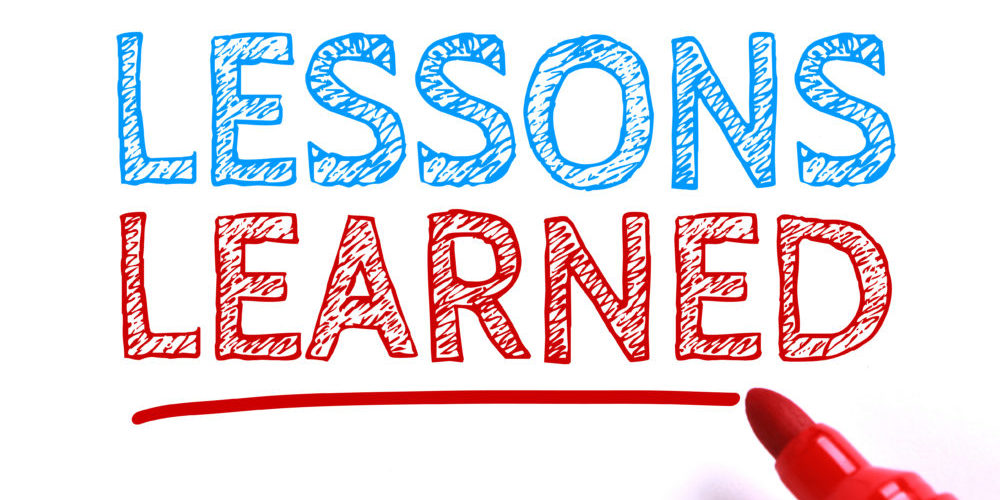 A few weeks ago, during our monthly video call, Brooks asked Thanh what he would do differently if he were to start his productivity journey again. It got all of us thinking because we all have a lot of things that we wished we did differently if we were given a chance to redo it. This simple question led to a podcast episode, which you can check here.

The lessons I learned by listening to Brooks and Thanh are priceless. These lessons will help you be more productive and avoid the same mistakes (they already experienced it for you), whether you’ve been in the productivity bandwagon for 20 years or 20 minutes. Although I have been with Asian Efficiency for four years, I still feel that I am a neophyte and I still have a lot to learn. Aside from my team, I learn from members of the Dojo as well. The Dojo is our exclusive online productivity community that we built to provide like-minded people (who always want to improve and be better and productive) the space to gather.

Why look back when you can’t change the past

Just because you can’t change it, doesn’t mean you can’t learn from it.

It’s always a good idea to evaluate what you’re doing and how you’re doing. This will enable you to learn, be better, and ultimately reach your goals. It’s never too late to make improvements. As I like to say, Kaizen all the way!

I want to share with you what Brooks and Thanh learned (they’re basically from the Productivity Jurassic Period) using the TEA Framework.

What are the lessons from Brooks and Thanh?1. Follow a proven method

Thanh’s greatest lesson is to follow a proven method. You don’t have to invent your own productivity system since there are already systems out there that work and are being used by countless productive individuals. As per Thanh, one common mistake that people do after they read a productivity book or after they listen to a podcast is they try to develop their own systems right after. They end up using a lot of time experimenting, installing and uninstalling apps, shifting from one system to another. When you do this, you waste a lot of time–a resource we cannot gain back.

When you follow a proven method, over time, you can make it your own because of the little changes you end up making along the way.

Brooks also agrees with Thanh since he has seen this happen even in the health spectrum. Someone tells you to follow this exercise routine, you do for a couple of weeks. Then you see something online and you follow that for a couple of weeks. With all these changes and not sticking to what works, you end up not making any progress at all.

Thanh mentioned something that I think you should always remember. If you’re using a system or framework that works 80% of the time, don’t let the remaining 20% push you into looking for another system. Stick to that 80%. Over time, you will be able to increase that by making small changes and improvements.

2. Be a calendar ninja

Do not take this very simple tool for granted. Get used to sticking to what you have on your calendar. If you added it on your calendar, then it must be important. As Thanh would always say “The more you have integrity around your calendar, the more time-efficient you become.” Use digital calendars so that you can sync it and share it with other people as well. What didn’t work for Thanh was scheduling every 30 minutes (blocking every 30 minutes on the calendar). If this works for you, well and good!

For Brooks, if it’s not on your calendar then it’s not happening. When you start allowing other people to disrupt what’s on there, it will end up disrupting your entire day and your plans with other people or with yourself.

3. Learn to use the Pomodoro Technique

The Pomodoro Technique is another lesson that Thanh wishes he knew way (way way way) back. This allowed him to get at least 2 hours of deep work even on days that he didn’t feel like doing anything. When you use the Pomodoro Technique, you essentially work in 25-minute blocks. Take a short break after. Then start another 25-minute block and so on.

We talk about this technique a lot and you can check this blog post to start.

4. Have a method of quick capture

How many times have you thought of something and told yourself you will remember it but end up forgetting about it? It happened a lot for Brooks. His initial solution was to carry a notebook, but eventually, he switched to digital. What did eventually work for Brooks was an app called Drafts that he has on his phone. When he needs something jotted down so that he doesn’t forget (a book, an idea, a task, etc), he immediately adds it to Drafts.

Thanh uses Drafts too especially for random ideas. For other things like tasks, then he would use OmniFocus’ Quick Capture. Every Sunday, during his weekly review, he goes through what he has written in Drafts and moves items around (things to add to OmniFocus, calendar, Evernote, etc).

HOWEVER, don’t make it a dumping ground and just leaving stuff there without taking any action.

Brooks noticed that when he slacks off and doesn’t do his weekly reviews, he falls behind his goals or things are not going according to plan. He learned that to move forward constantly, he needs to do his regular reviews and this is something that Asian Efficiency also advocates.

6. Be proactive with automation

We spoke about our biggest automation wins in our podcast and we also, just recently, released a new course about automation. Brooks automates a lot of stuff for Asian Efficiency and also his personal life. This is something he wished he did sooner rather than later and if he were to speak with the younger Brooks, he’d tell him to automate MORE. If he was more proactive with automation, he thinks he would have made more progress.

Automation had a compound effect in Thanh’s life as well. He’s still using automation rules that he has set up from 2009! If it’s something you do regularly and there’s a way to automate it, then do it. You will save yourself a lot of time and give yourself peace of mind.

Ever since Thanh started tracking his sleep using the Oura ring, he realized that sleep is the 80-20 to having more energy. He noticed that when he sleeps well (quality sleep) and he sleeps enough, he has more energy. His younger sleep sacrificed on sleep thinking that he was more productive since he spent more time awake and ‘doing stuff’. Knowing what he knows now, he would choose to sleep more because sleep is one key to a productive life.

If you feel that you’re not getting quality sleep, it could be that your mind is just too noisy. What Thanh learned is that when you quiet down your mind before sleeping, you get to sleep better (deep sleep). You can journal or meditate. Both can help your mind.

Naps are not just for babies and toddlers. Adults need to nap too. This is something that Thanh does as well. Extra energy boost? He might just take a nap.

(We released a new course in the Dojo about Sleep Tracking and how it can help with your productivity.)

We all know exercise is good for us but not everyone does it. Thanh noticed that the more regular his exercises were, the better his sleep and his overall disposition. It’s a no brainer.

9. Switch from coffee to green tea in the afternoon

While Thanh is a tea drinker, Brooks loves his coffee. What Brooks noticed is that if he has coffee later in the afternoon, he tends to have trouble sleeping. So when he is feeling sluggish in the afternoon or needs an energy boost, he drinks green tea instead.

10. Be more intentional with your morning routine

Do the most important thing FIRST, every single day. This is one of Thanh’s favorite and also the team’s. The idea behind this is if you finish your most important task at the beginning of the day, then you’ll breeze through the rest. This could also be the task that you would usually procrastinate on because you don’t like doing it. But if you do it first thing, when you have the most energy, you will not have issues finishing up your other tasks.

Thanh’s lethal combination is the Pomodoro Technique while eating your frog.

Brooks does the same thing. When he has issues just starting a task, he uses the Pomodoro Technique with eating your frog.

12. Have two hours of uninterrupted time every day

Thanh uses this as his focus time. That’s when he gets 80% of his most important tasks done. When you do this, you put attention on the things that are important to you.

If two hours is too much, you can always start with 1 hour. You can also use the Pomodoro as your starting point. You can start with 25 minutes of uninterrupted time until you can increase that to 2 hours. Even until now, Thanh still uses this technique when he notices that he’s procrastinating.

13. Make some time for thinking time

Every week, Thanh uses 30 to 60 minutes of his time just thinking. This is when he develops new ideas as well as think about the problems he has encountered and how he can resolve those problems.

We talk about this in detail in our podcast.

14. Look at your goals every morning

This is actually part of Thanh’s morning ritual. It will get your brain going. By looking at your goals, you can decide or think about what tasks you need to do for you to get nearer your goals. It’s a simple tip that has a big impact.

We always say, write down your goals. Brooks made a very good point when he said that even if you have your goals written down, if you’re not going to look at it, you might end up forgetting about it. Out of sight. Out of mind. Looking at your goals daily will also serve as your reminder of what you have set yourself to accomplish.

What Brooks actually said was to not switch to a new tool just because someone popular mentioned it on their blog or podcast. He learned the hard way. He ended up wasting a lot of time switching from one tool to another thinking that since it worked well for blogger x, it will also work well for him. Bottom line, if your tool is working just fine, don’t go looking for a replacement.

It’s never too late to make improvements. Pick one lesson that resonates with you, and make a first step to implement it starting tomorrow. Keep it going for at least a week, then review and see how it is going for you. Then over time, implement more lessons so that you are constantly improving.

Do you have any lessons that you’ve wished you learned before? Share it with us in the comments.