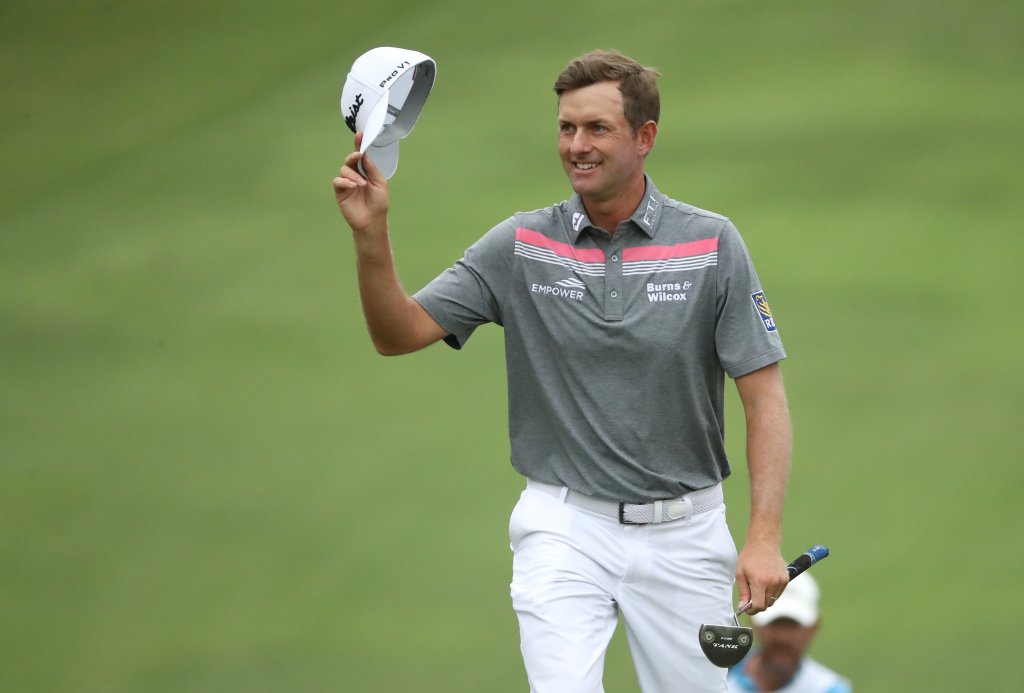 Another strong field this week heads to Greensboro, North Carolina for the Wyndham Championship from Aug 13-16
Webb Simpson, Kevin Kisner, and Ryan Moore are some of our favorite picks this week at Sedgefield Country Club
Check out below to find out the best matchup odds and picks for the 2020 Wyndham Championship

As the PGA Tour season comes to a close, the players will take on Sedgefield Country Club in Greensboro, North Carolina for the Wyndham Championship. Panic mode for players that sit on the bubble, as this will be the last tournament before the FedEx Cup playoffs start.

No surprise here as Brooks Koepka is a co-favorite with Webb Simpson at +1000 in North Carolina this week. The Sedgefield Country Club is similar to last week’s TPC Harding Park as a Par 70 and roughly 7,100 yards. However, expect the scores to be much lower as the weather won’t be as much of a factor.

I am now 5-1 in my last six matchup plays, with Brooks Koepka and Rory McIlroy winning their matchups with ease at last week’s PGA Championship. Might as well ride the hot hand as we look at my three favorite plays for this week.

Impossible not to take Webb Simpson this week with his track record at this tournament. Although his matchup is against Patrick Reed who finished 13th last week at the PGA Championship, Simpson has simply been too good in Greensboro.

Simpson has finished second at this tournament for the past two years. Moreover, Simpson finished third in 2017, sixth in 2015,  fifth in 2014, and won in 2011. If those numbers don’t make your eyes pop I don’t know what will.

On top of Simpson’s unbelievable record at the Wyndham Championship, he comes into this week playing solid golf. Simpson finished tied-37th last week with a final round of 72 and finished tied-12th the week before at the WGC Fed Ex St. Jude Invitational.

This is a course where you need to make a lot of birdies to win and Simpson has done that all year long. The Wake Forest product averages the fourth most birdies per round at 4.58. He is also 11th in Strokes Gained: Approach-the-Green, which is always a good stat to have by your side at a shorter course.

Reed has been inconsistent since the restart, so you never know what game he will show up to the course with. Simpson has played too well at this course to not be confident in his abilities against Reed. Take Wake Forest Webb.

Kisner has played well at East Lake (Donald Ross design) in the past and sitting in just 52nd in FedEx Cup standings will give him the motivation he needs to have a big week and beat Rose.

Kisner is heating up at the right time. The South Carolina native finished third at the Rocket Mortgage Classic a few weeks ago and had a stellar week at TPC Harding Park. Kisner was seventh in Strokes Gained: Putting and second in Putting Average at the PGA Championship last week.

Must seem like an odd play as Justin Rose is coming off a tied-ninth finish at the PGA Championship. However, Rose has never played this event and although he had a good finish last week – he did not hit the ball extremely well. His scrambling saved him and that won’t fly at Sedgefield as tons of birdies will need to be made to stay in contention.

Sungjae Im has had one of the more disappointing restarts on the PGA Tour. Since the Charles Schwab Challenge where Im finished tied-10th, the South Korean has gone on a tough stretch.

In Im’s last seven events, he has three missed cuts and not a single Top 20 finish. His best tournament in that stretch was a tied-35th finish at the WGC FedEx St. Jude Invitational.

Ryan Moore comes into this week with some confidence after a few good showings. Moore is coming off back-to-back tied-12th finishes at the 3M Open and Barracuda Championship. Moore’s key to success has been consistently finding the fairway as he is ninth in driving accuracy on Tour this season.

Moore won this event in 2009, finished 10th in 2016, and placed sixth in 2018. Coming into this week with some momentum, he should have no problem taking down a struggling Sungjae Im in his matchup.