4 mental habits that are sabotaging your dating life 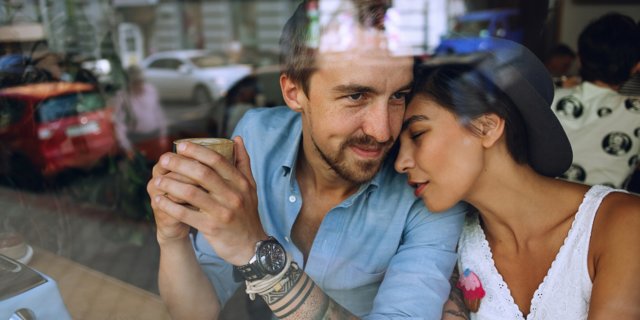 Many people looking for a relationships find it hard to avoid thoughts and behaviors that end up sabotaging their efforts.
A psychologist who discusses relationships with many of her clients says there are four common thought patterns we should avoid in our dating lives.
These patterns often push people away instead of bring them closer, such as instantly assuming a relationship has been established and not believing you can have what you want.

As a cognitive psychologist, no matter what reason people have to see me — depression, anxiety, self-esteem — we inevitably end up discussing their relationships.

Relationships are integral to our mental health and sense of well-being, and most people consider having a healthy romantic relationship to be one of their biggest goals in life. For those who are trying to find someone, there are often specific patterns of thought and behavior that repeatedly sabotage their efforts.

These four common patterns of thinking often push people away instead of bringing them closer. You haven’t even sent the first text and you are already imagining what your kids will look like. A tendency to imagine what our life would be like with a potential new partner is almost universal. Why do we do this? Our brain‘s reward system, which is powered in large part by the feel-good neurotransmitter dopamine, is activated by the anticipation of rewards. That means just thinking about what could be with this new person (lots of rewarding experiences) can flood your brain with chemicals that make you feel strong positive emotions.

Your imagination is very powerful. The upside of this is that it keeps you in pursuit mode, which is more likely to lead to a relationship. The downside is that it often creates expectations that aren’t appropriate for someone you just met, which can cause you to display overly intense emotions or behaviors that might scare the person away. People want to be liked for who they are, not for a fantasy you’ve projected on them.

When you notice yourself jumping ahead, pull back and remind yourself that unless you have had a discussion about being in an exclusive or committed relationship, you are just in a period of data collection, otherwise known as dating. Just like when you collect data on which cellphone or computer to buy, you are gathering information on whether or not this person is someone you would like to be in a relationship with. Just like cellphones, someone can look bright and shiny on the outside, but when you look more closely they may not be what you really need or want. Skipping the data collection phase on any important decision can have negative consequences. Try reframing your dating experiences as data-ing. It doesn’t sound romantic, but it may help you slow down your impulses so you can make better choices.

2. Not believing you can have what you want In order to get what you want in life, first you have to know what you want, and you have to believe that you can attain it so that you will take the actions that lead you to create the experience. For some, knowing what you want can be a problem, but for most people, it is the lack of belief that they can have what they want that keeps them unhappy and causes them to settle for much less. For example, if you want to be with someone who is willing to wait until you are a committed couple before having a physical relationship, you have to be able to articulate that to potential partners and not choose behaviors that show you are willing to settle for less. Settling for less might be giving in because you believe that the other person might not stick around until then, either because other people are willing to get physical sooner or because you believe you are not worth waiting for.

Take the time to evaluate what you sincerely want from a relationship, not what you think you can get. Then write down what the behaviors are that are consistent with what you want. Review your own behavior, and be honest about evaluating whether it is consistent with what you are hoping for. If not, you will have to work on changing your expectations. (To learn how to change your expectations, click here.)

3. Thinking you won’t be OK if you don’t get what you want Paradoxically, while it is very common to believe you will not get what you want, it is also very common to be so fearful of not getting what you want that people avoid things that might confirm what they already believe to be true. For example, if you think that the person you are dating may not want to have a committed relationship, then instead of coming right out and asking how the other person feels about where your relationship is going, you may avoid the conversation altogether. This allows you to temporarily avoid the pain of disappointment that feels inevitable and intolerable, but it only makes things worse in the long run.

It’s important to know what you want in life, and it is equally important to know that even if you do not get what you want, you will still find a way to be OK. This allows you to avoid being overly emotionally attached to the outcome. And the only way to truly do this is to feel secure about who you are on the inside. When you are confident about who you are, you are not dependent on other people or external circumstances to keep you happy. You know that success in life is often built on many failures and that every opportunity can teach you something that makes you more likely to succeed the next time. (To learn how to build your self-confidence, click here.)

SEE ALSO: 11 signs your old relationships are affecting your current one