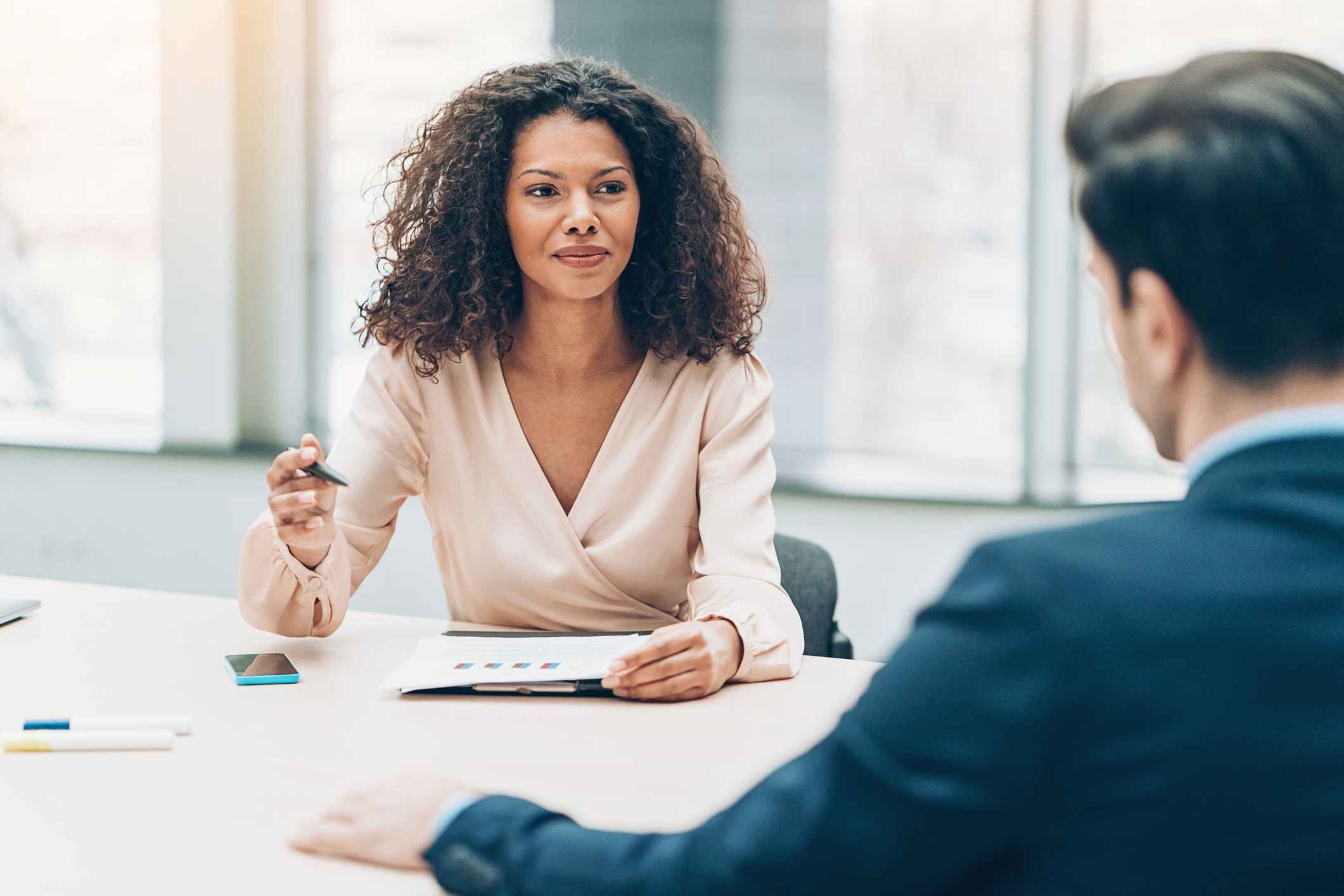 For nearly two decades as an agent, I negotiated deals in the high-stakes, big-ego world of professional sports. You know the famous scene in Jerry Maguire, right? A wide receiver (Cuba Gooding, Jr.) tells his agent Jerry Maguire (Tom Cruise) that he’s unhappy with his contract. “Show me the money!” he implores, insisting that Maguire scream it back at him with the same unrelenting passion, and they chant until everyone is staring.

That wasn’t exactly how the day-to-day played out in my office, but the environment gave me a unique perspective on how to get deals done and—given that I was one of the only female agents—how to tackle the biases that women in all fields face when it comes to negotiation.

Negotiation inherently requires a level of discomfort. Gender adds another layer of complexity. And negotiating big deals in a traditionally male-dominated industry gave me a front-row view of that intersection.

Here’s how it showed up. Some of the baseball GMs I negotiated deals with were firm members of the good ol’ boys’ club. When I arrived with my male colleague, one assumed I was merely the assistant there to capture the proceedings. A manager of a Major League Baseball team once yelled at his player, “Hey, quit talking to that chick,” as the player quietly corrected him, “That’s my agent.” There was the PGA Tour rep early on who put my player’s contract in his locker at a tournament, attempting to go around me. And the bosses who told me I should just be “grateful to be in this role” as a female.

My point is that gender is powerful. Whether overtly or subtly, it can limit what we think we are allowed to ask for—and whether we ask at all. Studies show that, on average, women expect lower salaries than men do. That’s a cultural problem, one that’s reinforced by the realities women face at work. But as we slowly try to fix it on the policy level, I’ve learned to use what I observe as data, turning moments of defensiveness into curiosity and connection. My approach was to over-deliver in order to ensure that clients respected me and, preferably, liked me. I might pick a moment, usually within the first few minutes of a meeting, to show off my deep knowledge of their sport. That established my credibility quickly and firmly before I moved on to forming a personal connection. And that’s when the conversation changes.

It’s been proven that as women, we tend to be better at negotiating on behalf of others. Did your kid get assigned to the wrong class at school? We’ll light a fire until that gets fixed. Did someone on your team get overlooked for a promotion? We’ll advocate for them. Yet during my years negotiating on behalf of athletes, coaches, and talent, I also learned how important it is to go to bat for yourself.

I have three daughters—a 15-year-old and 14-year-old twins. I try to envision my girls graduating college and entering the “real world.” I want them to understand the power of their voices. And I want them to use their voices to ask for what they want. I may have taught them too well. My oldest recently renegotiated a deal about how we would split the cost of an expensive dress she wanted for a school dance. The terms were solid. Then, she proposed a new option, remembering a gift card I’d given her a few weeks earlier. “Thanks for the gift card, Mom,” she said. “But I’m thinking I don’t need it. So why don’t I give that back to you and you can apply that amount to the cost of my dress?”

In a professional landscape that’s less than equitable, I want her to know that when no one offers you a seat, you pull up your own chair. One thing I know: Wait for an invitation to negotiate, and you’ll be waiting a long time. Here are a few tips to up your negotiating game:

Tap into the motivation behind your ask. When I negotiated on behalf of athletes, I recognized that I wasn’t just negotiating for more money. I was negotiating a deal that had the potential to change their and their families’ lives. This is important because we often fear that asking for money makes us greedy, when actually money can help us achieve our goals. The next time you negotiate a raise, consider the impact those additional resources could have. Maybe that extra money allows you to enroll your child in a better school, buy your first home, or go back to school yourself. Asking “Why do I want this?” will help you find the courage to ask with confidence. You’ll be negotiating not just for cold, hard cash but for the life improvements they’ll bring you.

This means putting yourself in the other person’s shoes so that you understand their goals, needs, values, and fears. People tend to filter the world through four different perspectives: financial, strategic, logistical, and relational. Knowing who you are negotiating with and what they value most will help you adapt your communication style and understand what to research. If you’re negotiating a raise with a boss who mostly views the world through a financial mindset, they’ll be focused on results. Approach that person with data and logic—and be concise. How have you contributed to the bottom line? If your boss is more strategic, lay out your vision for how you’ll grow your position. If they’re relational, they may value how you’ve stepped up as a leader.

You won’t get far in a negotiation if you can’t find common ground. People want to know: Do I like you? Can you help me? Do I trust you? Favor columns allowed me to build relationships with people who are tough to connect with. A favor column is anything that adds value, delights, or helps solve a problem for another person. That can be a gift, like a bottle of wine on their birthday or a book you think they’d enjoy. But it doesn’t need to be. Making an introduction to a potential client, helping their child with an internship search, or simply sending a link to a podcast they may enjoy is very effective in building favor. It may seem counterintuitive to invest in the relationship with the person you are negotiating with, but you are showing them what the relationship can be.

In our negotiation workshops, I share a tool called the EWOC analysis:

Ask for exactly what you WANT. Ask for what you want, not what you think the other side will give you. Remember, if you’ve practiced 360 awareness and built favor, then the negotiation is just the start of the conversation.

Offer multiple OPTIONS. Multiple options create room during the negotiation for the other side to decide what’s best for them. For example, you might ask for a higher base salary or specific bonuses and incentives. This allows the other side to determine what risk they want to assume.

Now go do it for yourself. And when I say for yourself, I mean just that—study up on your strategy but don’t try to mimic a negotiating style that’s not authentically you. You don’t need to play by the “boys’ club” rules to be effective. I embraced my femininity, even my outsider status, as a sports agent and reframed it as an opportunity.

Most importantly, practice. Most men feel more welcomed at the negotiating table for a variety of social and institutional reasons. They do it more often and, as a result, get better at the skill. But take a page out of my daughter’s book—effective negotiating is just a conversation. You can do it anywhere.

Molly Fletcher is the author of A Winner’s Guide to Negotiating. As founder of The Molly Fletcher Company, she draws on decades of experiences working with elite athletes and coaches as a sports agent and applies them to the business world.

This article originally appeared on Instyle.com

The post 4 negotiating tips every #girlboss should know before asking for a raise appeared first on HelloGiggles.