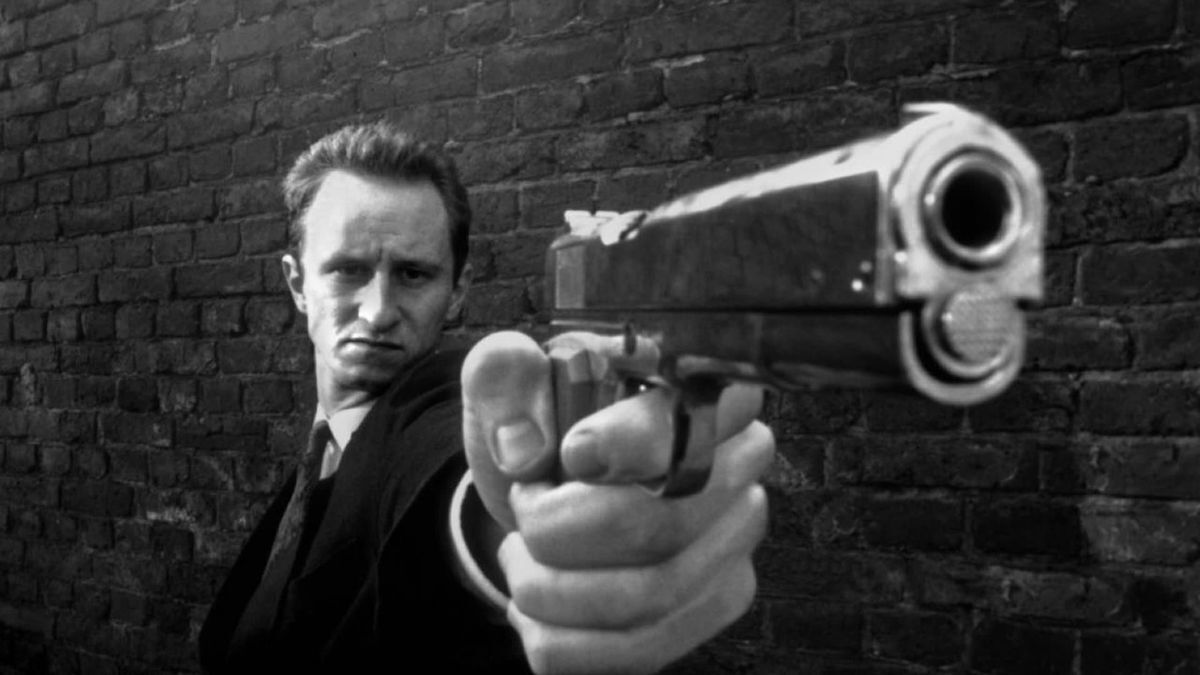 Horror is an expansive genre. Without breaking a sweat, it can encompass films as diverse as social parables like Get Out, sci-fi haunted houses like Alien, monster brawls like Freddy vs. Jason and harrowing family dramas like Hereditary. That can make the borders between horror subgenres a little fuzzy, but among them all, there are those that are, without a doubt, truly, brutally, horrific.

We’re talking about the troublemakers, the nauseous explorations into the dark that empty festival theaters and earn zero-star reviews. They seek to transgress, to horrify by breaking unwritten rules of decency and tradition. Horror movies of this type are a bit like pornography: you know them when you see them, and you’re not necessarily proud to have them populating your watch history.

But among the merely cruel and exploitative (which arguably make up the bulk), there are movies whose intensity has a purpose, artifacts of artists grappling with the worst aspects of human nature in good faith. Movies worth a watch…if you can stomach them. So let’s go digging in a dumpster labelled TASTELESS MOVIES and see if we can find a nutritious meal; the truly twisted horror movie that’s worth watching (once). It’s a dirty job, but someone’s got to do it. 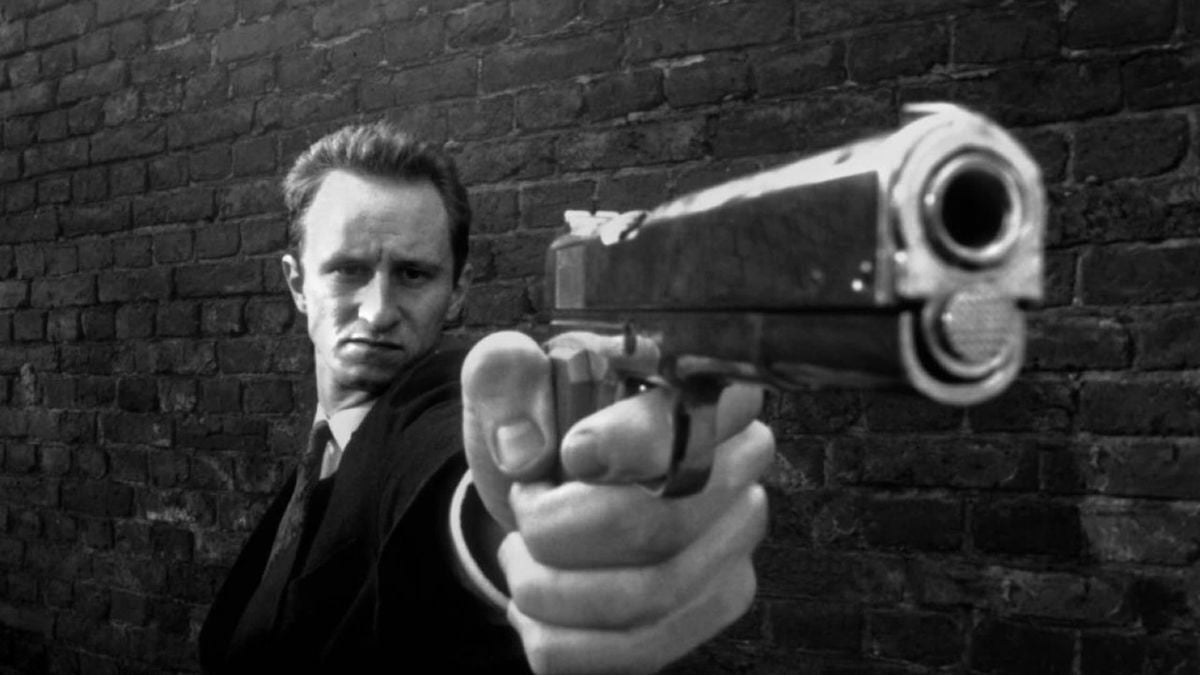 Man Bites Dog (the literal translation from the original French title is “It Happened Near Your Home”) is a bit like The Office meets American Psycho. A small film crew follows a wordy serial murderer named Ben on a surreally unopposed killing spree while he rambles on about his tactics, favorite targets — postmen — and how to properly weigh down childrens’ bodies. His bizarre life does not cease to be horrifying, but it is often darkly comical, like when Ben drops yet another bodybag off a bridge after a great deal of intense effort only for it to land on a ledge several feet above the waterline. Hilarious!

That One Scene: If you’re not avoiding Man Bites Dog because you hate reading subtitles, consider avoiding it because of the scene where Ben’s crew take part in a home invasion and the rape and disemboweling of a family. Even in black and white, it’s a hard moment to watch, both for the sheer brutality on display and the sneaking suspicion that, like the filmmakers, you are somehow an accomplice to Ben’s casual evil.

Why It’s Worth a Watch: It’s almost impossible to come away from Man Bites Dog without some bigger takeaway,  with its themes of the media’s complicity in public violence and the distancing effect of filmmaking, to reflexive statements on the nature of documentaries and horror itself. Although its most infamous scene is truly sickening, we’re clearly being sickened with intention.

Comedians often try to get you to laugh as a way to trick you into thinking. Horror sometimes pulls the same trick by shocking you. Man Bites Dog accomplishes both. Pair it with Reservoir Dogs for a solid one-two punch. 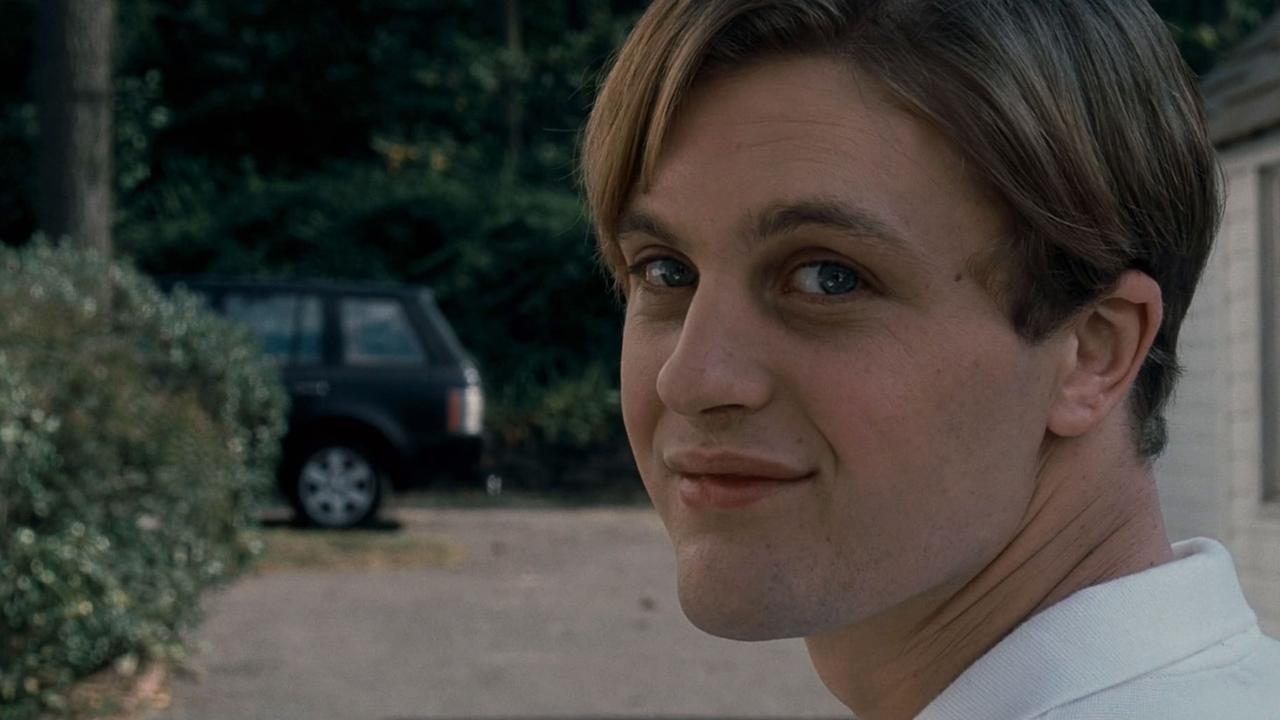 Funny Games, both the original Austrian movie and the U.S. remake that we’re recommending here, concern two pale weirdos harassing and torturing wealthy families in their homes for no reason in particular. In fact, it’s the movie’s stubborn refusal to give the villains any kind of rational motivation that is its genius, as your dread of what they’ll inflict on their victims next merges seamlessly with your fear that, in the end, you’ll never get an answer. You’ll never get to know why so much pain and horror came to be or how to make sense of it all.

Even as the killers deliver a rambling monologue in the shape of a scene that you’d expect to reveal their inner workings, writer/director Michael Haneke resists the urge to explain. These monsters do not need a reason. They simply are, and they cannot be stopped or diverted. With this small act of withholding, the movie strikes at perhaps the truest horror there is: Sometimes terrible things happen for no reason at all.

That One Scene: Unlike the other entries on this list, Funny Games does not revel in gore; violence certainly, but most of the gruesomeness is implied or obscured. Instead, what strikes terror into the viewer’s heart is the sheer unstoppability of the killers, a quality that reaches its apex when the family are forced to make a grim choice about who among them will survive. Then, a scene later, and with an act of sheer betrayal — of the audience, of the unspoken contract that films make with the viewer — Haneke rips the narrative rug out from under us in a moment too good to spoil.

Why It’s Worth a Watch: Funny Games is a frustrating and inscrutable movie if you’re the type who wants things to make sense in the end. But life often fails to make sense, and this film is willing to take that same liberty. Meanwhile, masterful filmmaking keeps us invested in the victims’ well-being deep into the third act, and stellar performances across the board conspire to make the experience so brutal that it might take a second viewing to realize how little violence you’ve actually witnessed.

Hitchcock would be proud of the maneuvers used to ratchet up tension here, and probably disgusted by the extremity with which those tools have been employed. In the end, the scariest part is that you’re likely to find yourself leaving the movie a little more nihilistic than you were when you found it. 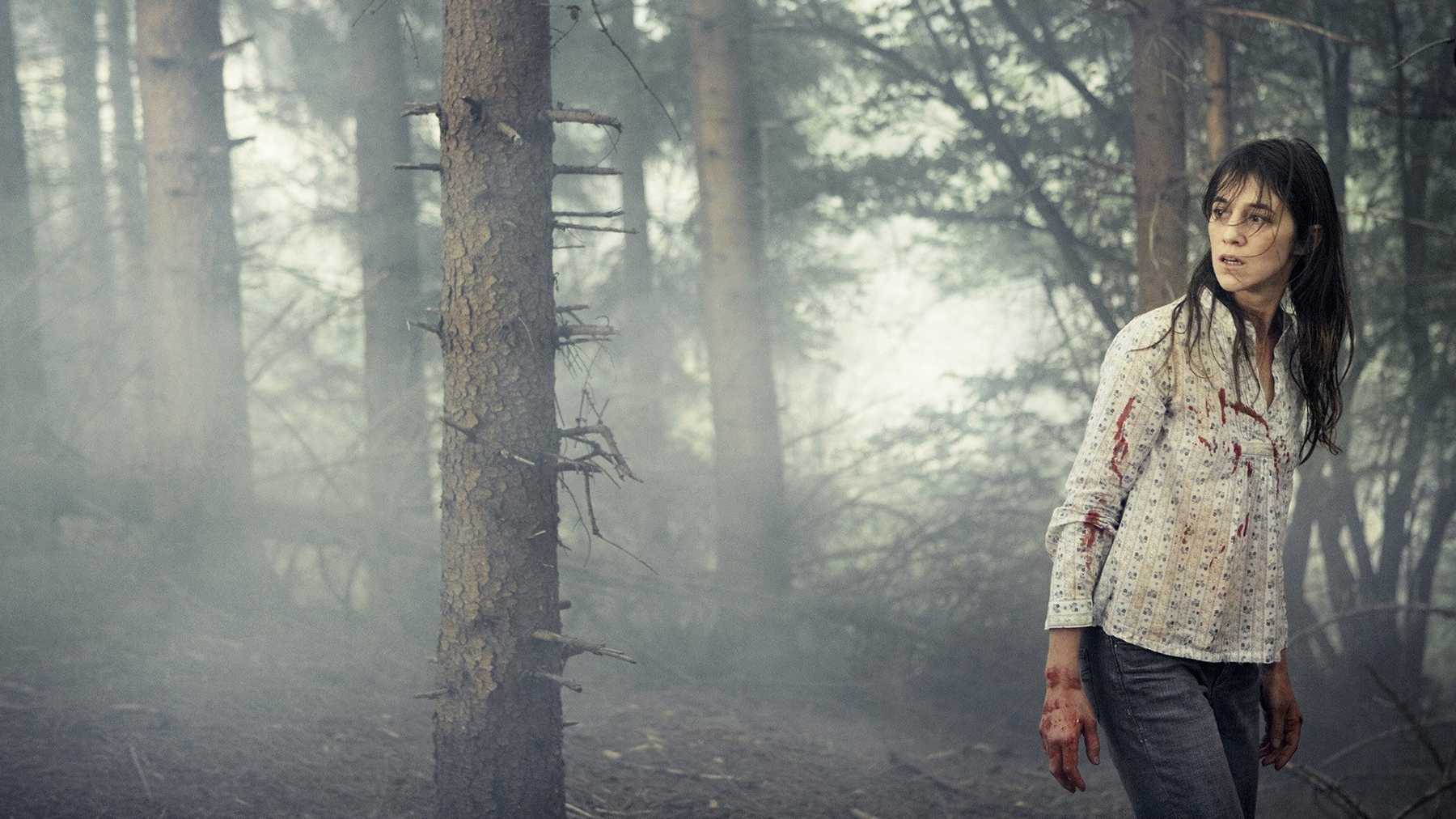 In a forest called Eden, a woman who fears nature and Satan partakes of knowledge and suffers the consequences. Like The Lighthouse, Antichrist sees Willem Dafoe slowly driving the only other cast member mad in a tiny building in the middle of nowhere. This time it’s a cabin, and he and his wife are mourning their recently deceased son. The question is, will his attempts at psychotherapeutic and sexual intervention bring her back from the brink of insanity? Or more troubling still, is she even insane?

Whether taken literally, interpreted as a Biblical allegory or seen as an indictment of society – and psychotherapy specifically – the film seethes with a unique melancholy that has become director Lars von Trier’s signature. It’s a movie for us weirdos who saw Hereditary and thought “that was a bit saccharine, wasn’t it?”

That One Scene: So…okay, so imagine you’ve become convinced of the medieval/religious notion that sex is evil and shameful. Then so are genitals, right? I won’t spoil the details for those who like their horror freshly spurted, but let’s just say: Two genitals enter, no genitals leave.

Why It’s Worth a Watch: Lars von Trier is one of the rare directors who almost exclusively lives in the extreme/transgressive horror genre. Melancholia aside, dude is dark. And of all his fevered nightmares, Antichrist is arguably his masterpiece. Multiple viewings will give you more to meditate on…if you can bear it.

Densely packed with obvious religious iconography and underlaid with subtler clues, it’s at once a bleak confrontation with our puritanical fear of sex and an empathetic look at the unrelenting challenges of coming back from trauma and mental illness. Willem Dafoe and Charlotte Gainsbourg turn in phenomenal, powerful performances, it’s gorgeous, it’s got a solid plot twist at the heart of it, and I swear the talking fox means something if you think about it for long enough.
Audition (1999) 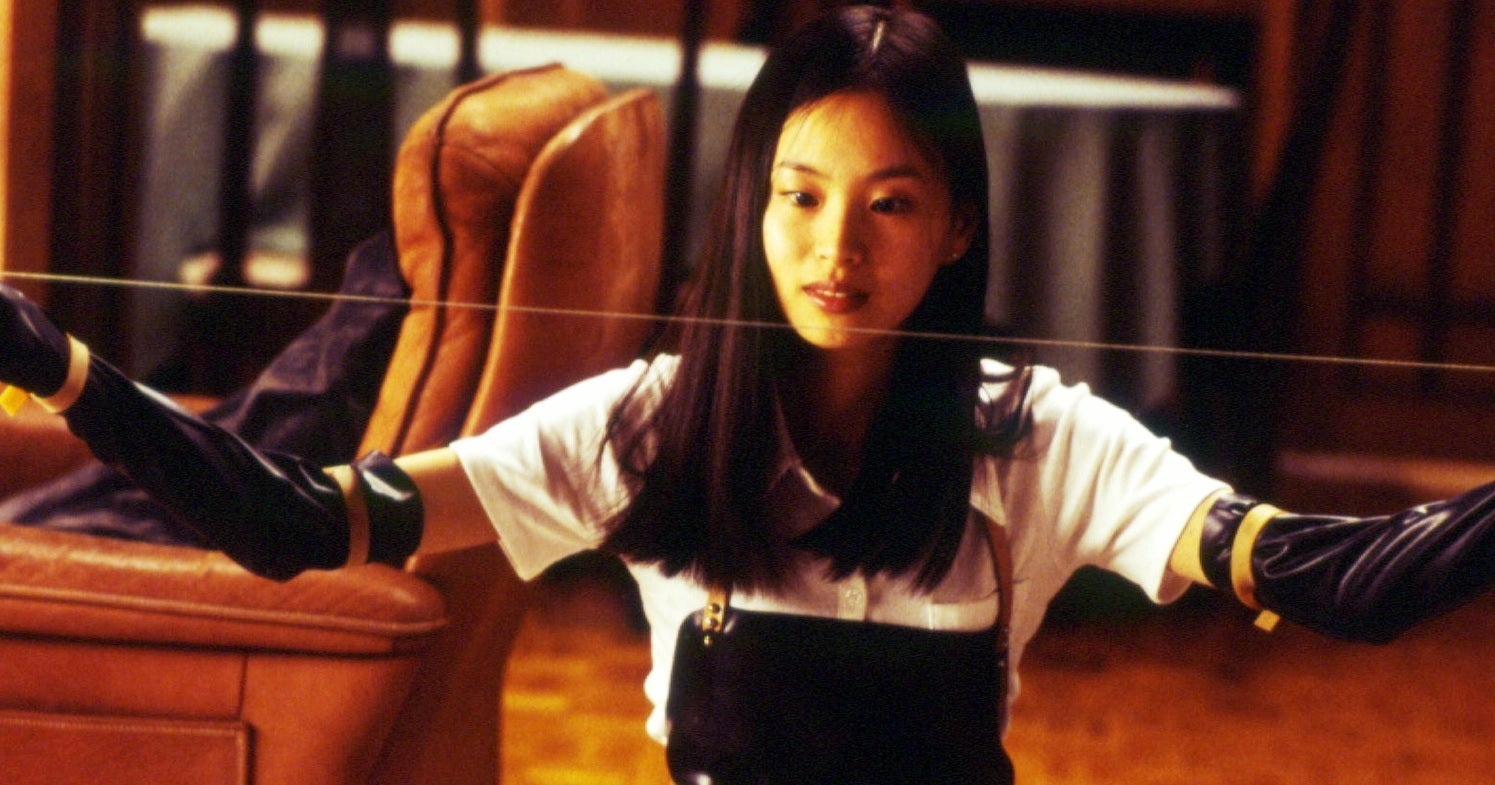 Writer/director Takashi Miike is no stranger to the sick and twisted, but Audition may be the tightest and most focused nightmare he’s yet brought to life. At the center of things is Asami Yamazaki (played by Eihi Shiina), an aspiring actress who embodies everything an aging, slightly creepy movie producer might be looking for in a starlet.

Of course, when the aging producer in question, Shigeharu Aoyama (Ryo Ishibashi), tries to use the audition process to find himself a pretty young wife instead, what could make for a tired  rom-com scenario instead turns into a grueling tale of obsession and sociopathic punishment. Asami, among other, more disturbing character traits, is sick of being manipulated, overlooked, and diminished by old men in suits, and she’s taken it upon herself to dish out an overdose of pain to those who’ve wronged her.

That One Scene: At the risk of spoiling the “Why It’s Worth A Watch” segment, let’s just say Audition is a vicious skewering of the old-Hollywood type movie executive in more ways than one. Shield your eyes, friends.

Why It’s Worth a Watch: Whether you find Asami’s revenge depraved or justified (hint: it’s depraved), Miike is inviting us to think about the insidious forces that infest his industry and the consequences they can have on the lives of those who dream of stardom. That a male filmmaker in 1999 examined the misogyny that runs rampant behind the scenes — and giving a young woman the role of truly terrifying horror monster — was, and remains, laudable.

That the film has been accused of sexism in its own right only draws focus to the fact that the themes it attacks are complex and deserve extensive attention and debate. It may be an imperfect examination of the topic, but Audition takes a touchy subject and handles it with the opposite of kid gloves, like some kind of barbed-wire gauntlet. It’s a thrilling piece of filmmaking bravery, and a must-watch for extreme horror fans.
Martyrs (2008) 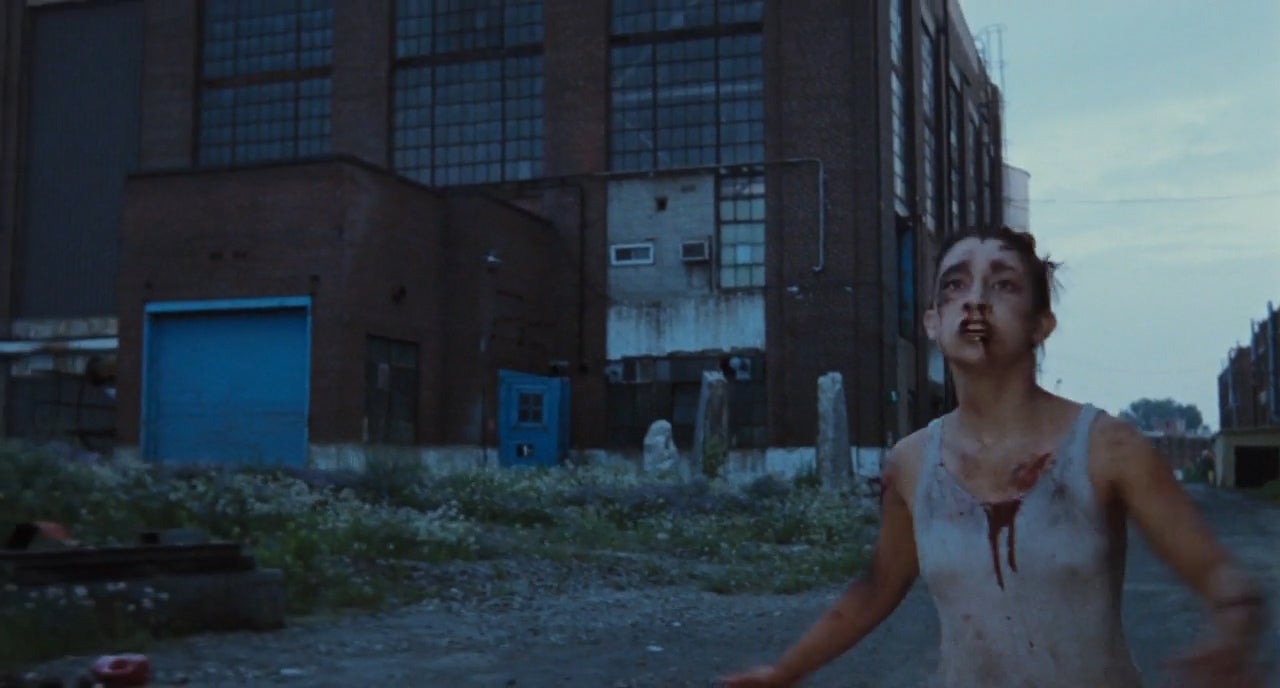 Being completely honest, the thing I am most afraid of in real life is my own inevitable death, because I’m a rational, thinking human. Horror has often been said to play on our shared discomfort with the unknown, and it’s hard to imagine a greater, more crucial unknown than what happens to us after we die. Nothing? Something? There’s a very key difference between the two, so it’s little wonder a cadre of evil religious-types like those depicted in Martyrs might, if they could, try and unlock that secret.

Unfortunately for our hero Lucie, their methods for doing so include kidnappings, beatings, torture, and applying the extremes of pain to young innocents in the hope of inducing a transcendent state of near-death and peering through the veil. In chronicling Lucie’s ordeal, writer/director Pascal Laugier revolted audiences at Cannes and carved out a permanent place in the psyche of every fan of challenging horror. The facile 2015 U.S. remake notwithstanding, Martyrs remains one of the rare examples of torture-porn with a point.

That One Scene: The name of the martyrdom game is pain, and Lucie can take a lot of it. In the final ritual she endures, she’s forced to do her best impression of a Bodies: The Exhibition standee. Of course, she’s still alive at the time, which makes the prospect less appealing and more appalling.

Why It’s Worth a Watch: Much like the significantly less-terrifying Lost in Translation, Martyrs’ climax revolves around a whisper that we the audience never get to hear. How that forbidden knowledge then disseminates — or fails to — and the impact it has on those around Lucie doesn’t point to a singular clear interpretation, but has invited some of the most interesting and frank conversations about death and dying I’ve ever had with friends. Martyrs, like many good movies, raises a vital, pertinent question, and leaves answer-shaped wreckage for us to interpret as we may. It’s a difficult watch but, then, so is life.

What do you think of these twisted tales of terror? Let’s discuss in the comments. And for even more on the genre, check out the best horror movies on Netflix right now.