50 miles by foot: The training diary of long-distance runner 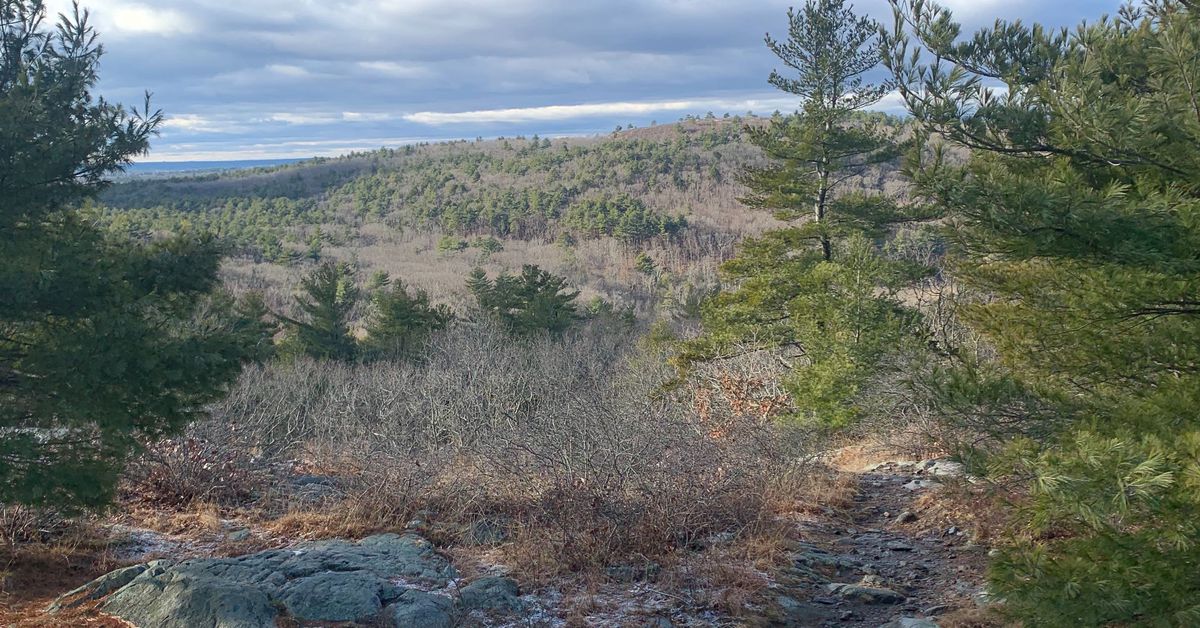 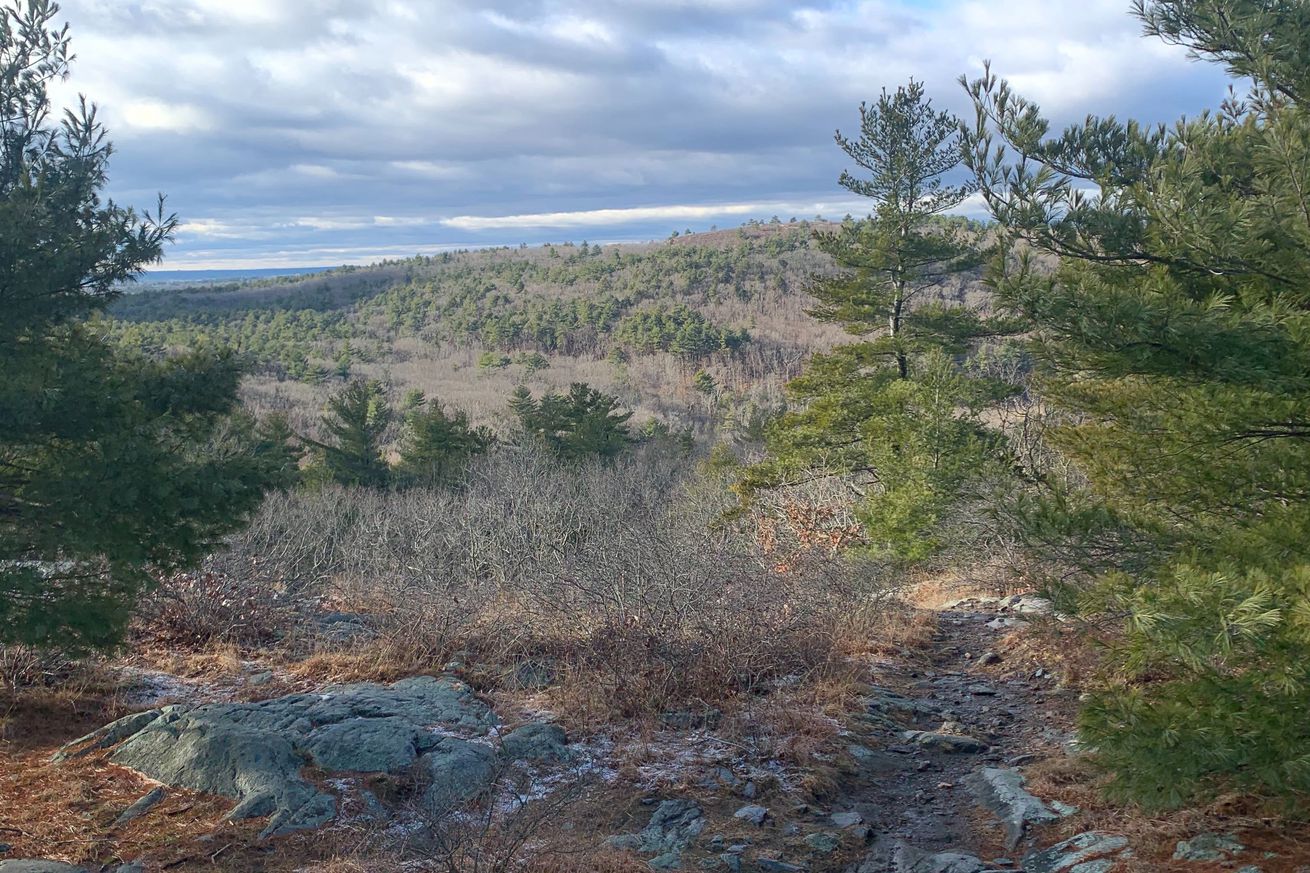 Behind every big goal is a series of smaller steps. How one runner plans to exceed his limitations and reach his potential.

I run a lot. When I’m not running I’m usually planning my next run, or thinking about ways to maximize recovery. My strength and stretching routines are tailored around running, and so is my nutrition and sleep pattern. I’m fortunate that my boss affords me a considerable amount of flexibility to get my workouts in, which I don’t take for granted. When he suggested I publish a training diary I was ecstatic — what better thing to write about than that which you love the most?

I was also a little apprehensive because running has always been a solitary pursuit for me. I don’t post my runs on Strava, I rarely run with other people, and my idea of a perfect running day is four hours of splendid isolation deep in the woods. I’ve kept a training diary for years, but it was never intended to be read by anyone else. Offering up my passion for public consumption is like inviting you all to peek inside my brain.

Still, I couldn’t let this opportunity pass. My aim with this diary is to share a bit of the knowledge I’ve accumulated over the years, and provide some inspiration whether you care about running or not. This exercise will also hold me accountable as I pursue a number of ambitious goals. My plan is to run my first 50-miler this fall, along with a pair of 50Ks in April and June.

Obviously, I want to be at my best on race days, but my real training goal for 2020 is to reach my physical peak and come to terms with my mid-40s body. I don’t know what that will look like in the mirror or how it will manifest itself in terms of race performance, but I’m not after vanity or validation. I’m not even sure what reaching my physical peak even means at age 45, but I figure I’ll find out when I get there provided I train with a purposeful focus.

After I stopped running competitively in high school, one of my greatest regrets was wasting my prime running years. From the time I got out of college to my late 30s I rarely had any kind of goals or aspirations regarding fitness, other than the thought that I should get myself back into shape from time to time.

I had a number of breakthroughs when I resumed training in 2013, but I was never able to run a sub 3-hour marathon or qualify for Boston. Maybe I could have broken 18 minutes in a 5K like I did in high school or run a half marathon in the 80s. I believe I had that potential and I’m absolutely certain that I squandered it.

I made tenuous peace with that regret when I started trail running in the fall of 2017. If road running is all about pacing and splits, trail running requires patience, technical skill, and consistent effort rather than raw speed. An 11-minute mile over rocky terrain is completely different than a 6-minute mile on flat asphalt. (Not better, mind you, just different.)

With three 50Ks, a mountain marathon and a couple of halfs in my ultra signup profile, I now have a baseline for trail running performance. I’m competitive in my races, but I’m learning to let go of time and place. My true competition is only with myself and I know of no harsher critic. I want to be able to look in the mirror at the end of this racing season and honestly say that I gave my best effort. That’s the goal.

That’s easier said than done because one of the most essential lessons of training into your 40s is accepting your body as it is, not what it was. I’m a little bit slower than I used to be, things hurt just a little bit more than they used to, and for longer. Accepting yourself and letting go of your ego in that manner is liberating. It’s also terrifying.

After I returned from the NBA Finals last June, I was confronted with a few harsh realities. I put on more weight than usual during the playoffs and it wasn’t as easy to lose as it had been in the past. The more I pushed to get back into shape, the more I put my body at risk.

Aches and pains are a way of life for runners, but the stress was threatening to overload my system. I experienced knee soreness, lower back stiffness, and a weird ache in my left shoulder that I haven’t been able to resolve. All of that was extremely frustrating, but it forced me to reevaluate my approach to training.

For starters, I needed to give myself a break. I tried to take rest days without guilt and emphasized quality runs over quantity by cutting out anything that could be considered a junk run. In addition, I made a renewed effort to dial in my nutrition and get proper sleep. In September, I experienced a breakthrough 50K performance that gave me confidence in this kinder, gentler approach.

Once that race was over I thought hard about the future. Over the years I’ve followed big highs with debilitating lows. Whenever I resumed training it felt like I was starting over from scratch. What I needed was a longer term focus. That process began with an honest accounting of my body.

Like most runners I have weak hips, glutes, quads, and back muscles. In the fall I turned my attention to strengthening my core with body-weight exercises and long bouts of power hiking. My mileage dropped, but my overall health and fitness improved. When the calendar turned to January, I was ready to return to structured training.

The word “structure” is a bit loose because I’m not following a set plan, per se. Rather, I’m taking bits and pieces from past training experiences to form an outline that rolls short-term goals into mid-range benchmarks in pursuit of a larger ideal. I’m going to roll with the punches, retain flexibility, and above all, make a concerted effort to listen to my body.

My primary sources are the Hal Higdon training manuals that were essential to me as a beginning runner and Krissy Moehl’s Running Your First Ultra. Backstopping that is Build Your Running Body, a comprehensive manual that cuts through a lot of noise and strives for clarity over gimmicks.

At the outset, my training pattern will consist of two hard weeks with a recovery week in between. By March I’d like to build up to three weeks before getting to a recovery week. All things in due time.

My goal for January was to re-establish a consistent rhythm of five running days a week anchored by a long run on Sunday. Some people prefer to run six days, but I’ve found that an extra day to focus on strength training and flexibility has been invaluable.

On that note, there is no one training method because — duh — everyone is different. Look around the Internet and you will find everything from the proper balance of speed work to endurance training to the effectiveness of stretching. We haven’t even begun to discuss hydration or nutrition yet and let me tell you, there are opinions!

For the record on stretching, I employ a short dynamic flexibility routine to get my body flowing before runs. I don’t consider my workout complete until I get in a 15-minute cooldown stretch utilizing elements of foam rolling, vinyasa yoga and active isolated stretching techniques.

Many people would disagree with this approach and that’s their prerogative. I know my body, or think I do. Everyone is encouraged to take that journey for themselves. I don’t presume to offer advice or guidance. This is a quest for knowledge and experience.

Ok, the numbers for January. (I’ll do this every month.)

Some will see that number and think it’s a lot. There are endurance runners who consider 160 miles a good week. It’s all relative. That’s a solid number for me as I build my base level of fitness. It averages out to a little more than five miles a day, which I consider an initial benchmark for serious training.

In January I topped out with a 45-mile week. In February, I’d like to break into the 50s consistently, which I’ve only done during a peak training week here or there. That said, I try not to get too wrapped up in raw mileage because the body knows stress not miles.

For years, runners followed the 10 percent rule; as in limit your mileage increase to roughly 10 percent of the previous week’s total. That’s been widely debunked, but I still find 10 percent to be an effective range for mileage buildup. I’ll use it as a guideline and make adjustments as needed.

Again this is relative. Serious mountain runners knock that out in a couple of climbs. I live at sea level with nary a mountain in sight. My serious climbing opportunities may be fewer, but they are extremely technical with roots and rocks and all kinds of trippables that will mess you up if you take a wrong step.

Because the trails around here are so gnarly, it’s a matter of wanting to get that vertical. I’ve made an effort to take on the toughest routes during my runs. My amount of weekly vert topped out at 6,200 feet. Like the mileage, I’ll continue building from that base in February while increasing the intensity of my dedicated hill workouts.

Also, the downhills are just as important as the uphills in trail running, especially for the races I’m doing. Getting comfortable with moving efficiently on steep technical terrain is one of my biggest priorities.

My first race in April is on an unmarked course with a considerable amount of technical climbing. That’s more about survival than speed. My later races have even more vertical gain, but are way more runnable. I’ll mix in some speed work here and there this winter, but I’ll focus on pace this spring and summer.

I’m more concerned with maintaining a consistent effort over long periods of time, so I measure my long runs by duration rather than distance. My longest long run was 16 miles over 3 hours and 45 minutes with 2,700 feet of climbing. I’ll aim to build up to five hours and 4,000 feet by March.

Consistency: 20 runs out of 23 scheduled workouts.

I skipped a pair of easy runs for what I’ll call life maintenance (parenting, job, illness) and took an extra rest day during a recovery week. The weather mostly held up, but I ran through snow, ice, and extreme cold. One of my mantras is bad-weather training is excellent training. Builds character.

Strength Training: Consistent effort, not too much

I love strength training, sometimes it doesn’t love me back. My issue is balance. Too much strength training can overload my system and lead to breakdowns, especially as miles begin to build during heavy running weeks. Finding balance is an ongoing theme for me this year and I think I found an appropriate level in January. I’ll get into the weeds on strength training later.

Overall I feel positive about resuming my training. I had no major injuries and only minimal issues with motivation, usually from a lack of proper sleep. I’m going to continue prioritizing sleep as the training gets harder along with adequate nutrition. If you’re going to run a lot, it’s important to eat enough calories.

There’s plenty of time for all of that. Right now I’m going to slip into some compression tights and plan tomorrow’s run.