50 pounds lost! I haven’t been this weight since college! 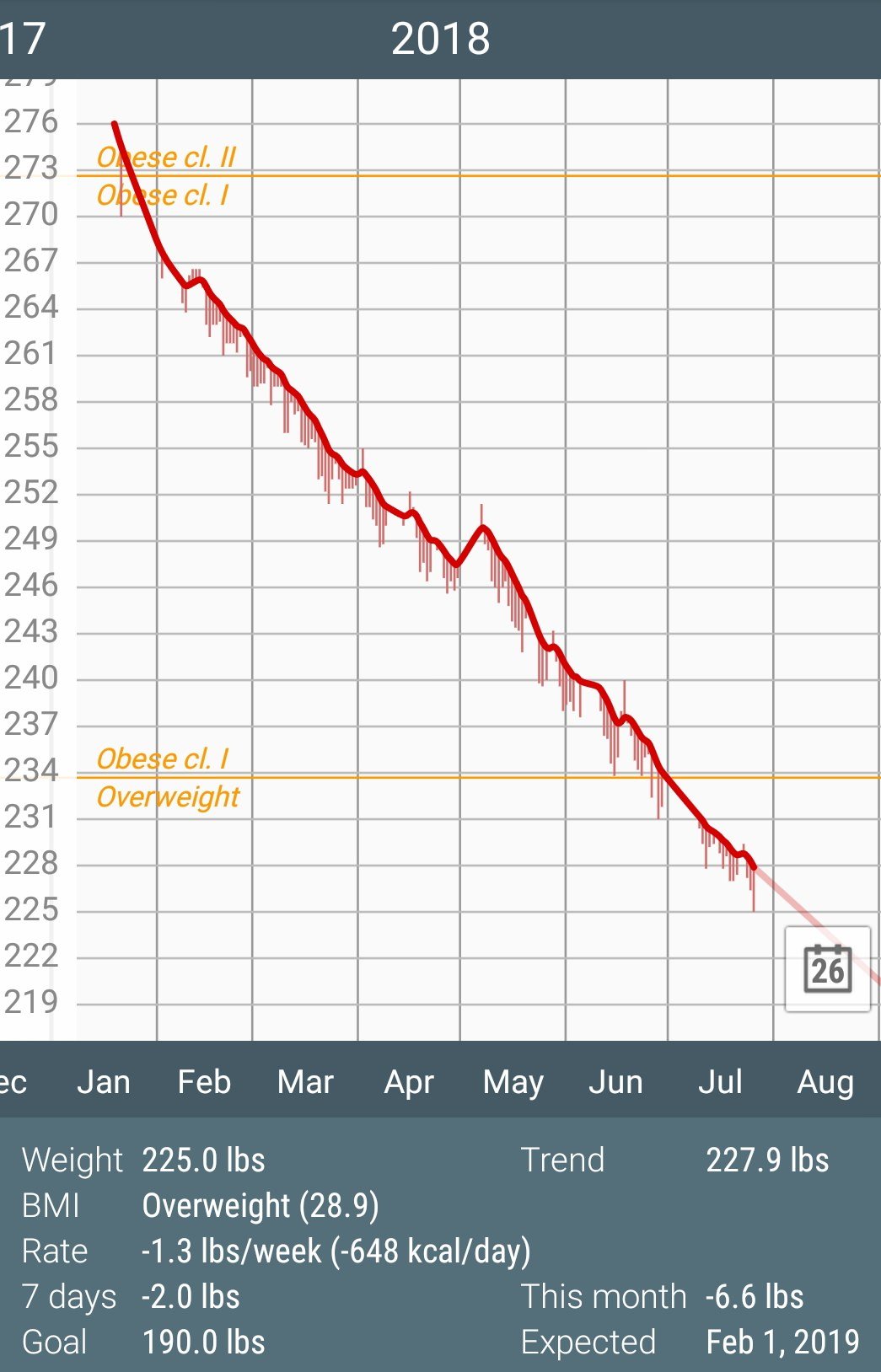 I hit a milestone today, down 50 pounds! I wanted to thank the users of this r/loseit for all the motivational posts that I've seen over the past 6 months of my journey. I thought I'd give back and share what has worked for me. I wrote this for some of my facebook friends who were curious about how I've done it, so some of this is perhaps a bit basic for longtime users of this group.

I have long since come to the conclusion that doctors and scientists are only just now figuring out what our bodies need, and that so much of what has been published as food guidance over the years was fundamentally wrong (the food pyramid, the low fat craze, the ‘breakfast is the most important meal of the day’ concept, etc.) – at best good intentioned but flawed or at worst malicious and harmful (many studies promoted/secretly paid for by the food industry). Whatever the case Americans have been getting fatter, and really, how could they not. Just look at the calorie count of your average fast food or restaurant meal!

For me, it all started off when my wife showed me the BBC documentary Eat, Fast, and Live Longer about various forms of fasting and their benefits. I decided to try the 5:2 fasting plan, which basically entails eating 'normally' 5 days per week, and partially fasting on two days.

On the fast days (typically Monday and Wednesday, though sometimes it varies due to social obligations), I limit myself to 600 calories, and typically I do this as one meal, typically dinner, or sometimes a mid-day snack and a smaller dinner.

To help speed things along, on the 'normal' days, I try to keep myself under 1,920 calories, a figure MyFitnessPal suggested after I gave it my goal weight and desired weight loss rate. I manage this quite often, but go over a day or two a week, but when I do, I don't stress over it.

I track my calories using MyFitnessPal, and while I don't always weigh everything out on non-fast days, I do try to either weigh things or use packaged foods on fast days to keep myself more honest. It's gotten to be a habit – I've been logging for the past 190 consecutive days.

My TDEE (Total Daily Energy Expenditure) is about 2500, so between fasting and the eating less than my TDEE, I've got an average caloric deficit of about 700/day.

I have not been doing much exercise, though my job is often fairly active, at least from a walking around point of view. I try to take the stairs as often as possible, and when working at the local university campus, I often walk from building to building rather than driving.

Food wise, I have been making an effort to eat more vegetables and fruits. While not going the low carb route like I've done in the past, I am definitely making them a much smaller part of my diet and not eating nearly as many carb loaded foods. I find that eating lots of carbs makes me feel hungrier than usual later in the day. My willpower is pretty low, so when surrounded by homemade cookies and such, I often overindulge, but I try not to put myself in such situations, and try not to buy stuff at the store that I know will lead me astray.

All in all, this journey has not been too hard for me. The fast days are generally quite easy – hunger has been part of human existence since day one, your body just ignores it if you let it. My job keeps me mentally stimulated and so I find it easy to keep from dwelling on my hunger on fast days. On the normal days, I pretty much just eat what I want without too much regimentation – in some ways, that’s the coolest part of food tracking – if I have a craving for something, I make allowances for it by eating less other things.

I have not kept up with the program on several occasion, and don’t really regret those lapses. Easter was the first lapse, with a few largish meals and lots of candy around the house. My annual trip to a large programming conference was another major temptation (here’s looking at you deep-fried Snickers bar!), and a recent trip to Panama was non stop delicious food. The most interesting thing I’ve found about these off-the-wagon times is that while there’s typically a pretty noticeable spike in weight at the end, it also drops very quickly away. I suspect that that my increased carb intake leads to more short term water retention but not much actual weight increase.

I love data, so I decided early on (week 2, pretty much) to weigh myself daily and log this weight in both MFP, and in another more dedicated weight tracking app called Libra. Some people have told me that they hate seeing the daily fluctuations, but I find that actually helps me in some ways. Libra weight loss graph

In addition to r/loseit, there have been a few other places I've gotten additional motivation :

• r/progresspics – before and after pictures of people on their weight loss (and sometimes gain, depending upon one's goal)

• r/1200isplenty – a bit too extreme calorie restriction for my general tastes, but loaded with recipes and advice on filling but low calorie meal ideas

reddit has often been referred to as the cesspool of the internet (not unearned, to be fair, for some of it), but these the positivity in parts of it is staggering!

So, that’s it. If I stay the course, I should hit my goal weight sometime early next year. I almost feel like 190 is unrealistically skin and bones, but that is the upper end of the weight/height charts that I’ve seen – I’ll reevaluate as I get closer.

Thanks again, everyone, it's been great!