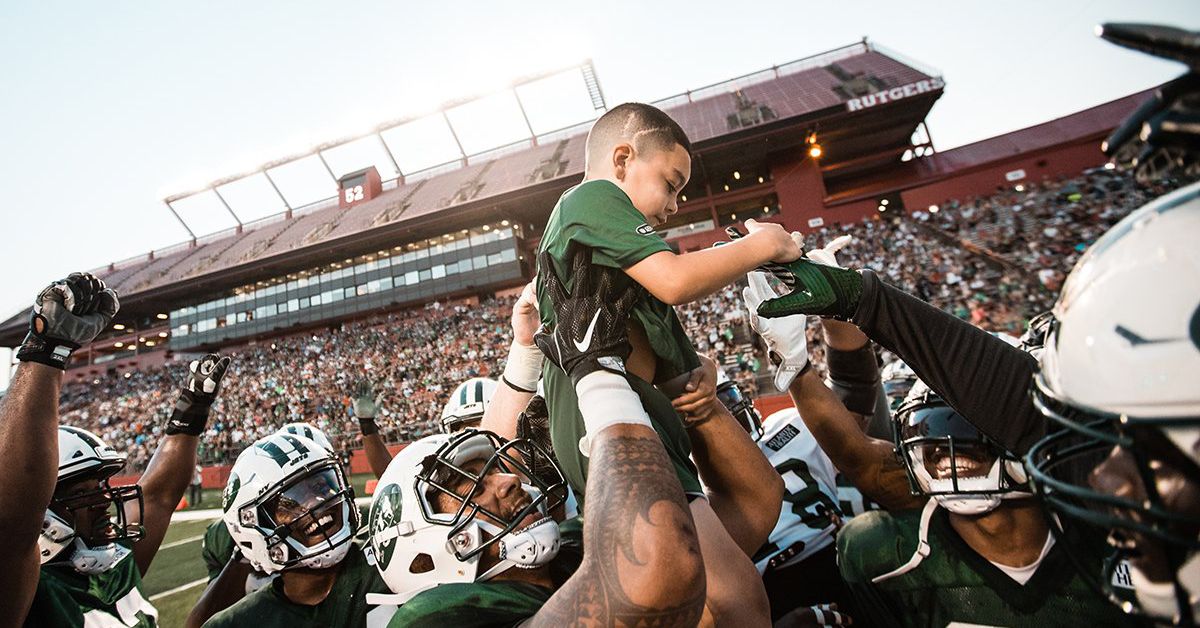 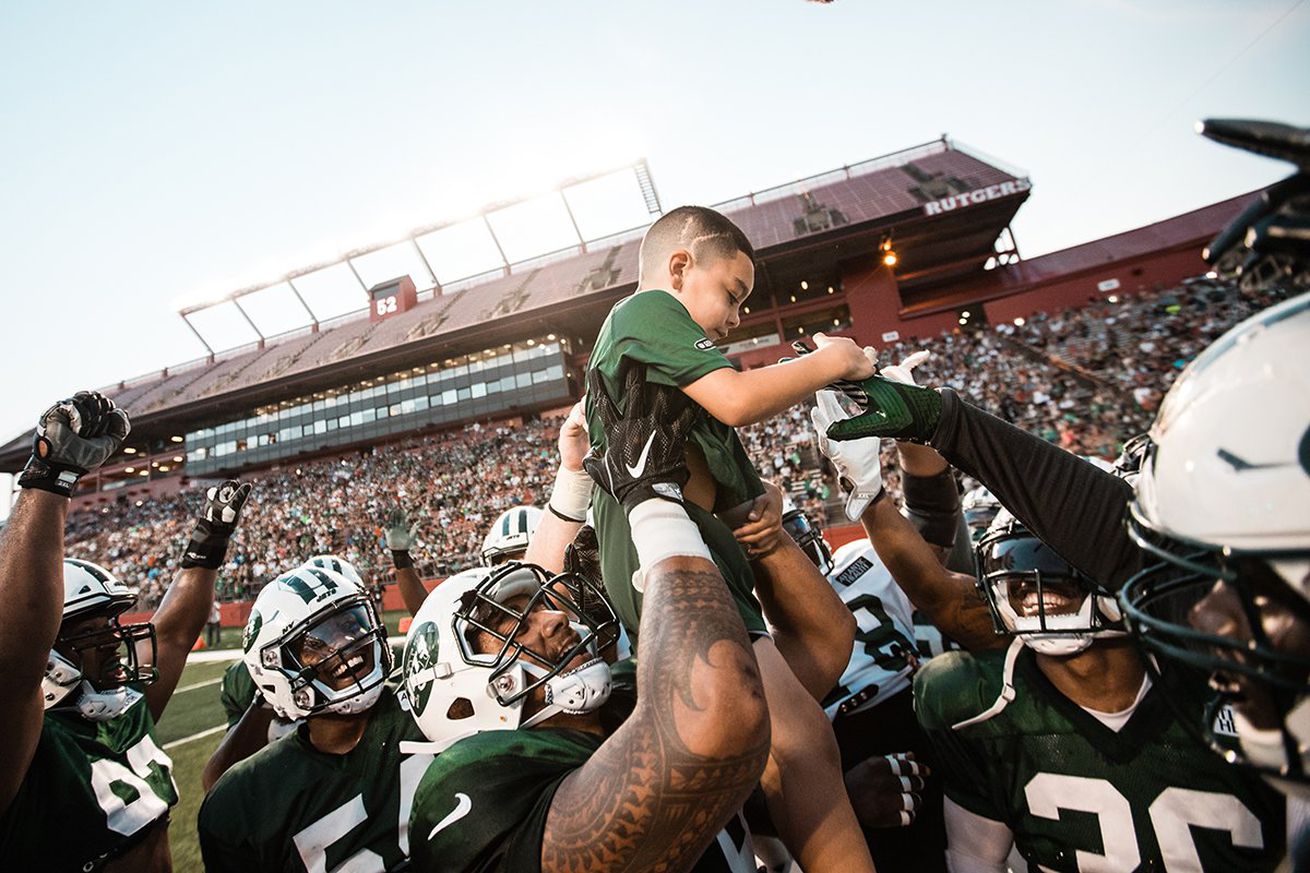 Gio Toribio is only six years old, but he’s already beaten cancer. Last Saturday night, he used that strength to beat the Jets defense, too.

Toribio was New York’s special guest at the team’s Green & White practice at Rutgers University when he got the chance to take the field with his favorite team. The resilient youngster took a handoff from quarterback Josh McCown, followed his blockers through a hole off the left tackle, and then sprinted past diving defenders for a 40+ yard touchdown run that brought the fans in Piscataway to their feet:

He’s a cancer survivor. And now Gio’s going the distance on the field, too. What a run! #GioStrong pic.twitter.com/ellgkINxDu

Toribio was diagnosed with stage 3 anaplastic large cell lymphoma at four years old in 2016. He underwent a year of chemotherapy treatment, but he wasn’t alone in his journey. Jets’ standouts Buster Skrine, Jamal Adams and Darron Lee each took time to show their support for the young fan from Ossinning, NY. Lee in particular made a strong connection with Toribio, who also suffers from McCune-Albright syndrome — a condition that makes his bones brittle and will keep him from ever playing full contact football.

“Darron chose to be a part of Gio’s life,” Lauren Toribio, Gio’s mother, told The Athletic’s Connor Hughes in a 2017 profile. “He didn’t have to be. He chose to accept him in his family. He genuinely loves him, and Gio loves him back. It’s amazing to watch.”

“It meant everything to have him out there after all he’s been through,” Lee told the media following the practice. “He’s the ultimate warrior in my eyes. Like I’ve told everybody before, he’s my hero. Happy to have him out here with the guys…It was a blast tonight.”

“If they’re so strong, then I can be strong, too,” Toribio said moments after ruthlessly savaging the Jets for a highlight reel touchdown. It’s one big play the team won’t mind rewatching as it preps for the 2018 regular season.