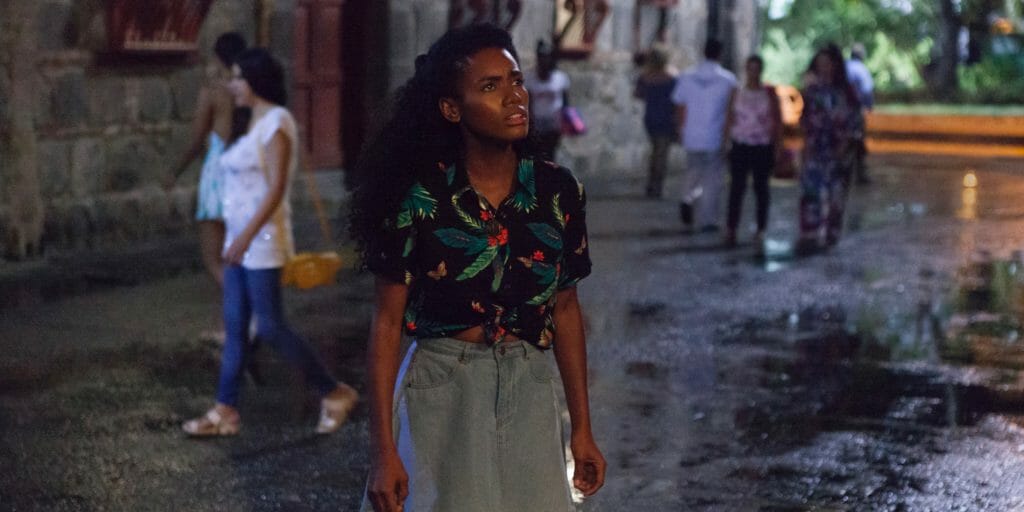 Warning: This review may contain spoilers for Always a Witch (aka Siempre Bruja).

At first glance, Always a Witch (originally called Siempre Bruja) looked like a worthy addition to the growing (and more inclusive) canon of fictional witches, one that is still largely white. It’s vibrant, dark without taking on the “gritty” or “realistic” color palette that other genres embody—to the benefit of its gorgeous showcase of Cartagena, Colombia—and it features an eclectic cast of characters, including a powerful Afro-Latinx witch front-and-center. But the central romance at the heart of this largely predictable supernatural teen drama (and all of the baggage it brings with it) casts a dark cloud over the series from the start.

RELEASE DATE: 2/1/2019
CREATOR: Ana María Parra
STREAMING: Netflix
A 17th-century witch who’s about to be burned at the stake travels to the 21st century, where she discovers that culture shock is the least of her problems.

Set in both 17th-century and present-day Cartagena, Always a Witch quickly introduces us to Carmen Eguiluz, a witch and slave from 1646. Accused of witchcraft in a time when the Inquisition flourished in colonial Colombia, Carmen is set to burn at the stake. Before the Inquisition fully carries out her execution, Carmen travels to 2019 after making a deal with imprisoned wizard Aldemar. She cannot use magic in the future, as it would alert Lucien (a powerful wizard who’s said to turn witches who won’t follow him into ash) of her presence.

But from Always a Witch’s first episode, its entire premise starts to unravel. (If you want to remain completely unspoiled, turn away now.)

Because, as we quickly learn, the deal that Carmen makes with Aldemar is that if she can free him, he’ll prevent the death of Cristobal, the man she loves. He’s also a member of the family that owns her. The fact that Cristobal is Carmen’s motivation to travel to the future isn’t a surprise; he’s featured in the trailers. But the trailer—which initially excited viewers by promising a new spin on TV witchcraft—did hide the true nature of the couple’s relationship. When people found out, after Always a Witch debuted on Netflix last week, they were pissed.

Always a Witch never questions the fact that Carmen and Cristobal love each other, but it largely tells us instead of showing us. What we see is a young white man showing a smidgen of kindness to a Black woman who’s up for auction, which somehow builds the foundation of a relationship sold to viewers as a 17th-century approximation of equal footing. A relationship between a master and a slave will always include an unhealthy power dynamic, no matter how much you try to write otherwise. It’s the kind of relationship that media and history have romanticized and fetishized for centuries; according to the AV Club’s Kayla Sutton, many of these botched depictions, written to be aspirational or romantic, come off as completely tone-deaf, often as a result of being written by white Latinx creators.

Over several flashbacks scattered throughout the season, the show attempts to take the “forbidden romance” route via stolen moments and secret meetings in Cristobal’s family’s home and around Cartagena. As she navigates the 21st century, Carmen is motivated to return to her time—and to Cristobal—even though doing so would mean returning to her life as a slave. Although Carmen eventually finds a way to challenge 17th-century Colombia’s patriarchal and racist society, the moment is too little, too late to redeem the racist tropes introduced in the very first episode. Even in the best light, the execution is clunky and cringeworthy. As Refinery29’s Ariana Romero explained in a breakdown of the Always a Witch slavery controversy, there were other ways of depicting Carmen and Cristobal’s relationship without resorting to these racist tropes. They still would’ve had similar results: They’re discovered and condemned by a racist society because of their interracial relationship; Carmen is accused of witchcraft; Cristobal gets shot trying to defend Carmen; Carmen is convicted and sentenced to burn at the stake.

Once Carmen arrives in 2019, Always a Witch doesn’t fare much better. In a classic fish-out-of-water story, Carmen faces massive culture shock after discovering modern technology like smartphones, fashion, and a society where women are not only allowed to get an education but also attend university. (Not to mention the lack of slavery, which gets covered less than other areas; or the fact that she takes up her old room in her house, which has been turned into a hostel.) When her contact from the future mysteriously disappears, Carmen is on her own.

As Carmen tries to find the woman who will help send her back to her own time, she befriends a group of students who are largely kept in the dark about her origins, as well as the scene-stealing Jhony Ki, the grandson of the woman who owns her former masters’ home. Carmen also becomes closer to a substitute professor named Esteban, which not only sets up a central love triangle but another unhealthy power dynamic that bothers absolutely none of the characters. While some of the show’s brighter moments come from this team working together, its takes on modern issues like revenge porn, catfishing, and online dating feel clumsy and regressive. Then again, many of the show’s moments fall flat. You can spot one of the season’s biggest twists from a mile away. At times, it’s hard to keep track of which characters can use magic or who’s bewitched. A side plot involving a detective trying to solve Carmen’s sudden appearance and her potential link to a serial killer bookends the season but is barely visited.

Always a Witch has several pieces that could’ve worked with proper execution, and the makings of a story that could’ve hooked viewers. Instead, clunky storytelling and problematic tropes will likely lead viewers to mourn what could have been.

Still not sure what to watch tonight? Here are our guides for the absolute best movies on Netflix, must-see Netflix original series, documentaries, docuseries, and movies.

Need more ideas? Here are our Netflix guides for the best war movies, documentaries, anime, indie flicks, true crime, food shows, gangster movies, Westerns, and movies based on true stories streaming right now. There are also sad movies guaranteed to make you cry, weird movies to melt your brain, and standup specials when you really need to laugh. Or check out Flixable, a search engine for Netflix.

The post ‘Always a Witch’ can’t shake the weight of the problematic love story at its core appeared first on The Daily Dot.