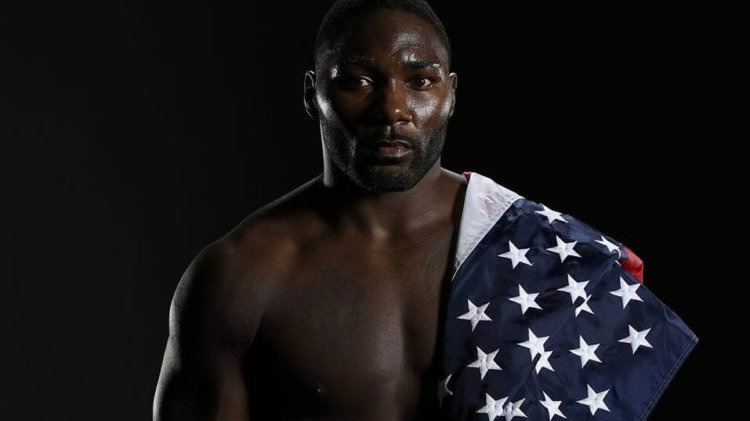 It seems that Anthony Johnson still wants that fight Jon Jones after all these years. What was supposed to happen at UFC 187 might take place sometime in the future. That is at least what Johnson said earlier today, once he revealed future plans about his MMA career.

After almost two and a half years of being absent from the octagon, Rumble decided that it is enough for him to be quiet and away from the action. He stated back in August that he plans to come back but not as the light heavyweight fighter anymore. Those two years without hard training sessions and fighting have left a trace on his body, and Johnson was a bit big for his former division.

Instead, his plans were including attacking the throne of the heavyweight division, but it seems that he suddenly had a change of heart. AJ wants to settle the scores with Jones, and he has the perfect plan on how to arrange that fight. It involves a serious weight cut.

.@Anthony_Rumble is willing to make the cut to 205 lbs for @JonnyBones… pic.twitter.com/WQmKTwbTA4

He spoke to Brendan Schaub about his plans to lose weight.

When Schaub asked him why he wants to reach 205 pounds, the answer was a rhetorical question.

“Why? Because who is there to fight at 205?” Rumble asked the former colleague smiling.

According to his words, Jon Jones too, wants that fight. The Bones is getting a bit bored in his division, and he is already luring opponents from other categories into a fight with him. He even called out Israel Adesanya, but there was no specific answer from the other side.

Johnson’s greatest success came at 205 pounds, where he defeated every opponent except Daniel Cormier. Back at UFC 187, DC jumped in instead of Jones, who was suspended and managed to beat Rumble, thus setting a showdown with Bones. What happened after that, we all know. A bit of controversy, two spectacular fights, and Jones’ comeback to the throne.

But there was that one piece of the puzzle which was left out in his championship story. And that is a fight with Johnson. That is why Rumble feels confident that his opponent will agree to meet him.

“We’ll make it happen if I get low enough,” Johnson said. “We’ll fight at 205. That’s a fight I wanted. I think Jon wanted that fight too, before everything happened. That situation, which, it’s over with, it’s in the past.”

He also wanted everyone to know that there is no bad blood between them two, and that unlike many other rivalries in MMA, this one doesn’t involve hate nor insults.

“When we see each other, there’s no animosity between each other. We show each other love; you know what I mean? But that was a fight, that’s why I went up to 205, man,” said AJ.

Rumble hasn’t fought since his second defeat against Daniel Cormier. On both occasions, he was submitted, and didn’t have a solution for DC. He explains that by saying that Cormier wasn’t the one he was aiming for at that moment. Jones was the big prize and also his motive, while DC came out of nowhere and couldn’t present that big of a challenging.

“The fire wasn’t in me to fight DC, but I fought him, kind of fought him, you know what I’m saying, but it wasn’t the same drive.”

Dana White is now the guy who needs to decide about this match. Jones doesn’t have a worthy opponent, while Johnson has plenty of motivation to face him.

We’ll see what happens next.