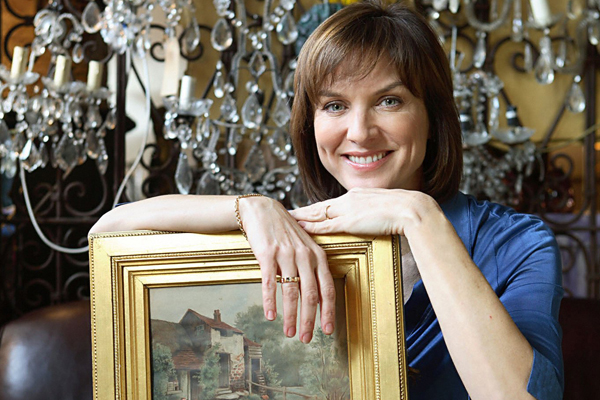 The artefacts in the Antiques Roadshow World War One special, presented by Fiona Bruce from Etaples Military Cemetery in France, tell moving stories from the war – from the Private Ryan-style account of a trumpeter sent home after his siblings had been killed to a handwritten page from a radio operator’s signal pad announcing the end of hostilities.

One of the most remarkable is that of Lady Dorothie Feilding, a British aristocrat who was decorated by three countries for her work as an ambulance driver on the front line.

“Lady Dorothie is one of those almost forgotten women of the First World War who really need to be talked about. She was the second daughter of the Earl of Denbigh, so she was born into a very old, aristocratic family. Three months into the war she was living in a damp, cold cellar. She wasn’t used to that but she absolutely flung herself into this cause.” “She joined an ambulance unit that was set up by Dr Hector Munro, who was a bit of an eccentric and quite a feminist at a time when it was frowned upon to be associated with feminism and the suffragette movement. He advertised for ‘adventurous young ladies’ to join an ambulance driving corps. There were 200 applicants who were whittled down to four.”

“The British army didn’t like to see women on the front line. So the unit joined the Belgian army and Dorothie saw the most horrific things. The overall feeling I have is that she absolutely had no fear – she just got on with it.”

“She was the first female recipient of the Military Medal. it was awarded for bravery in the field – for her frontline work under fire. She was also awarded the Croix de Guerre – a similar French award – and the Belgian Order of Leopold.”

“Lady Dorothie was fiercely patriotic and wanted to do her bit. But part of her motivation was also to prove that women could do this. That’s also why Dr Hector Munro had started this unit, almost as an experiment to show that women could step up to the cause and prove themselves.”

The post Antiques Roadshow World War One Special – Lady Dorothie Feilding was a heroine who ‘had absolutely no fear’ appeared first on What' s on TV.