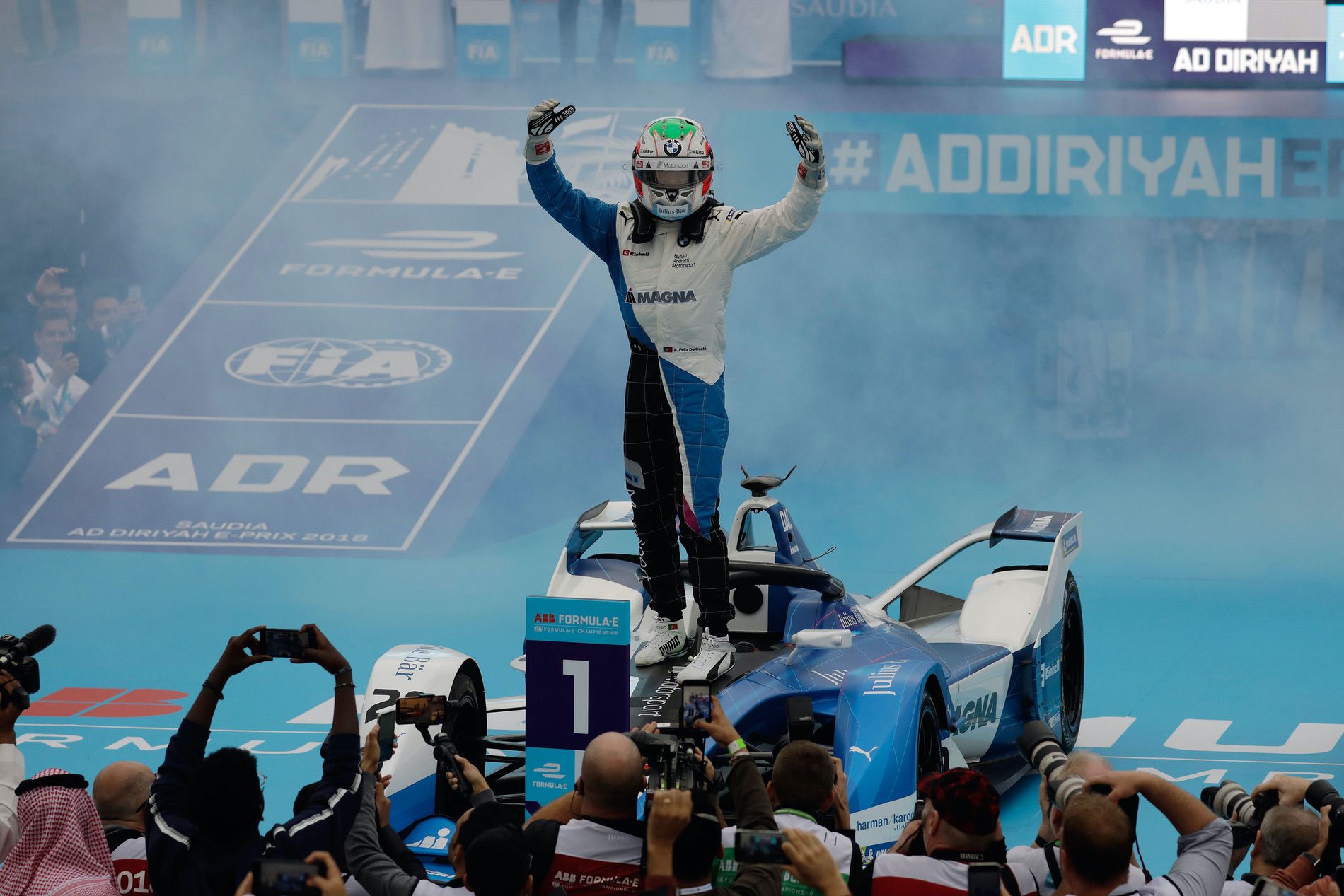 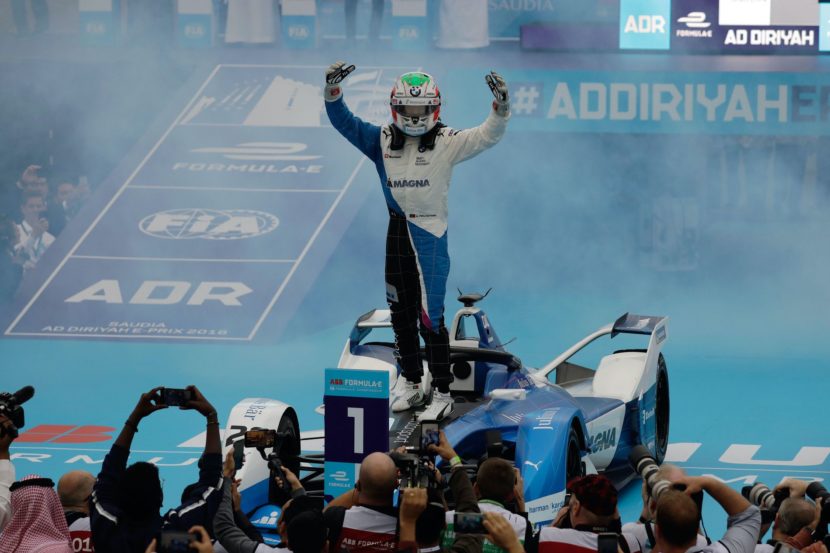 The first 2018-2019 Formula E race brought the first win to the BMW i Motorsport team. António Félix da Costa celebrated victory at the BMW works team’s debut in Ad Diriyah (KSA). Félix da Costa claimed pole position to start. But Da Costa believes the nature of his victory over the two DS Techeetah cars was the “perfect scenario” for BMW.

The two Techeetahs of Jean-Eric Vergne and Andre Lotterer had started fifth and seventh, respectively, before passing Da Costa to take the lead. A few laps later, the DS cars were then required to serve drivethrough penalties while running one-two for exceeding the maximum permitted power while using regen.

The penalties gave Da Costa back the lead and the historic win for BMW i Motorsport.

For Eurosport, Da Costa said the fact he had won despite not having the fastest car would give BMW the added motivation of trying to improve its package.

“Their [DS Techeetah] pace was impressive. That’s what I told my guys,” da Costa told Autosport.

“In a way, it was good that we see someone still has the upper hand on us because I’m sure these guys are going to put their head down and still work hard because that’s what I wanted.

“This is a perfect scenario for us, to win the race, win the points but have something to make us go back to work and try and improve.”

Even BMW Motorsport boss Jens Marquardt acknowledged that the full potential of the iFE.18 platform has yet to be reached.

“We have to be humble here, [FE is] a very tight and strong championship and for sure we haven’t yet extracted the full potential out of our package but so has everybody else,” Marquardt told Autosport.

“We need to keep working hard with everybody involved and go from race to race.”