Are some people naturally better at learning languages? 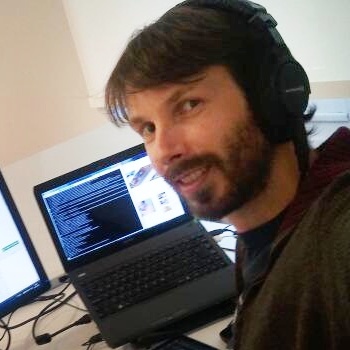 I just read a fascinating article about the development of Hi-LAB, the “High Level Language Aptitude Battery” test designed to help the US military identify individuals with high language learning potential. It was borne out of a frustration with seeing so many language professionals getting ‘stuck’ at basic proficiency and not progressing to become fluent. After some research, CASL (Center for the Advanced Study of Language at the University of Maryland) concluded that the following three traits were linked to language learning success:

working memory – where you manipulate bits of short term, transitory information
associative memory – how well you link new information with what you already know
implicit learning – how well you extract patterns from exposure to lots of examples (e.g. by reading or watching television)

Basically, they’re trying to determine if certain innate abilities will predispose a person to be a better language learner. I’m very sceptical of studies like this, and usually tend to think that most people are capable of learning most things if they are motivated and try hard enough.

Here’s an interesting anecdote from the Hacker News comments from someone who’s been though a class which used an older aptitude test, the DLAB:

As far as the predictability of someone’s aptitude, the DLAB was a good baseline to show that a person had better language acquisition than the average student. When students barely met the baseline of 100 points on the test, they had an incredibly tough time in the beginning with a language as different from english as arabic. What the test didn’t measure, however, is a person’s will to persevere through the slow progress, constant mistakes, and utter frustration. Although the low scoring students had a tough time in the beginning, most of them passed in the end. The student’s that ended up failing out of our class were, ironically, the students that did exceptionally well in the beginning. I mostly attribute this to them relying on the ease of understanding in the beginning, rather than studying at the level that the lower scoring students had had to learn how to do when they had started out.

He’s saying that will to persevere was the most important factor, which is what I tend to agree with from my experience. People I’ve met who are good at learning languages tend to enjoy and be fearless about talking and socialising with native speakers, and truly immerse themselves in the language. I tend to think this is far more important than any general ability test, and I think it would be a shame for people who score poorly on any one test to be put off learning a language when it may not be testing the most important predicator of ability – motivation.

From an academic point of view, I’m sure there is some natural difference in ability, and I’m fascinated to see whether researchers can shed more light on what makes some people innately better language learners than others. But I’d be very surprised if innate ability turned out to outweigh personal motivation. From a practical point of view, as someone planning to learn a language today, I wouldn’t pay much attention to these tests.