Battered Wallabies fired up for England 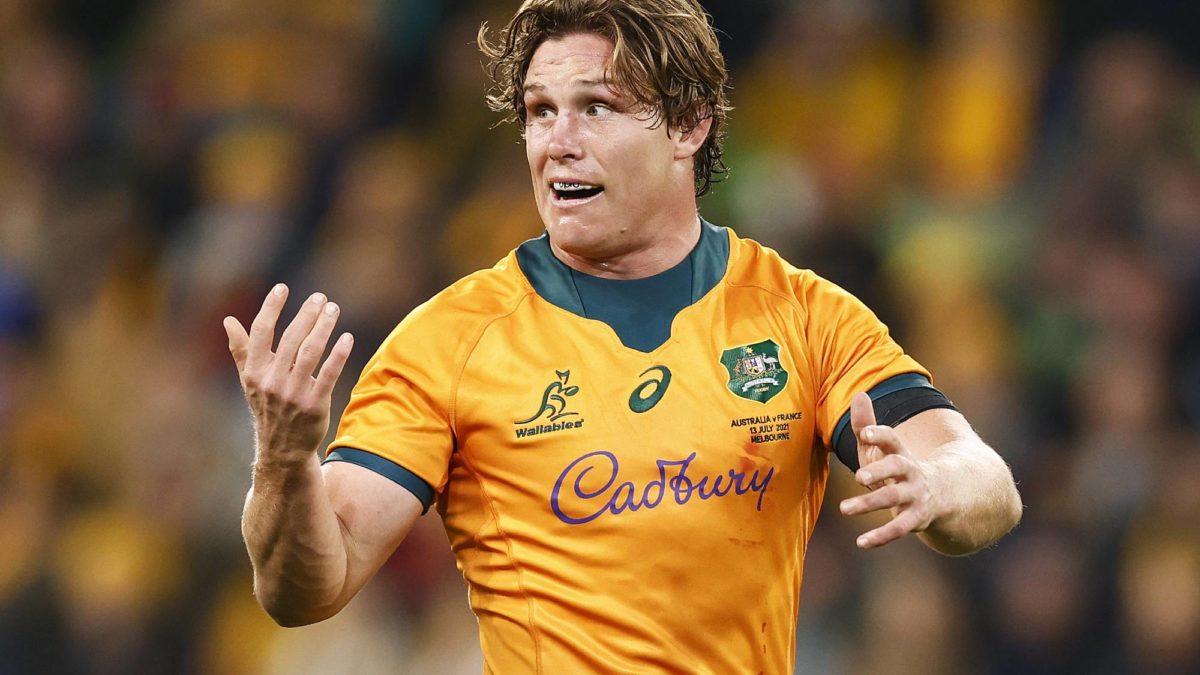 Michael Hooper may have endured one of the more deflating afternoons of his storied career with the luckless loss to Scotland at Murrayfield but he’s adamant the fire in Wallabies’ bellies rages hotter as they march on to Twickenham.

Captain Australia had led from the front, as ever, but it wasn’t Hooper’s day as he saw what would have been the 23rd try of his international career controversially ruled out en route to an underwhelming 15-13 defeat.

Yet self-pity has never been in his playbook. As he and coach Dave Rennie sift through the casualty list from Monday morning’s (AEST) ding-dong, Hooper was quick to sound the battle cry for the biggest examination of their tour against Eddie Jones’ England.

“The fire in the belly hasn’t been extinguished at all,” declared Hooper.

“I guess after that defeat, it’s just been raised.”

Naturally, he needs no reminding the Wallabies have lost seven straight times to England since a certain wily Australian coach took their reins. Hooper’s played in all seven!

Yet even while critics like former All Black-turned-pundit Andrew Mehrtens have been musing that an eighth-straight defeat could be an ugly one for Australia if they play as they did against Scotland, Hooper remains relentlessly positive.


Battered Wallabies fired up for England


The Wrap: Dumb rugby sees Wallabies sacrifice too many points at Murrayfield


Get your questions in for Issue 33 of Coach’s Corner


ANALYSIS: Perese power can pack a punch, but only if he’s picked in right position

“The record (against England) hasn’t been great, but a lot of these guys haven’t played up here (in the northern hemisphere), haven’t been part of those games, so they don’t feel that sort of stuff,” he said.

“It’s a new team, and it’s a great challenge for us next week to roll into England.

“That’s been a setback today. The motivation was about going really well and continuing the momentum we’ve built over the last year but we roll now to a six-day turnaround against the English.”

It’s not ideal, especially with England having had a further day to rest after their 11-try romp against outclassed Tonga while Rennie has big injury concerns over Jordan Petaia (hamstring) and Taniela Tupou, who’ll have to undergo concussion protocols.

Does the idea that Hooper’s side don’t carry any baggage or scars from those seven defeats to ‘Eddie’s England’ carry any weight?

Certainly, there were things to be admired in what fullback Andrew Kellaway described not inaccurately as a “clunky” performance.

Like replacement Izaia Perese’s rumbustious performance that helped set up their only try from Rob Leota and the powerful second-row combination between Rory Arnold and Izack Rodda. Not to mention the indefatigable Hooper himself.

“The positive is that it was narrow and close (against Scotland). Discipline is what really kills us because it’s nobody’s fault but our own,” said Kellaway, whose first outing at 15 was also impressive.

“If we tidy up the breakdown, and that stuff, we’ll put ourselves in a position to win the England game hopefully.”

And they will continue to take their lead from a man whose fire never goes out.

The charming French official, in his last Test after 15 years of having his ear bent, had ruled out Hooper’s first-half try and instead binned Allan Alaalatoa for a dangerous clear-out, prompting the captain to implore: “You’re the ref … he didn’t do anything!”

Poite invited Hooper to come and talk to him about it after the match. Presumably, it’s a lot easier once you’ve retired!