Blinded by Belief & The Insanity Equation 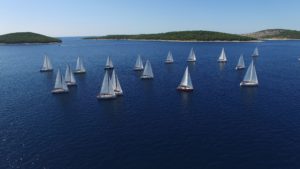 This post is part of our Big Ideas series, a column highlighting the innovative thinking and thought leadership at IIeX events around the world. Stefan Kulik will be speaking at IIeX Europe 2019 in Amsterdam. If you liked this article, you’ll LOVE IIeX Europe. Click here to learn more.

Albert Einstein is widely believed to have described insanity as “doing the same thing over and over again and expecting different results”. A powerful notion when applied to something that an individual, a company or an industry does actively & with intent.

But a deeply troubling notion is when it becomes something that is instinctive, embedded and a behaviour. As human beings, we and the organisations we build, behave in accordance to the beliefs we have. Psychologists have long known that our beliefs flow from the (information) conditioning we receive, and how we filter this, according to what we believe to be true. It is entirely accurate to suggest that what we believe, must come true.

The difficulty inherent in this is that when behaviour is based on beliefs which no longer create the best outcome, no longer drive the optimal result & are based on practices which have become obsolete, they are never challenged.

This is the crucible of inefficiency, diminishing return & the path to becoming stuck in a rut. What we believe can blind us to important changes (check out this clip from Derren Brown) its affects industries and organisations as much as it does individuals.

In the last 20-30 years, we have all seen many cases of this, for example:

“People will always want to try before they buy” (before Amazon)

“There’s no chance the iPhone will get any significant market share” (Steve Ballmer, Microsoft)

Realising the danger of resting on our laurels

Many businesses seek to include & embrace “outside” ways of thinking – often from a sports or military perspective – to change how we do things. Rather than all reading Sun Tzu’s Art of War or watching endless videos of (often dramatic & very exciting) races, the most pivotal insight we should seek is in the simplicity these take to change & challenging “what is right”. Two great examples are:

The US marines – Improvise, Adapt, Overcome
The British Olympic Rowing Team – Only If It Makes The Boat Go Faster (speak to the fascinating Mark Hunter)

Sports have often shown us how even the most elite athletes have beliefs that, more than inhibiting, fully control their (in)ability to achieve more (look at the fascinating history of the final Olympic medal won by the super heavyweight weightlifter Vasily Alekseyev).

What an athlete achieves, is dictated and controlled by what they believe. The same has been proven in the behaviour of groups (just in case we thought we escaped from this because we are in a company). Seminal psychological experiments have shown how dramatically a number of group beliefs influence behaviour & performance. See below:

Groups pursue impossible tasks for 65% longer when they feel familiar with what they are doing
50% of groups miss incredibly obvious & disruptive events in front of them when they are focused on looking for something they believe is “right”
75% of people in a group setting will conform with an answer that is evidentially untrue, purely because the group says it is right

This leaves us with a clear lesson…

If it ain’t broke… don’t assume it isn’t about to break.

Challenging ourselves, reappraising models of how we approach our businesses, is one of the most powerful concepts we can hold at the core of our organisations. Clear evidence today, already shows us how paradigms and industrial beliefs are being challenged, to great effect.

An emblematic example below, of an issue many clients wrestle with today

The Problem: I need to have a field force to help me influence in-store execution, but ROI is a problem because today they spend at least 50% of their time checking execution, before actioning anything

The Wrong Belief: “I believe that to measure in store, I have to use a field team: if the ROI is poor, I have to cut the sales team or make fewer calls”

The Right Belief: “I believe that if I want to measure execution, I should combine technology & the public to collect the information. This should then be passed to the field team, to dramatically improve ROI by a) spending more time fixing and b) doing more calls if there is a time saving”

A belief can wed us to something we continue to pursue for decades.

Challenge those precedents, look for change and rather than being blinded, do whatever we need to, to make our boats go faster.