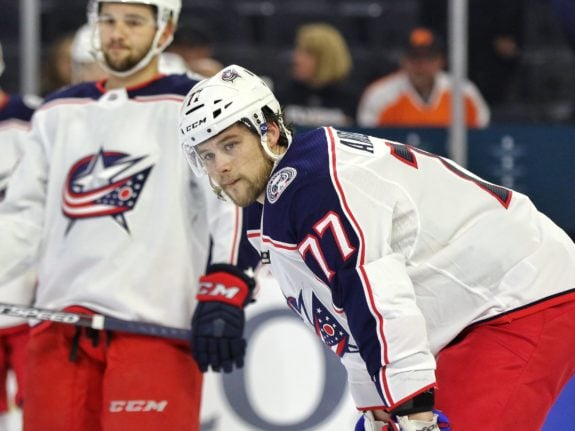 U.S. Thanksgiving is over. For the Columbus Blue Jackets, that means trying to find their way back into the playoff race before the mountain gets too big.

Their upcoming schedule does them no favors. If they are to start back on the right track, the Blue Jackets are going to have to beat some of the best competition in the league.

Starting Friday night against the Pittsburgh Penguins, the Blue Jackets have 16 games left in the 2019 portion of their schedule. For the most part and coming sooner rather than later, it will be no easy task.

A new #CBJ digital program with notes, stats, rosters and more for tonight's game vs. Pittsburgh is now live.Visit https://t.co/pPRACYNwrQ or view it on the https://t.co/FiRIS5tAKb mobile app.

Take a look at their next 16 games and their current rank in the league standings.

You see the pattern? The Blue Jackets have eight games against top-seven opponents including six of their nine. If they can get through that rough stretch, they do play the three worst teams in the NHL by current standings. But then they get the best of the Metro again. In all, the Blue Jackets play five of their next 16 games against the Islanders and Capitals.

While there is always a chance to win each of these games, this schedule does suggest one thing for the Columbus Blue Jackets. By the time 2020 starts, we’re going to have a really good idea if we have a team fighting for the playoffs or a potential lottery team.

The Blue Jackets start Black Friday night trailing the second wildcard spot by seven points to the Philadelphia Flyers. With five of their next seven against their division, it would be wise of the Blue Jackets to find a way to break their season-long offensive slump. How bad has the offense been this season?

Their stars haven’t lived up to their billing. Cam Atkinson has yet to score a 5-on-5 goal this season. That’s incredible to think about. His one even-strength goal was an OT winner against Carolina back on Oct 24.

Josh Anderson has two points in 18 games this season. Even the most pessimistic Blue Jackets fan didn’t see this coming. 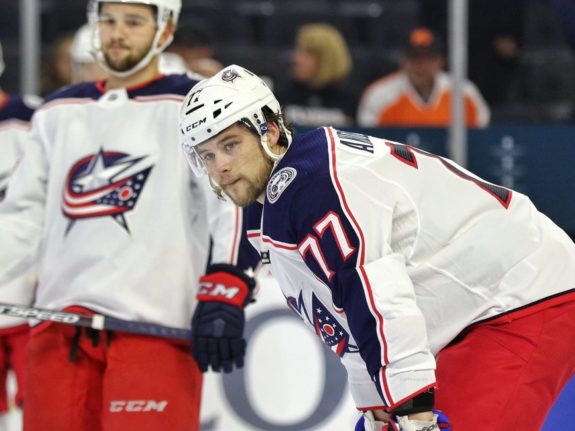 Josh Anderson and the other stars need to start shining soon if the Blue Jackets hope to recover. (Amy Irvin / The Hockey Writers)

Alex Texier has just four points in 20 games. Alex Wennberg has just two goals and eight points in a year where the team expected a bounce back. Seth Jones has been ok, but not great. It’s a recipe for the lottery. Had it not been for Joonas Korpisalo, this would be a bottom-five team now. As is, they’re right on the verge.

With that upcoming hammer of a schedule, there’s no guarantee a quick turnaround is coming. If it is going to happen, the above mentioned stars need to take it upon themselves and find a way.

This weekend in particular could see a huge swing in the narrative based on the results. If the Blue Jackets defeat the Penguins and Islanders, that’s a sign they could be on the right track and are right back in the thick of it. If however they lose both and gain no points, it will reinforce the early struggles the team is having. Then it could start to slip away before we even get to 2020.

These upcoming games are critical. This is as close to must win as you get for this point in the season. Pittsburgh is all the motivation the Blue Jackets need. Being ready shouldn’t be an issue. Will they answer the challenge? It’s now or never.