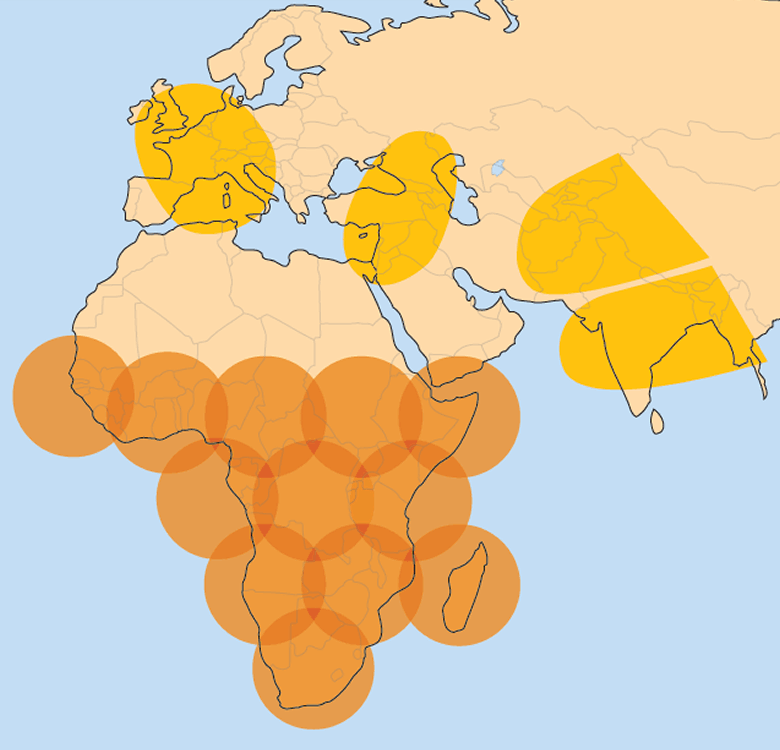 Boeing satellite engineers recently created what is possibly the first ever 3D printed metal antenna for a satellite that will be sent into space on the AMOS 17. Now being built by Boeing, it wasn’t originally designed to have a 3D printed antenna. However, this development shows one how quickly such flight-proven additive manufacturing materials and processes are changing how complex space systems are built. Boeing’s team of satellite engineers decided to use the technology to develop the one-of-a-kind, custom made design late in the project. The antenna itself is crucial for the space-bound communications sat and might prove useful for subsequent projects. The soon-to-be-launched AMOS 17 is being built for Spacecom, an Israeli firm which provides broadcast and communication services to Europe, the Middle East, Africa and Asia. The launch, scheduled for the second quarter of 2019, will send the AMOS 17, a multi-band state-of-the-art satellite, to space where it will be the most advanced high-throughput satellite to provide communication services. “The use of 3D printing gives us some fundamental benefits,” the AMOS 17 Program Manager Brian Baker explained to 3DPrint.com. “Replacing a design that involved multiple parts bolted together with a single 3D printed unit means fewer parts to assemble and fewer interfaces, which reduces the possibility of issues during manufacturing and testing. Also, the conventional, heavier antenna requires two or three months to manufacture, while the lighter 3D version can be printed in under a week,” Baker said. “All that adds up to savings in mass, time and ultimately, costs.”

The aft command antenna was manufactured from aluminum alloy powder using selective laser sintering. Test versions were output on both an SLM Solutions SLM280 and an EOS M290 printer. The antenna will receive signals in Ku-band delivering commands from the ground for the Boeing 702 model satellite. Equipped with a flexible digital payload and powered by two deployable solar arrays, the 5,500 kilos satellite will have a lifetime of at least 19 years.

In an interview with 3DPrint.com Nicole Schoenborn, the mechanical designer of the artefact, emphazised that “our antenna is designed for this exact purpose and frequency band, versus a generic one that is not tailored to the application”. The design also increases the repeatability of the product, they all perform consistently. She went on to say that “we also developed a way to design the geometry so that the antenna is mechanically and thermally stable, and the design allowed us to print it without non-flight secondary support structures that would later need to be removed by hand.”

The motivation to use 3D printing came from Boeing, as suggested by the AMOS 17 program manager, Sharon Krakover, making the top aerospace maker a competitive force against some of the newcomers that have been using 3D printing abundantly, such Space X, Jeff Bezos’ Blue Origin and Stratolaunch Systems. Now Boeing’s engineers are facing the challenge of scaling up the use of additive manufacturing for the many projects they are undertaking in the new commercial space race.