Braggart, Blowhard, and Annoyingly Successful: How to Promote Yourself and Your Ideas 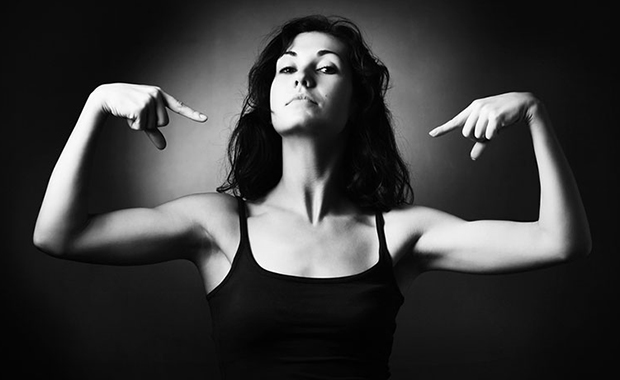 Most of us don’t want to look like a braggart, which is good. However, sometimes it makes us stay in the shadow without showing our positive sides. We remain silent about our achievements. The thing is, sometimes politeness can play a bad joke on you. This great feature of your character can become one of those things that prevent you from succeeding.

If you don’t show your positive side in meetings and interviews, there will always be somebody else to do it. When such people get a promotion, your politeness doesn’t seem so useful.

Self-confidence turns out to be a very important quality because confident people who are not afraid to speak of their achievements are usually seen as more competent. However, modesty is still considered a virtue in most cultures. The reason is obvious: Most blowhards just don’t understand how annoying their bragging can be.

The definition of a braggart is a very talkative person who turns any conversation into an opportunity to talk about his or her personal achievements and goals, constantly glorifying himself or herself. A blowhard is, in general, the same sort of person: too loud, talkative, and boastful.

There’s nothing bad about enjoying your success, in fact, what is the point of success if we cannot be proud of ourselves? The thing is, everyone must understand where to stop.

For example, when you talk to your friends at dinner there’s nothing wrong with sharing your experiences so others can celebrate your success with you. Don’t turn each conversation into a monologue and don’t forget that other people also have interesting stories to tell.

“Talk to someone about themselves and they’ll listen for hours.” – Dale Carnegie

Why You Shouldn’t Be Afraid to Promote Yourself

Excessive modesty makes a bad impression. People who talk themselves down all the time shouldn’t be surprised if others also don’t find them likable. Some people are so afraid of being a blowhard that they get anxious about describing their good sides. As a result, they miss many opportunities.

If you’re afraid of talking about your own achievements, it means that you don’t believe that your work is valuable. Such an approach is unlikely to create an attractive image.

You need to understand that your work has little to do with your personality. Braggarts love themselves more than anything, and their point is to convince others that they are the best.

Only talk about what you actually did, and what is important about your achievements. This is not bragging. All you need to do is show others that you can contribute to your team or organization.

If you want to succeed in the world of business, you need to gain the attention and respect of your colleagues. The very fact that you’re afraid of being annoying means that you’re likely not that sort of person who will turn self-promotion into bragging. It’s time to face the other side of the coin and push yourself through your fears towards success.

Now that you’re ready to get out of your shell, let us help you with a few tips below:
1. Talk about your work and challenges

If you don’t want to sound arrogant, don’t say “It was so easy.” Great accomplishments don’t come easily, and everybody knows it. Tell others how hard you needed to work to achieve these great results. Everybody respects those who work hard and put a lot of effort into their work.

Even if you’ve made more sales than anyone else, it’s not a reason to emphasize it. You don’t need to compare yourself to others, instead, compare yourself to your own past. Remember how you started and compare it to what you have now — this is a good sort of comparison that also motivates others.

Listen to any Oscar winner’s speeches, and you’ll notice that all these people don’t consider this success as their own. Don’t forget to mention how your team helped and supported you. Thank your company for the opportunity to become who you are.

“Be thankful for what you have; you’ll end up having more. If you concentrate on what you don’t have, you will never, ever have enough.” – Oprah Winfrey

4. Stick to the facts

It’s easy to say “I’m a brilliant leader,” but the only message you deliver this way is that you love yourself. Let others judge you based on facts. Describe how your team managed to double sales after you took it over.

Some people try to disguise their bragging as a complaint. The truth is, this method doesn’t work. If you say “I’m so embarrassed I scratched my Bugatti Veyron,” this remark will only show how insincere you are.

It’s important to get comfortable with yourself and your success. Don’t be afraid to share your achievements, just make sure you deliver the right message. Show others that you can make a valuable contribution, and you’ll promote yourself without being arrogant.

How do you make other people feel important and valued when they are talking? Let us know in the comments below!