Bustin’ a Few Myths About the FIRE Movement 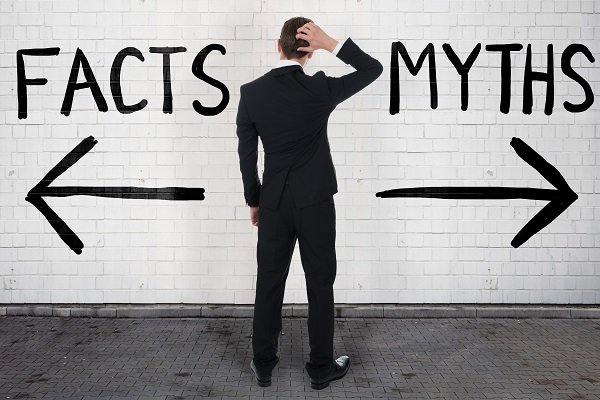 Bustin’ a Few Myths About the FIRE Movement

For every “movement” where a group of people band together and try to improve their lives, there will always be a handful of nay-sayers trying to discredit the cause. The financial independence FIRE movement has a bunch of these haters. And while some concerns about early retirement might be legitimate, the most common objections I usually hear are myths (or personal limiting beliefs).

It’s my opinion that “hate” really just comes from a lack of understanding. So my hope in this post is to explain a bit more about each of these common FIRE movement myths and expand on the reasons why I believe they’re mostly untrue.

Myth #1: The FIRE movement is only for young folks.

I can see why people think this. From the outside, it appears that FIRE walkers are a bunch of kids in their 20s and 30s. But, the deeper you dig and more entrenched you become with the community, the more you connect with people in their 40s, 50s, 60s and older. We’re all prioritizing financial independence by learning, sharing, and helping each other — no matter our ages.

One of the reasons I think this myth exists is because younger folks have a louder voice. Whether it’s new blogs, posts on social media or getting featured by news outlets, it’s usually the younger “success stories” that are published and shared the most.

Also, since time plays a big role in building wealth, some people believe financial independence can only be achieved by those who have decades of time up their sleeve. This simply isn’t true. While a young person might have a bigger time benefit, it’s not the only factor involved in building wealth.

We published a great article a few months back from Late Starter FIRE, written by an Aussie gal who discovered the FIRE movement when she was 47. Since then she’s encouraging more people in older age groups to join the community. Check out her Late Starter Interview Series with 25+ similar stories about people discovering FIRE movement “late” in life.

Myth #2: The whole point of FIRE is to stop working as early as possible.

“Early retirement” is just one single M&M within a massive bowl of delicious candies. (Excuse the weird reference, I’m staring at a pile of leftover Halloween treats on my desk!)

What I’m trying to say is that quitting your day job is only 1 of 100 benefits of getting your financial life in order. Retiring early might be the initial reason some folks are attracted to FIRE, but it’s not the main reason they’re sticking around.

In fact, most FIRE followers who are in a position to retire early are choosing not to! Somewhere along their journey they’ve found work or careers that they truly enjoy. They’ve found activities they are passionate about and work that adds value to their life.

Retirement is not the sole purpose. (In fact, it’s not really even a purpose at all).

To me, the FIRE movement is all about figuring out what the heck you want to do with the rest of your life. I want to slow that process down, not speed it up.  Many other FIRE folks are jumping on the Coast FI train… Learning to identify work they want to do less of, and replacing that with stuff they want to do more of.

**You’ve probably already noticed a lot of people dropping the “RE” from the FIRE acronym… Shortening it to “FI” shows they care less about the “retire early” bit and more about the financial independence or financial freedom side.**

Myth #3: You probably need $5 to $10 million to retire comfortably

If you ask the average person on the street “How much money do you think you need to retire?” they’ll likely ballpark an extremely high dollar figure. It’s mostly based on feelings, not mathematical retirement planning. Actually, even some personal finance gurus ballpark that $5-6 million is the amount of investable assets everyone needs to retire comfortably. I think it’s crazy!

The most popular method the FIRE community uses to calculate how much one needs to retire (also known as your “FIRE number”) is the 4% rule. And since most of you already know what this is, I’ll save blabbing on explaining it in this post!

Some people will need a bigger nest egg because they plan to spend a lot. Others need less because they can live on less. In my opinion, the average early retiree doesn’t need anywhere near $5 mil invested to retire.

What shits me to tears about this FIRE myth is that spreading a one-size-fits-all “magic number” for retirement can be harmful for people just starting their financial journey. Most people can’t fathom a $5 million retirement fund, and unreachable numbers can kill the motivation to start saving or investing in the first place. I’m not suggesting people should aim for low numbers; I’m suggesting that people learn the realistic numbers that suit their individual scenario.

Myth #4: You gotta have a mega high salary to become financially independent, or retire early.

Income is only part of the FIRE equation. Here are 3 main areas that make the most impact in building retirement savings (listed in order of importance):

Reduce expenses. “A dollar saved is worth more than a dollar earned”
Learn to invest intelligently. “It’s not how much you make, it’s how much you keep.”
Grow your income. And be careful of lifestyle inflation 🙂

While a young person with a ridiculously high salary certainly has potential to build wealth quicker, or retire earlier, high income is not a necessity for FIRE. Just focusing on the first 2 points above is more than enough to drastically turn someone’s finances around.

Check out this awesome FIRE blogger, EducatorFI, who is living proof that low income earners can slash debt and build wealth quickly, by focusing on making smart financial decisions. Also, check out the interview series with 30+ other educators who share how they are improving their finances, while doing work that matters!  (I have a soft spot for teachers – my wife is one!)

Also, remember growing income doesn’t always mean getting huge pay raises at work. Picking up a side hustle is a fun way to make a bit of extra money!

Myth #5: FIRE is for tight-asses who practice extreme frugality

I gotta laugh at this one. Personally, I have no issue with extreme frugality, but I can see why it rubs some people the wrong way.

There will always be enthusiasts who take money recommendations to the extreme.

For example, if you tell a group of people to “try lowering your expenses,” most people will cut out a few spending luxuries and be done. But, there will be a few creative thinkers within the group who will take the task as a personal challenge. They will try everything they can to reduce their expenses all the way to zero, even if it kills them. For them challenges like this are fun!

But these extremists make up a small number within the FIRE community. The majority of folks recognize that every rule about money is more like a guideline… They follow along until they experience diminishing returns, or when it impacts their happiness.

The FIRE movement definitely promotes reduced spending and a frugal lifestyle. But really most people only cut back on the things that don’t provide long term joy. Spending less on crap allows for more spending on things that provide value.

Myth #6: The FIRE movement is just a fad. People will lose interest when the stock market crashes.

Some people believe that when the next big stock market crash comes, the FIRE community will dissipate. Losing a butt-ton of money in a short period of time will test everyone’s faith, and shatter everything we’ve been working towards.

Well, this misconception was already proven wrong earlier this year. When the covid 19 pandemic hit and the stock market tanked, most investors lost over 30% of portfolio value within a couple weeks! But, everyone in the FIRE space stayed the course and stuck with the plans.

In fact, the FIRE movement actually gained a ton of traction and followers during the last market dip. It’s in dire situations like this pandemic where people actually wish they had learned more about FIRE earlier.

In my opinion, the FIRE movement will always exist. I can’t imagine a world where people don’t ever want to improve their financial lives and consistently work towards being happier and more free in life!

So, there you have it! What do you hear about FIRE or reasons people think it’s no good?