‘Cheer’ and ‘Dare Me’ Give Cheerleading a Much-Needed Image Correction 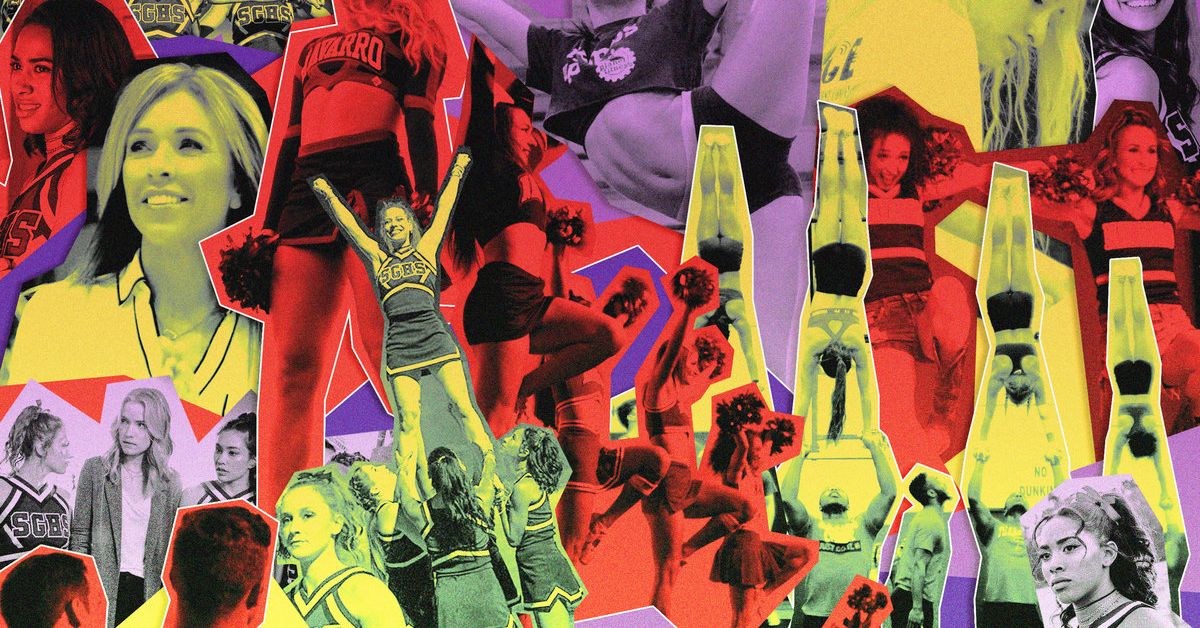 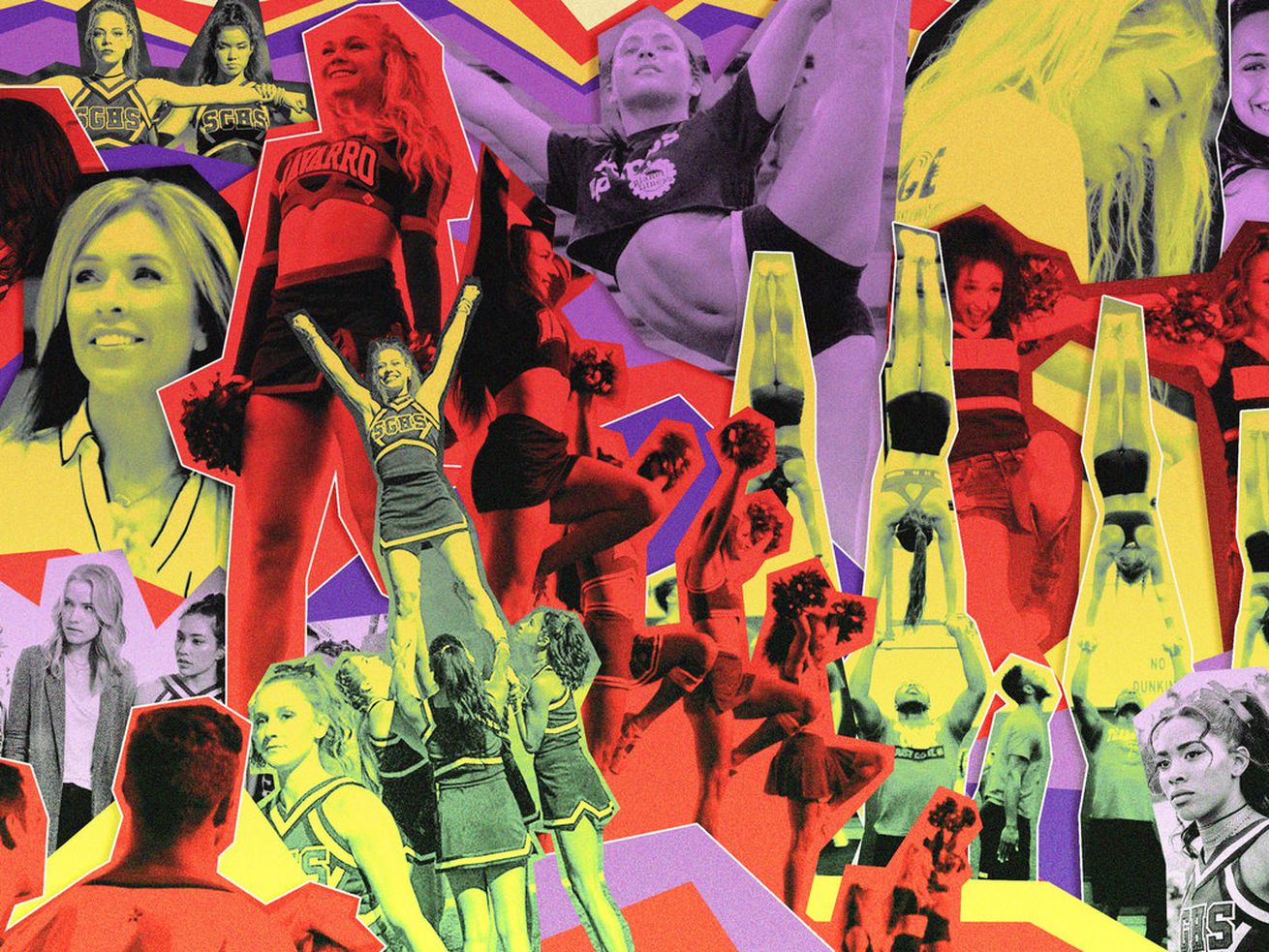 Thanks to ‘Cheer’ and ‘Dare Me,’ cheerleading is getting a much-needed image correction, with the Netflix and USA series showing the sensational complexities of the sport and its athletes

She (she is almost always a she) is a silent, supplemental figure. Her pastime is widely understood as a sideshow to the main event, and her social life is, too. The Sweet Valley High era of teen media largely posits the cheerleader as arm candy to the football player; each gets status out of the arrangement, but only he gets full autonomy. Above all, “cheerleading” is an identity, a place in a John Hughesian social hierarchy. It’s certainly not a competitive sport.

How ironic, and strange, that such a traditional overdog is now in need of an image correction. And yet that’s exactly what two recent TV shows—one fictional, one a docuseries—set out to do. The first is Cheer, the six-episode Netflix saga tracking the athletes of a Texas junior college on the path to the national championships. The other is Dare Me, a typically moody USA crime yarn with the atypical setting of a high school cheer squad. Both series take cheer out of the periphery of sports and storytelling and place it squarely in the center. And both use the spotlight to valorize cheerleaders’ physical feats, and to scrutinize the dark side of their shared pursuit. The virtues of cheerleading have long been obscured by stale, dated visions of pom-poms and ponytails. So have its vices, which prove far more intriguing than mere mean-girl clichés.

Cheer has exploded into Netflix’s first surprise breakout of 2020, though almost certainly not its last. (I recently received a press release announcing much of the cast is now on the video-for-hire app Cameo, a surefire sign of burgeoning microcelebrity.) The show is created and largely directed by Greg Whiteley, the filmmaker behind Netflix’s college football series Last Chance U. Whiteley called the members of Navarro College’s elite crew “the toughest athletes I’ve ever filmed,” a description that won’t surprise anyone who watches their death-defying stunts. What’s notable, though, is that Whiteley even needs to make this claim at all—a hangover of the cultural condescension Cheer works so effectively against.

Led by the steely, charismatic coach Monica Aldama, the Navarro cheerleaders push themselves to their physical limits and engage in fierce competition, often with each other. That much is par for the course in top-tier athletics. What’s not are all the extra hurdles involved for cheerleaders and cheerleading as a sport. Before Cheer delves into Navarro’s spring 2019 season or even develops its characters, the talking heads lay out the stakes: There is no professional version of cheer and no higher circuit for its subjects to graduate to. These athletes are competing for the biggest stakes they ever have or will, and while those stakes are sizable, they are contained in a routine that lasts just more than two minutes. The amateur nature of cheer is starting to change, a shift Cheer explores in the character of Gabi Butler, a social media sensation who’s essentially a family business. But for now, the value placed on cheer socially is reflected in the value placed on cheer financially—i.e., not much. One Navarro cheerleader casually complains that she and her teammates support other sports as part of their own, but football and basketball players never return the favor. She doesn’t dwell on it, though. There’s work to do.

Cheerleading, as its horrifying and increasing rate of injury suggests, takes backbreaking work—a cliché that is, in this case, sometimes tragically literal. But in addition to tumbling across a mat, flying through the air, or launching another human overhead, cheerleading takes other kinds of work, too. Like other female-led sports, including gymnastics and synchronized swimming, cheerleading is as much about projecting beauty and positivity as strength. Female squad members spend up to three hours doing hair and makeup before a performance. Flyer Morgan Simianer laments she’s the “worst performer” on the squad, unable to concentrate on her form and smile at the same time. Meanwhile, Monica freely discusses the need for girls to have a certain “look,” comments juxtaposed with shots of her pupils anxiously weighing themselves; many weigh less than 100 pounds.

It’s almost embarrassingly easy to apply academic terms like “emotional labor” here, so closely does cheerleading hew to textbook observations about the impossible standards set for women. (The Navarro squad is coed; all the male cheerleaders prominently featured are gay, and unlike their mostly white female counterparts, many of them are black.) The tradition of cheerleading sustains so much interest in part because it’s a more extreme version of everyday femininity: effort combined with a demand to suppress visible signs of said effort, which only compounds the strain. Cartwheeling across the floor in lipstick while risking death for men’s motivation is a metaphor so on the nose it has to be real. And though cheerleading doesn’t need added drama to hold our attention, it proves an ideal staging ground.

Truth may not always be stranger than fiction, but holding Cheer up against Dare Me shows the two can be alarmingly close. Based on the 2012 novel by Megan Abbott, who cocreated the show with Gina Fattore, the protagonists of Dare Me are in high school, not college, and live in small-town Ohio, not small-town Texas. That said, the two shows’ similarities far outweigh their differences. Both are shot in an artful style that announces their seriousness, even if Cheer’s palette leans sepia where Dare Me’s skews neon. And both center on a female coach whose relationship with her athletes is alternately inspiring and endangering, supportive and manipulative.

Dare Me’s answer to Monica Aldama is Colette French (Willa Fitzgerald), an “ancient … like, 28” coach brought in to invigorate a promising squad. Problem is, the squad already has a de facto CEO: Beth (Marlo Kelly), an upperclassman who immediately butts heads with Colette while her lieutenant Addy (Herizen Guardiola) is drawn to Colette’s composure. Dare Me teases the audience with hints of an eventual boiling point and ensuing violence, but the tensions between the women are enough to merit investment by themselves, even when they don’t produce much plot.

Some of Dare Me’s subplots verge on the over the top. Beth’s ascendant rival, Tacy (Alison Thornton), is her half-sister, while Addy gets involved in enabling Colette’s extramarital affair. But the show’s flourishes start to seem less baroque in light of some paths the Cheer cast took to Corsicana. Morgan’s parents abandoned her and her brother to fend for themselves in a trailer in their teens, and stunter La’Darius Marshall endured a series of unstable living situations after his mother went to prison. With her dyed-platinum hair and omnipresent vape, tumbler Lexi Brumback would fit seamlessly into the Dare Me ensemble. Lexi gradually takes to the discipline and camaraderie of cheer after acting out in her teens; midway through the season, Monica takes her to the police station when nude photos of Lexi are posted online without her consent.

Both Colette and Monica serve as surrogate parents to many of their athletes, and both leverage that connection to sometimes unsavory ends. Colette, too, makes comments about her cheerleaders’ weight; Monica shrewdly clocks Morgan as a “pleaser,” correctly guessing she can push a psychologically vulnerable teen past her typical limits. Each woman has returned to her hometown after a successful career elsewhere, a choice they often invoke to those around them—Colette to her dweeby, insecure husband, Monica to her team, reminding them she has an MBA and could do something else if she wanted to. Lexi stresses how understanding Monica was about her predicament, but she also mentions how afraid she was to bring it up given how strictly Monica enforces a certain image of the team. Colette’s and Monica’s track records speak for themselves, but results come at a cost.

Dare Me has yet to achieve the overnight success of Cheer, which likely has little to do with its quality and everything to do with a December 29 premiere date and no distribution on streaming. (I’ll admit to yoking it to a more popular show in the faint hope the Cheer wave can lift all boats.) An addictive combination of Euphoria’s elliptical angst with the exurban intimacy of Friday Night Lights, Dare Me still proves similarly ensnaring, echoing Cheer’s themes and adding to them. A cheerleader isn’t a passive onlooker. She’s a fighter, honing her instincts to grin through the pain.