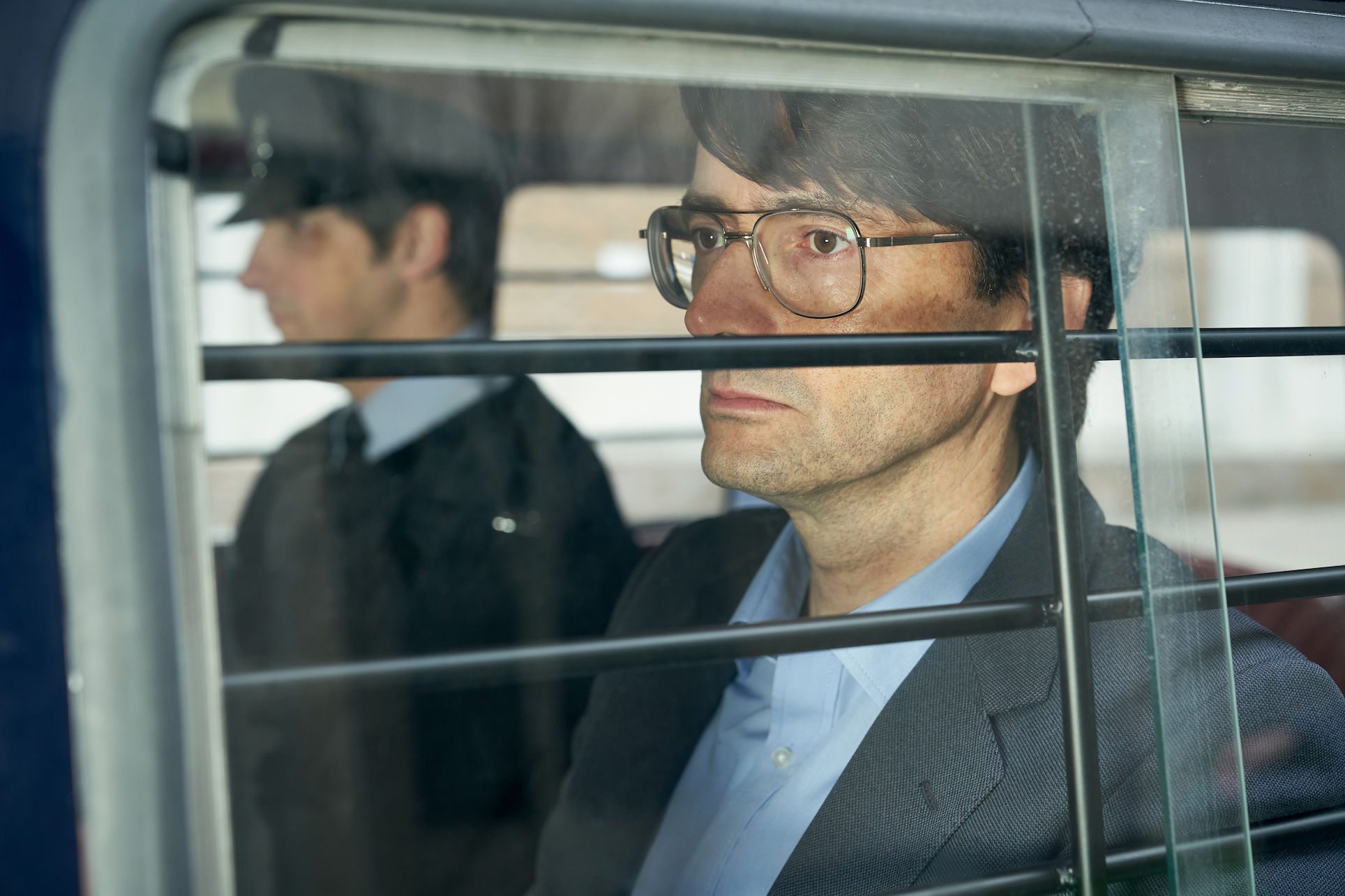 David Tennant is always a friendly, chatty interviewee and the Broadchurch star is just as warm and welcoming as usual when we arrive at a North London studio in January where he is filming ITV drama Des, in which he plays real-life serial killer Dennis Nilsen.

But with his 1980s-style hair and glasses, we are disconcertingly struck by David’s uncanny resemblance to the chilling Nilsen. The three-part drama explores how the horrific crimes of Scottish-born job centre worker Nilsen, known as “Des”, were discovered in February 1983, when police arrived at his North London home, 23 Cranley Gardens, after human remains were found in the drain. Nilsen, then 37, calmly confessed to having killed “15 or 16” young men since 1978. The drama also explores the case through the eyes of biographer Brian Masters (The Crown’s Jason Watkins), who interviewed Nilsen for his book Killing for Company, which partly inspired the series.

Here David Tennant, 49, tells us why playing Nilsen in Des has been one of the toughest of his career…
Do you remember the case?

David Tennant: “I was about 12 when Nilsen was arrested and he was like a bogeyman. But it wasn’t until I moved to North London that I heard the details and read Killing for Company. It was like a local legend. What’s extraordinary is the gulf between his apparent normality and what he did. How close is any of us to falling down that wormhole? What happened to him that flicked that switch?”

How did you approach playing him?

DT: “A couple of people had said, ‘He looks a bit like you!’ But trying to unpick his mind is horrifying and fascinating. I continue to change my mind about what his motivation was, he remains an enigma. It’s challenging trying to decide what’s real and what isn’t. Nilsen lived in his own fantasy world. There’s no consistency to him, only his narcissism. When he was caught he didn’t stop talking, he confessed to everything.”

Many of Nilsen’s victims were vulnerable and homeless men he had befriended, was it important to you that the drama focuses on them?

DT: “Yes it’s not sensationalist, it’s memorialising the victims. I’d have had reservations if we were presenting a gothic horror piece but this is cool and responsible. It’s not The Silence of the Lambs. You want to tell it with sensitivity. There are still many victims unidentified because Nilsen didn’t give a lot of names. The police work was about tracking people down. Many of them had gone missing and people weren’t sure if they were dead or just gone away. It’s difficult to know whether that was something cunningly plotted by Nilsen so that he’d get away with it for longer.”

What research did you do?

DT: “There’s footage of Nilsen and a lot has been written about him. I also met people involved in the case and people who knew him. You don’t want to do an impression but I did spend time studying him and listening to his voice trying to think myself into that space.” Nilsen died two years ago in prison, aged 72. Would you have been tempted to meet him if you could?

DT: “There’s a relief he’s gone because I’d have felt uncomfortable about serving his narcissism. He’d have been delighted and appalled by the drama. I’d have been interested in meeting him though, not to allow him to have input, but to use it as a resource.”

Is it hard to switch off when you finish filming?

DT: “I’m not aware of taking anything home but you’d have to ask those around me! But I’m aware that my off-camera self has been more alienated. I’ve been more dour, less larky and more contained. You have to be respectful and carry a responsibility and duty of care – there are still people alive who are devastated by what he did.”

Des begins tonight on ITV at 9pm (see our TV Guide for more shows to watch).

The post David Tennant says Des drama about killer Nilsen 'is not The Silence of the Lambs' appeared first on What's on TV.