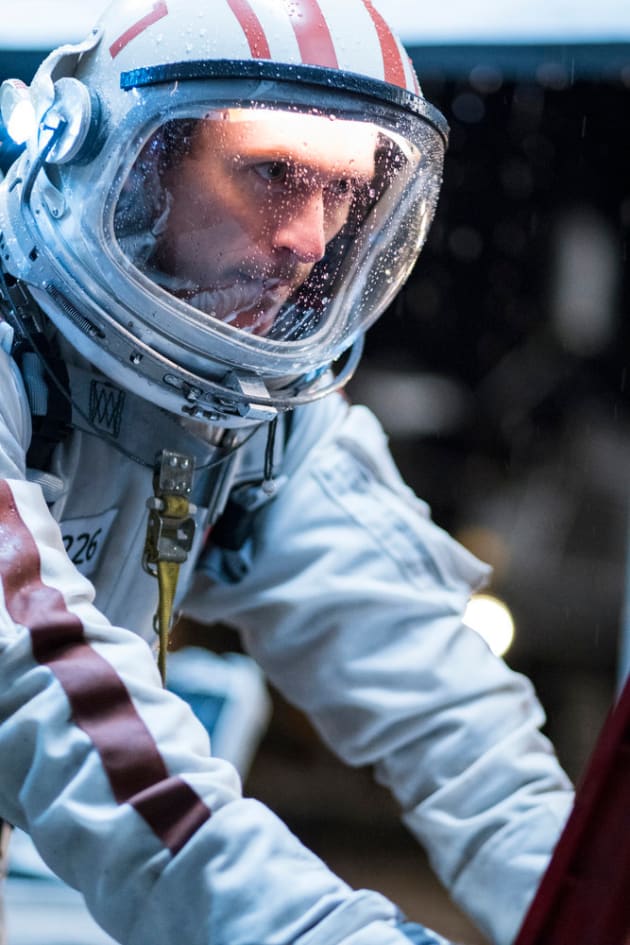 We’re getting a clearer picture of the aliens from the various pieces of debris, but that’s not really what Debris Season 1 Episode 4 was about.

This one was all about Bryan and Finola’s partnership, and the result wasn’t good news.

Keep reading for our thoughts on how these two can continue working together.

The latest debris chunk to fall to earth is a terraforming device. Since the ship was on the move, we can assume that the aliens used it to inhabit any planet they visit.

But there’s another possibility, as well.

With as sophisticated as the debris aliens seem to be, they could also be interested in humanity benefitting from their terraforming.

It’s not such a stretch since those within the boundaries of the debris were fine, other than the fact that their rapidly changed bodies couldn’t readapt to the oxygenated planet on which they live.

If the bigger picture had humanity fully aware of the debris and this particular debris was unable to be stopped, an alert that things were going to look a little different around here might have sufficed.

We may never know why the alien ship was so close to earth that its debris is littering the earth. So we’ll have to enjoy the merits of the magical debris.

This episode introduced the vast differences between Bryan and Finola. Bryan still follows the rules and tows the company line. In this case, that meant that to stop a greater disaster, the victims would not be saved.

Finola: Populated area. Even if it’s not a whole city, there are still people in there. They’ll die if the debris is removed. Do you even know what that’s going to look like?Bryan: There are things that you understand about life that I don’t, and I respect that. But there are things that I know that you will not find very palatable, and one of the hard lessons I have learned is that when I am facing a situation like this, I am going to focus on the people that we’re saving and not the ones that we can’t.

Permalink: There are things that you understand about life that I don’t, and I respect that. But there…

A few lives for the greater good is a decent trade, in his mind. He has learned how to disassociate from it so that he doesn’t go crazy.

Or has he? Because we’ve seen that Bryan often finds himself near the brink of an emotional meltdown. His disassociative techniques aren’t as keen as he makes himself believe.

We also met a new American agent named Beck, I believe, who has worked with Bryan in the past. That relationship revealed that Bryan has worked with someone with a lot of heart before, Julian, aka Jules.

Hearing Bryan tell it, Jules went out a hero. From Beck’s point of view, it was a disaster — he had to alert Jules’ wive of his death. Perspective is everything. The bottom line was that Beck wanted Bryan to be careful with Finola.

That discussion might have been what triggered Bryan to go cold.

When you watch Debris online, you’ll notice that in the earlier episodes, when Finola wanted to collaborate and find a way to save those at the heart of the current debris challenge, he was open to her suggestions. This time, he shut her down without consideration.

Based on what he’s seen in the past, Bryan wants Finola to harden up so that when the inevitable happens — they cannot save the immediate victims and the world at once — she’ll be saved from the devastation of that reality, one he knows all too well.

Finola: I’ll find a way.Bryan: We don’t have time. Think about the people in the county, the state. If we don’t act, we might not be able to stop the terraforming. There’s no way we’re going to be able to win all these, and I know that every cell in your body right now is screaming for you to do what you think is right. I need you to go against that. I need you to trust me.

Permalink: We don’t have time. Think about the people in the county, the state. If we don’t act, we…

That’s not how Finola rolls. She pushed and realized that although they don’t have the science available to reverse what happened to the victims, they can use another piece of debris to put them into stasis until they had it.

Ignoring his advice to let those people go and getting approval from Maddox to use debris 489 blindsided Bryan.

But this is where things get interesting.

Bryan and Finola were already at loggerheads about the situation when that occurred. But it only got worse when they discussed whether or not Finola had the right to tell Ephraim about his family and what would become of them.

She went against her gut with gritted teeth and lied to Ephraim, and it was eating her up inside.

The whole time they butted heads, it was screaming what Bryan knew about George Jones but wasn’t sharing with Finola. Even as he tried to explain how important it was to think of the bigger picture, he had her situation on his mind. He was trying to let her down easy before she knew that she would be let down.

Finola: I just think that we all have the right to know the truth about what happens to the people who we love.Bryan: That’s not our job. We are supposed to be blips in these people’s lives, not memories. We’re doing everything we can.

Permalink: That’s not our job. We are supposed to be blips in these people’s lives, not memories. We’re…

But as their situation got more tenuous, Finola got the call about her dad. She was stunned to learn that Bryan had known about her dad. That was all the motivation she needed to go back to Ephraim, giving him the information he needed to make an informed choice.

But she didn’t think it was imperative to give that same informed choice to the earlier victims. She found a way to “save” them, but what if they didn’t want to be saved? For her, what they didn’t know wasn’t going to hurt them.

She decided for them that they will live even though their lives will never be the same. Nobody knows when or how they’ll wake up. It’s a crapshoot.

So as angry as Finola is at Bryan, she doesn’t really have a leg to stand on here. Information wasn’t shared with Finola for similar reasons. Until they know what’s going on with George, if it’s even George, it didn’t make sense to clue her in.

Bryan: Why’d you do it?Finola: I realized it was right.Bryan: I just want to understand it.Finola: I’m not sure you’ll ever understand it.

Permalink: I’m not sure you’ll ever understand it.

Debris made it sound more sinister, but ultimately, Finola’s boss asked her to keep information from Bryan just as he was asked to keep it from her. Maybe, if Bryan hadn’t seemed so cold about the latest debris, Finola wouldn’t have been able to stop herself from asking him why he didn’t tell her what he knew.

She’s reading it all wrong, of course. Bryan’s initial reaction was that Finola needed to know. Even if he played it as if he felt that way to protect their roles, he was concerned about how the news would affect Finola.

It’s only when they break free from that scenario between themselves that they’ll achieve a full partnership.

The more they know about each other and understand, the faster that will come about.