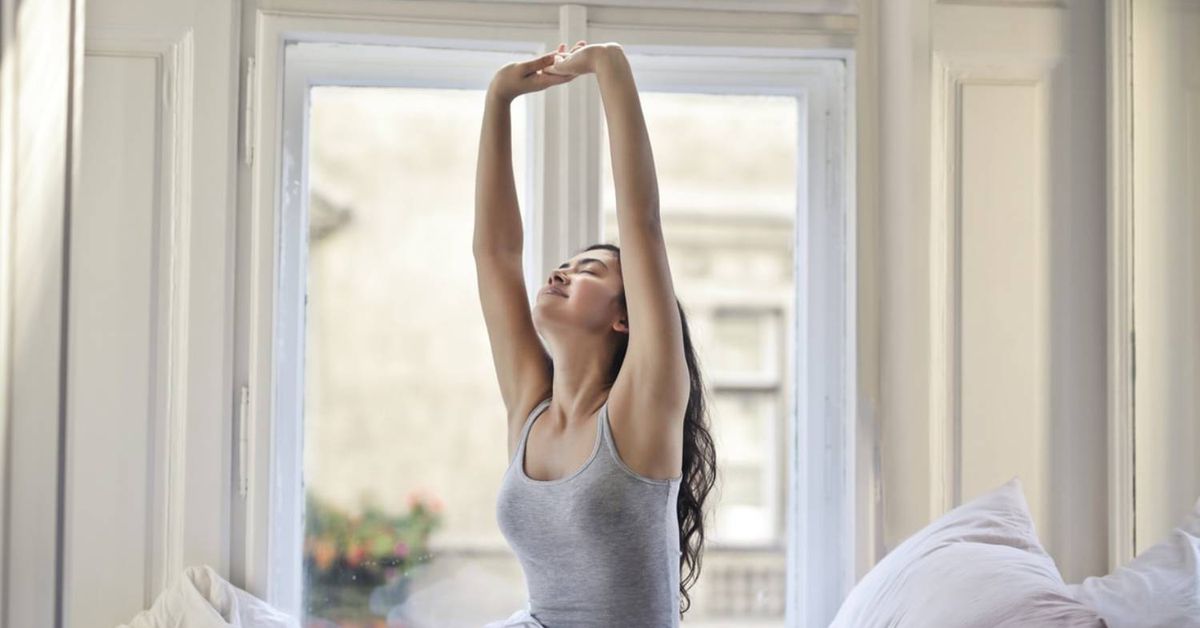 Every morning I wake up at 5:27. I read for 17 minutes, perform my ablutions (13 minutes flat), then meditate until 6:43 when I break four raw eggs into a blender with two strips of bacon, blend for 33 seconds, and chug in eight. By 6:50 I’m ready to face the day—and I’m sure most of you, mere mortals, are still asleep.

Your morning routine is what you regularly do when you wake up. For most people, that’s getting out of bed, having breakfast, getting dressed, brushing your teeth, and heading into work. There is, however, a productivity movement driven by people like Tim Ferriss and James Clear that suggests having a morning ritual that includes activities such as meditating, journaling, exercise, and other healthy and mindfulness-oriented practices to get your day started.

Maybe you’d like to do some meditation before going out and facing the world. But if you’ve got a two-year-old whose morning routine is throwing tantrums, you’re not going to get those 20 minutes of silence before work.

Decide what you want to achieve

Personally, I like having a morning routine that involves meditating, stretching, and journaling. I find it’s a really effective way for me—a childless, freelance, remote writer—to get settled and focused on work. I have seen many of the touted benefits of these seemingly over-the-top morning plans, like less stress, better emotional health, and more productivity. If I skip my routine, it’s easy for me to waste my morning procrastinating on Reddit and Instagram.

But that may be totally different from what someone with two kids and an hour-long commute needs to do every day before they go to work. There are lots of benefits to the aforementioned morning routine mainstays and the like, but focusing on them shouldn’t compromise other things you actually need to get done.

Before deciding on a highly demanding morning ritual, consider what you need to achieve and work backwards from there. If you have to make it to work on time, clean, well-dressed, and fully caffeinated, start with building a routine that allows you to do that—and then you can add in some weight training or meditation. On the other hand, if you struggle to get focused in the mornings, maybe a bit of physical activity or mindfulness practice is exactly what you’re after.

Don’t go overboard all at once

You already made that great cup of coffee. Why don’t you try breathing deep a few times while it becomes drinkable? (Donovan Valdivia / Unsplash/)

Like with any self-improvement plan, it’s easy to go from zero to 100 and back to zero again with your morning routine. Just because they’re currently in vogue, it doesn’t mean you need to create one that will best everyone else’s. It’s better to slowly build a series of habits you can stick with, than failing while trying to do everything at once.

The easiest way to build new morning habits is to piggyback them onto your existing routines. You can easily use the time you wait for your coffee to cool—which you probably spend scrolling through Twitter or Instagram—journaling, if that’s what you want. If you want to work on meditation, start with five minutes as soon as you get out of bed, or even 10 mindful breaths in the shower. Don’t set the bar too high—if exercise is what you’re interested in, for example, you’re far more likely to build a successful routine around a seven-minute bodyweight circuit than a 5-mile pre-dawn run.

Also, don’t try working in a dozen different things in one go—add new habits and routines slowly and let each one settle. It takes about two months for a new habit to become automatic, so don’t spread your focus too thin.

Morning routines start the night before

Just imagine the smile on Future You when they see the amazing fruit smoothie you made for them. (S’well / Unsplash/)

While most of the focus is on what you do after you wake up, what you do before you even go to bed can determine how successful your morning routine will be.

Consider the ideal ritual you’re trying to build and look for both trouble points and opportunities to do more the night before. If there’s a way to head off a predictable potential problem with a bit of preparation, take it. And if there’s not, think about how you’ll deal with things in the morning.

If your goal is to eat a healthy fruit salad for breakfast, slicing up the fruit the night before makes it much more likely you’ll stick to the plan, and will prevent you from falling into the trap of quick and easy sugary cereal. If you want to get to the gym, don’t start your day digging through your laundry—take the time to get your washing done and leave your bag packed and ready before bed.

Some days are harder than others. Don’t worry—you can catch up tomorrow. (Kinga Cichewicz / Unsplash/)

Once the initial flush of excitement fades, sticking with new routines is hard work. Just look at the vast majority of people who fail to keep their well-intentioned New Year’s resolutions—most flunked them by February.

And the February of your morning routine will come. You’ll just need to plug away through it. One of the best ways to speed up habit formation is to stick with it. It takes a few months for your morning routine to become an actual routine, so don’t stop as soon as you lose a bit of motivation.

Obviously, everyone will miss a day from time to time, but it’s important to not let skipping your routine become the routine. If life gets in the way, don’t overthink it and just continue where you left off. A good challenge is trying not to miss two days in a row.

However, if you do start skipping days, stop and reconsider things. That’s a sign that you either don’t really want what you’re telling yourself you want, or are taking on more than you can handle at once.

Are you sure you’re a night owl? (Victoria Heath/Unsplash/)

Some people just aren’t morning people. There’s actually a theory about how hunter-gatherers had staggered sleep patterns, with some falling asleep early and waking early and others falling asleep later and waking later, so there’d always be someone alert around the campfire in case lions came by for a midnight snack. This now expresses itself as your chronotype: whether you have a propensity to be a morning or evening person.

If you struggle to develop a productive morning routine because you just can’t get up early enough, you might just be genetically disposed to be a night owl. Don’t fight it—instead, schedule big things like gym sessions for the evening. You can still make a great routine for yourself, but you’ll need to be aware of what you’ll actually be able to achieve.

Be warned though—this comes with a major caveat. A huge number of people think they’re night owls, but in fact they’re just staring at screens too much and mess up their sleep patterns. I thought I was chronotypically an evening person, but as soon as I got a handle on my late night screen use, I found out I was actually a long-suffering morning person.

There is no perfect morning routine—only the one that’s perfect for you. And it is perfect because it gets what you need done, and therefore, you can stick to it.

If your morning routine still isn’t coming together despite your best intentions, then take a step back and reconsider what you’re doing. Change a few things, iron out any trouble points, and try again. You’ll eventually find out what works for you, what supposedly productive habits are actually good, and which ones are just ludicrous fads.