Did Jeremy Really Kill Nolan On ‘The Perfectionists’? Kelly Rutherford Doesn’t Think This Mystery Has Been Solved Yet 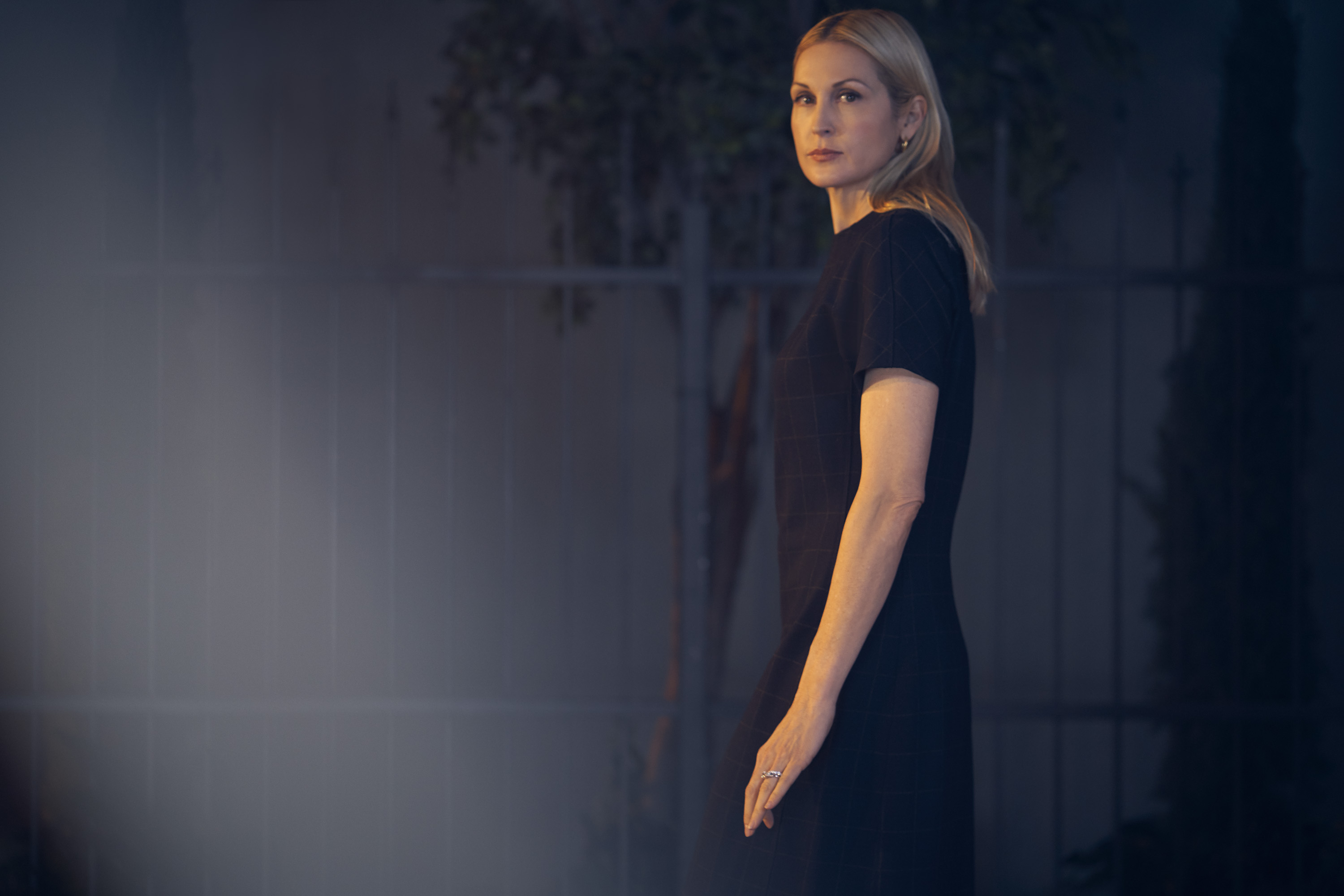 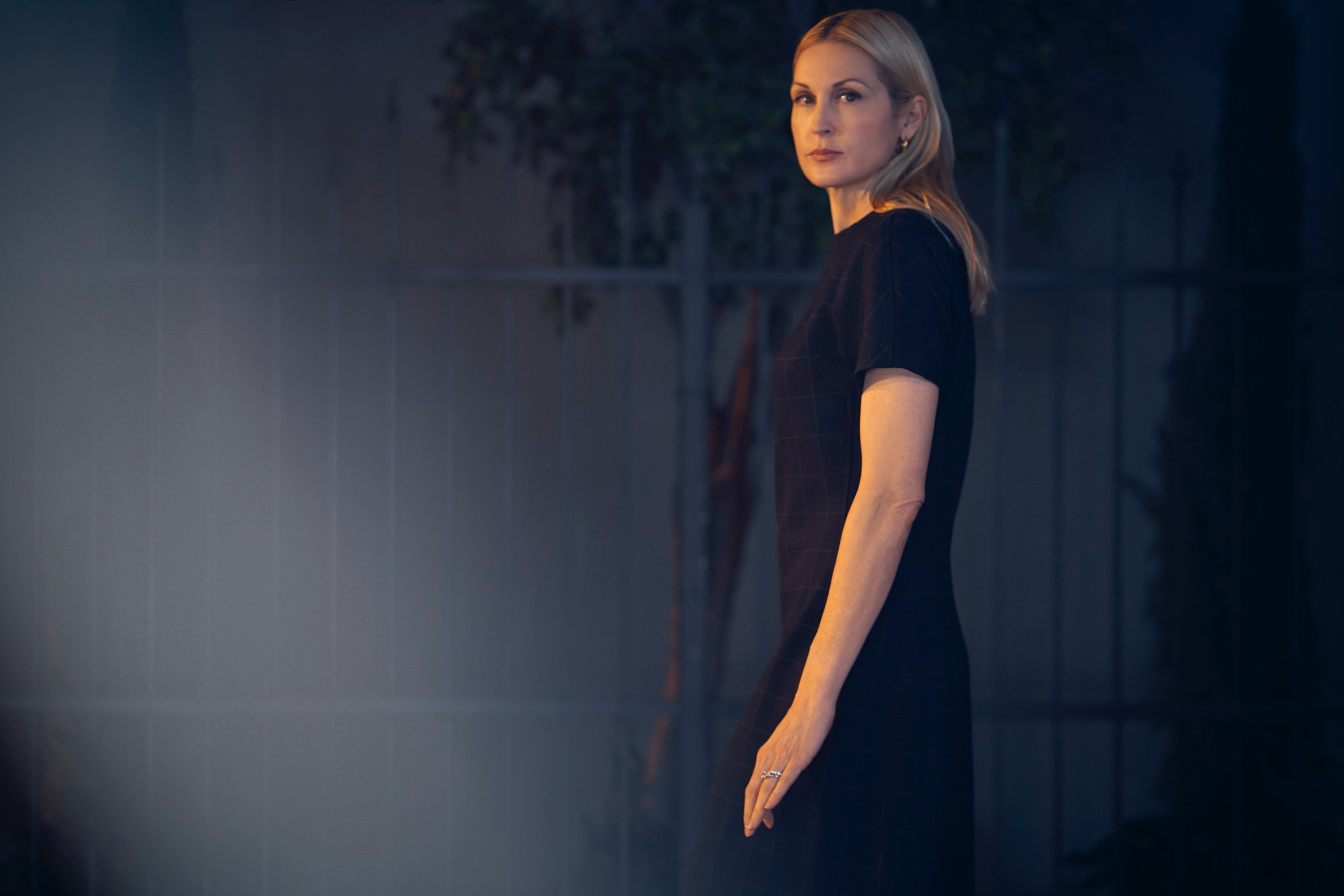 As PLL: The Perfectionists wraps up it first season, some questions are finally getting answered. The only thing is, can fans trust those answers? Kelly Rutherford, who plays Claire Hotchkiss on the show, isn’t too sure that Jeremy actually killed Nolan on The Perfectionists. The big reveal of Nolan’s supposed killer came during Wednesday’s May 15 episode, but fans shouldn’t necessarily consider this case closed just yet. "It doesn’t seem likely [that Jeremy killed Nolan]," Rutherford tells Bustle in a phone interview.

She adds that she doesn’t know for sure, but she just doesn’t think that the prize Hotchkiss employee would really off his boss’ son. "If we’re just going by what we see, it certainly doesnt seem likely that he would," she says. "I don’t know one way or the other, but … he doesn’t seem like an obvious choice."

Jeremy would potentially have a motive in that Nolan was blackmailing Jeremy’s girlfriend Caitlin. But, even still, it doesn’t seem like he’s the type to go all the way through with murder. It wouldn’t surprise me if he were involved in Nolan’s death in some capacity, but it’s not super convincing that he’s the only culprit. First of all, Jeremy never said what he was confessing to. "I did it to protect you and your family," he told Caitlin vaguely. "If I tell the police what I did then my life will be over."

Viewers know the Beacon Guard blackout that happened right before Nolan’s death was triggered by a Hotchkiss device that Jeremy’s account had logged into. But what if he only caused the blackout but not the murder? What if he just gave someone else his passcode? There are still a lot of alternatives here, so fans should be cautious about jumping to conclusions. 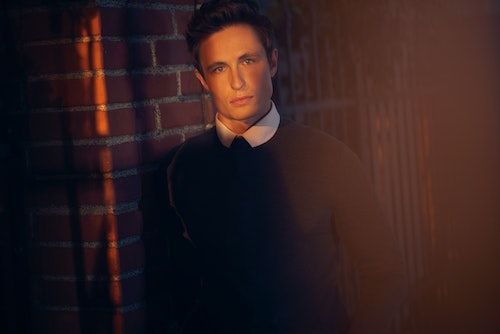 It’s this constant suspense that Rutherford loves so much about the show. "Of course everyone has some motivation and yet at the same time none of them seem like they would be the person that would have done it," she says. "I just love the way they write these shows it’s fun acting it, because you’re not really sure, and then it’s also fun watching it, because it really could be anybody."

This anybody could potentially include Ray Hogadorn who we saw was on the list that Beacon Guard (and Claire potentially?) is tracking. "I haven’t really had any scenes with him, but obviously, in the script, he’s just sort of another suspicious character," Rutherford says about the mysterious janitor. "[That’s] what [showrunner I. Marlene King] does so well there’s these characters that come in and you think, ‘Well, gosh maybe they’re a part of it, maybe they did it.’" She adds that she’s not sure what, if any, connection Claire has to Ray, but she thinks the unraveling of the whodunit mystery and all its potential players is fun to watch and try to solve.

That’s the thing about this show, sometimes not even the actors know for sure how the mystery ends up. Rutherford tells me she’s not even certain if Claire’s motivations are good or bad. "Sometimes I’m in a scene and I think, ‘Oh my gosh, am I [bad]?’" she says. "I’m trying to just play it mostly straight forward, because I’m hoping she’s a good woman. I dont really know, but I think that’s part of the fun of it." 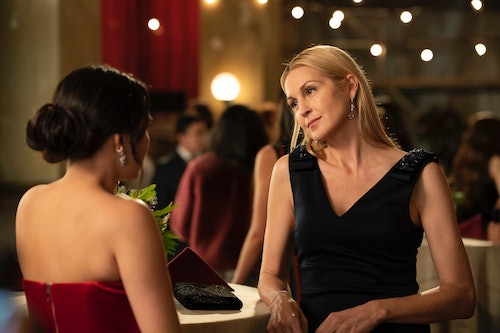 But as fun as being along for the ride of the mystery is, Rutherford hopes fans can learn even more about her character in a potential Season 2. She says that now that fans know Claire Hotchkiss as the person running Hotchkiss Industries and Beacon Heights University, she wants to get to show more of who Claire really is behind the titles and power. "She’s obviously a mother who’s trying to protect her daughter and trying to find out who killed her son, all the sort of obvious things, but who is she really?" Rutherford says. "What makes her tick and why is she doing certain things?"

Hopefully that character reveal is coming in the future, but, for now, fans have the Season 1 finale to look forward to on May 22. Rutherford teases that there’s a lot to come from the final episode. "[There are] some romantic surprises coming up, which aren’t sort of suspected and [are] really fun," she hints. And perhaps we’ll learn the actual truth about Jeremy too.