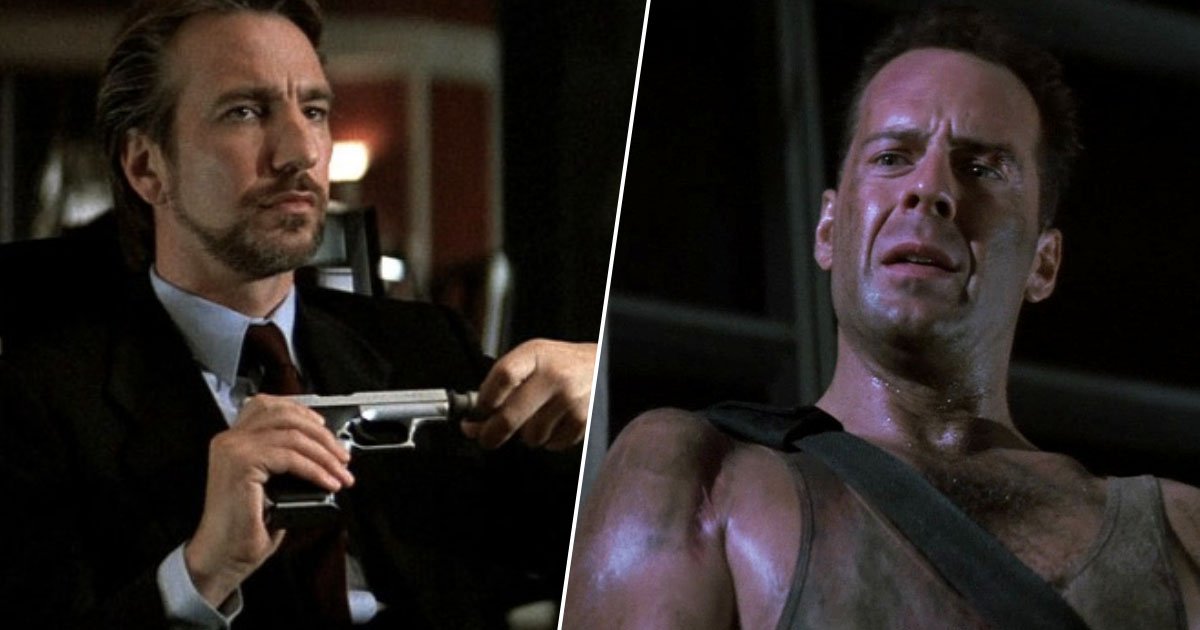 Come out to the coast, have a few laughs – 20th Century Fox

Chances are if you’re reading this you won’t remember the Eighties, a glorious time when hair was big, polyester was fashionable and cinemas across the land were chock full of cracking action movies.

From Terminator to Lethal Weapon it’is undeniable the action movie genre hit its stride during the decade that fashion forgot but the greatest of them all will always be none other than Die Hard.

Let’s be clear here, Die Hard is a fan-bloody-tastic film that helped to redefine the genre and continues to inspire movies to this day, but more than that it’s possibly the greatest action film ever made.

Don’t just take the word of one rambling Die Hard fanboy though, take the words of all these fanboys who, like myself, believe that Die Hard is one of the best films ever made.

Entertainment Weekly voted it the greatest action film ever, Empire the 29th greatest film EVER, even a writer for The Guardian called it a ‘perfect action movie’, despite the fact it doesn’t have subtitles.

But why do I consider it the greatest action movie ever made? Well that’s a great question and lucky for you I’m your white knight who’s more than happy to explain it to you.

In case you’ve not seen it then don’t worry bubby because the only thing better than watching Die Hard, or reading the novel it’s based on, is me telling you the plot.

Set on Christmas Eve NYPD detective John McClane (Bruce Willis) arrives in LA with the plan to reconcile with his estranged wife Holly (Bonnie Bedelia) at her work’s holiday do.

Things go sideways though when German terrorist Hans Gruber (Alan Rickman) and his twelve not-so-merry men crash the party with the plan of stealing $640 Million in bearer bonds.

Alone and shoeless McClane battles to take down Hans and the terrible terrorists before they make off into the night with their ill-gotten gains. Oh and he has to rescue Holly along the way to. So far so action film but Die Hard does something a bit differently and I think this is one of the elements of the film that cements it as ‘the best’ action movie.

While other films in the genre featured big burly men sweating pure testosterone as they gunned down nameless mooks with nary a thought for their friends, family or the economic circumstances that forced them into henchman work (stay woke) Die Hard broke the mould.

John McClane is a man out of his element both literally and metaphorically. He’s a New York cop in Los Angeles at a party where he doesn’t know anyone and then all hell breaks loose.

It’s only through sheer coincidence and luck that John manages to avoid capture, as he himself admits: ‘he’s just a fly in the ointment, the monkey in the wrench. The pain in the ass.’

Throughout the movie, we’re reminded of this and that John’s not a supersoldier on one last mission to roundhouse kick his way through legions of terrorists, he’s just a normal guy at the wrong place at the wrong time.

So when Hans Gruber asks him if he’s he’s ‘John Wayne? Rambo? Marshal Dillon?’ The answer is he’s none of them, instead, he’s an everyman panicking his way through a situation he has no control over. It’s only through his fear, and his love, that he manages to overcome the odds and beat Hans’ gang but during the film it’s clear John’s terrified he’ll die, even stopping to ask God to spare him before leaping off a building.

This vulnerability is what I believe grounds John, along with his obvious goal of reuniting with Holly, and it’s what allows us, the audience, to empathise and relate with him in a way we can’t with John Connor or Douglas Quaid.

John essentially breaks the action hero mould and his influence on movies led to the creation of a whole sub-genre of action films where a  reluctant underdog battles against unwinnable odds an indirectly inspired Air Force One, Speed and other classic films. Of course, heroes are nothing with a decent villain and Die Hard’s bad guy is one of cinema’s best.

He’s dastardly, he’s charming, he’s not afraid to count to three and shoot a Japanese millionaire in the head, he’s Hans Gruber an exceptional thief and the perfect foil to John McClane.

Like McClane, he’s an outsider, a German thief who’s crashed a party with the intention of pulling off the heist of the century and yet for all their similarities they’re mirror opposites, the Venom to John’s Spider-Man if you would.

You see while John’s entire experience in Nakatomi Plaza is entirely outside of his control Hans is completely in control, orchestrating everything with impeccable German efficiency.

Even when John ‘captures’ Hans, the magnificent b*stard’s quick improvisation convinces McClane (momentarily) that he’s an escaped hostage and not a threat.

It’s part of why we love him, he’s so smart and one step ahead the whole time that he seems like an undefeatable antagonist who John can’t hope to overcome which makes it so much sweeter when he inevitably does.

On a weirder more meta level though Han’s Gruber represents a very rare thing in action cinema, a compelling well written bad guy with a believable motivation that’s at odds with our heroes.

Let’s be honest there just aren’t that many villains in the genre who compete with Gruber in terms of how well developed they are.

It helps Hans’ case that he also happens to be played by one of the finest actors of the decade, Alan Rickman, who goes above and beyond to give this terrible thief some gravitas. Characters aside the movie’s action set pieces are pretty damn spectacular. Director John McTiernan had already cut his teeth in the action genre with Predator the year before but here he takes it to the next level. Also by setting the movie in a single building McTiernan plays with the unique architecture of a skyscraper as John and Hans play out their deadly game of cat and mouse in the stairwells, lift shafts and offices of Nakatomi Plaza.

Like McClane smashing the notion that action heroes all have to be muscular He-Men who eat bullets for breakfast, McTiernan changed the rules of action cinema and his legacy is clear even now.

In conclusion, Die Hard’s great because John McClane is a likeable everyman, Hans Gruber is the best bad guy ever, the story and setting are great and the direction stellar.