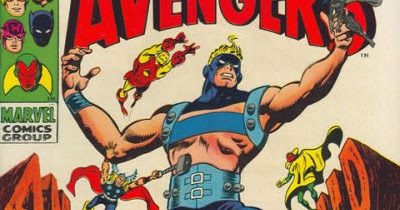 If there was one bike that every child, in my youth, wanted, it was a Raleigh Chopper.And that means April 1969 was the most awesomest month ever, as it was the month in which the banana-seated, high-handlebarred vehicle was launched upon the world, from a factory in Nottingham.This means the first half of 1969 saw the introduction of both the Chopper bike and the Space Hopper. Truly, the future had arrived with a vengeance.And there were other sci-fi vehicles making the news as well because April 1969 saw the unveiling of the very first plans for the Space Shuttle, and saw the Harrier jump jet enter military service for the first time.Elsewhere, Skamania County, Washington, made it illegal to shoot Bigfoot.So law-abiding are the people of Skamania County that, since that law was passed, fifty years ago, not one Bigfoot has been shot by them.But it wasn’t all good news for Bigfoot. If he got too close to that glowing box in the corner of his living room, he was in serious trouble. For, in that month, Americans were warned, by their government, to stay more than six feet away from their colour TVs at all times, after one-in-five sets tested in Suffolk County, New York, had been found to be emitting above-legal levels of radiation. 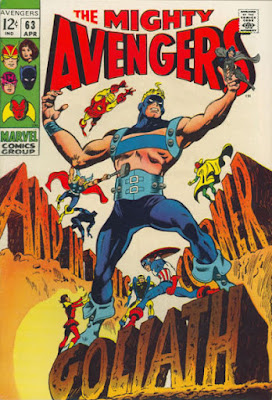 It’s the tale no comic fan will ever forget, as Hawkeye randomly decides to become the new Goliath and, by an incredible coincidence, his first adventure in that guise leads to him having to fight a giant monster.The first time I ever encountered the Clint Barton Goliath was in that Avengers/Hulk tale in which Psyklop kidnaps Bruce Banner’s more robust alter-ego. It left me highly confused, as I couldn’t understand why Hank Pym was suddenly talking like the Thing. 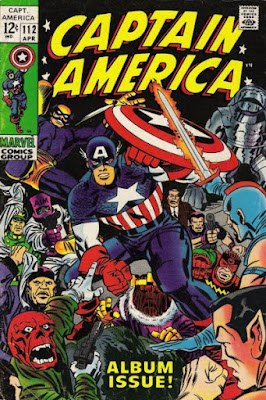 Hooray! Cap’s book surprises us all by retelling his origin!I believe this is the issue after he decides to fake his own death, in order to get away from Rick Jones.At least, I think that’s his motivation. It’s straight after the tale in which Rick foists himself upon Cap, as the new Bucky, so I assume that must be the reason.The cover boasts that it’s an, “Album issue.” I don’t have a clue what that means. As far as I can remember, it’s just a standard format comic book. 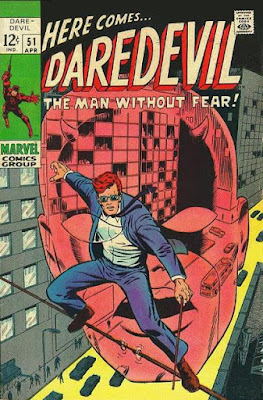 It’s another job for Barry Smith when DD battles a robot and then discovers he’s dying from radiation poisoning.Clearly, he’s been standing too close to his colour TV. 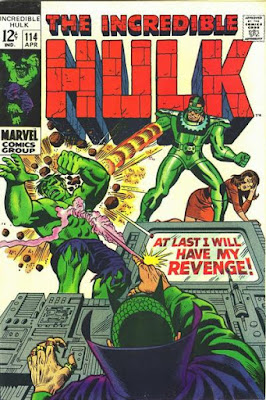 The Sandman teams up with the Mandarin in yet another attempt to beat up the Hulk.Needless to say, the attempt fails.I really don’t recall anything much about this tale. Is it the one in which Sandy falls into a vat and gets turned into glass? 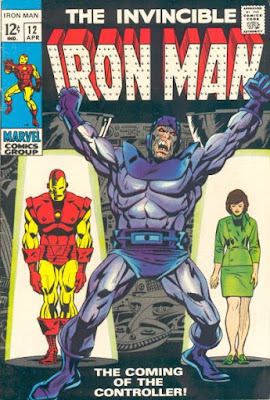 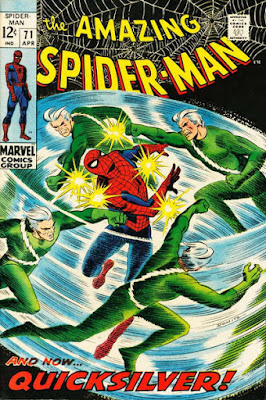 Abandoned by Magneto, Quicksilver decides to seek out the aid of the Avengers but ends up fighting Spider-Man instead.What should be an easy victory for a man who can hit Spidey before he even knows he’s there is a complete disaster, thanks to Quicksilver forgetting he can’t run through solid objects. 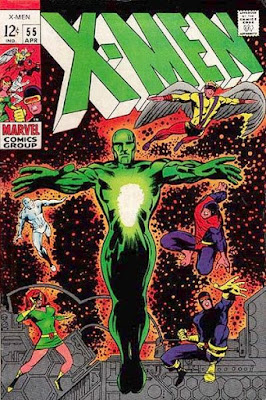 The X-Men are still up against the Living Pharaoh but, more importantly, we get the revelation that Alec Summers is a mutant.We also get the second part of the origin of the Angel. 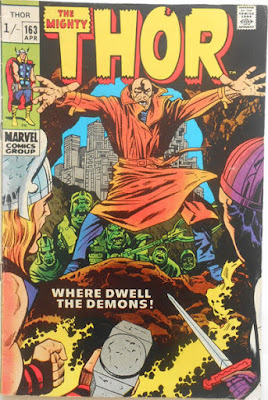 I do believe this issue’s big, shock revelation is that the mystery villain who’s captured a chunk of New York is none other than that nefarious lord of Hades, Pluto.Admittedly, the shock’s somewhat diluted by the fact that he’s on the cover.I do believe this story sees the second ever appearance of Warlock who’s having a nap in a building which Pluto and his mutates from the future are occupying. 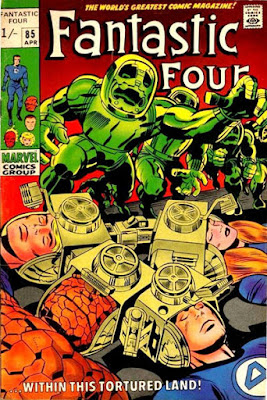 The FF are still trapped in Latveria and have been brainwashed into thinking their super-powers don’t work.