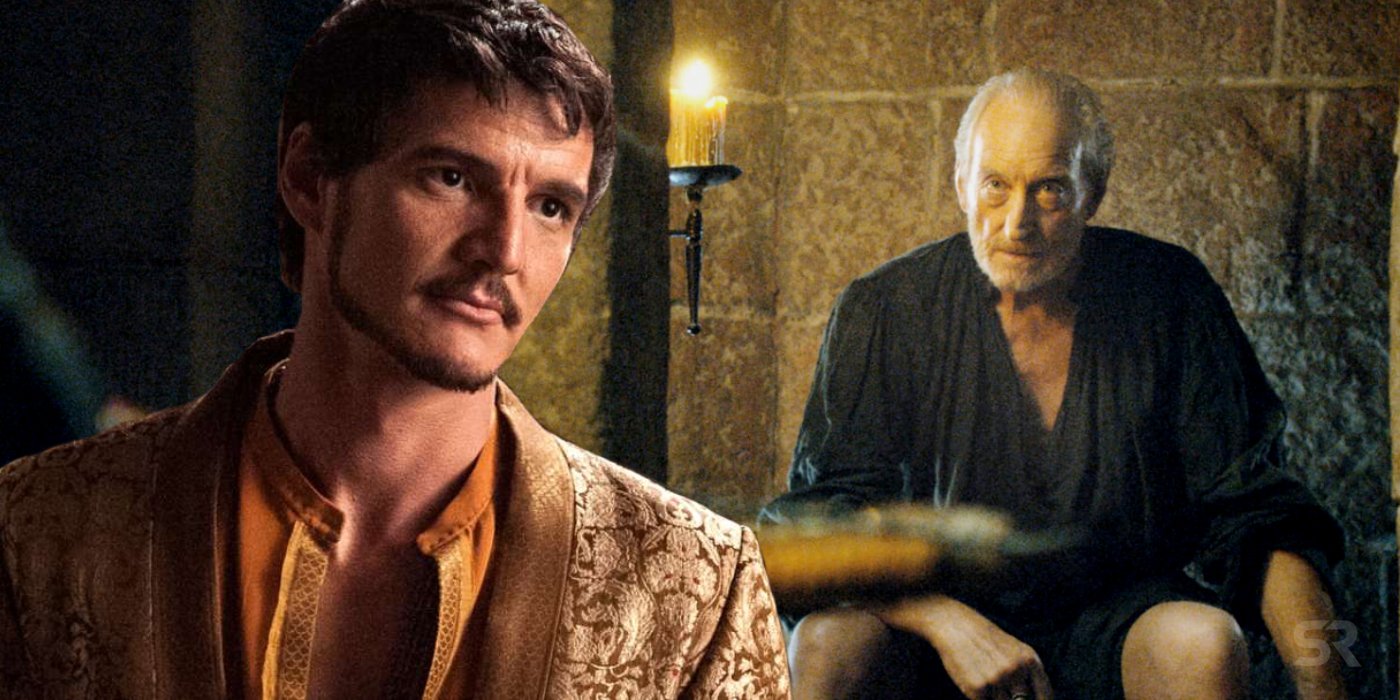 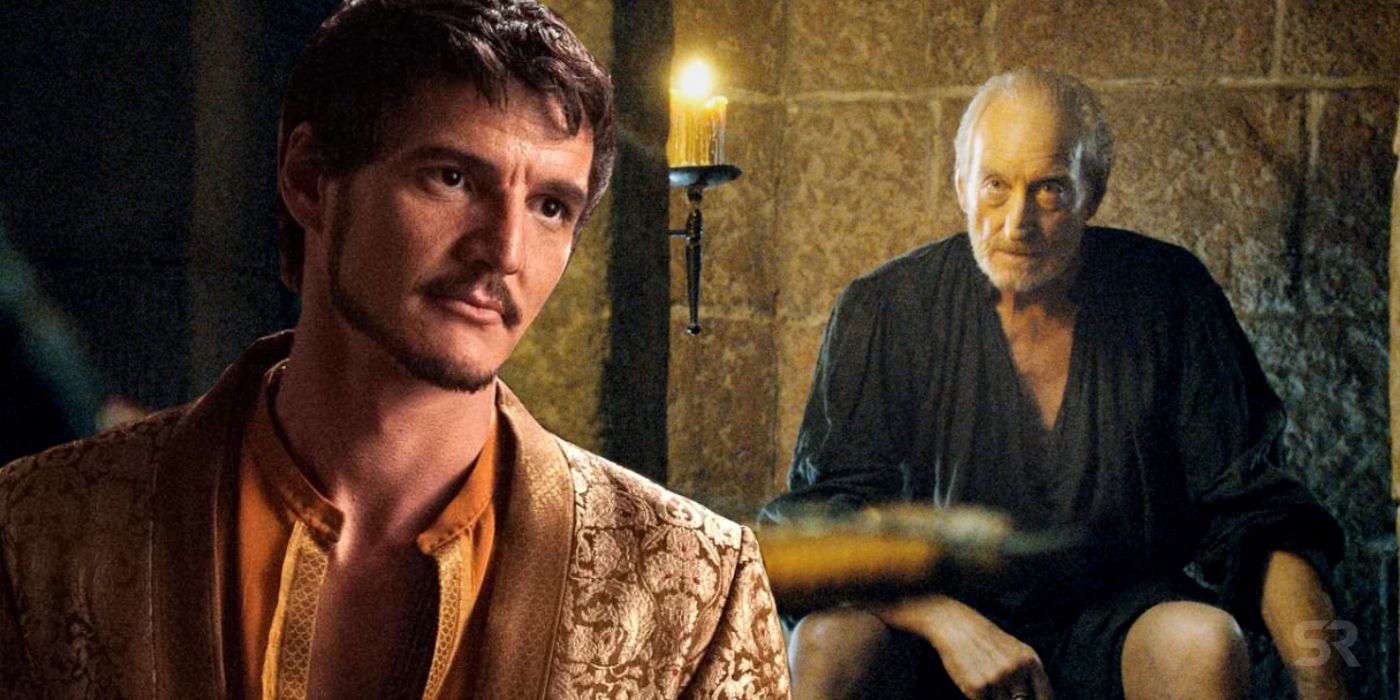 Game of Thrones had a multitude of memorable deaths over the course of its eight-season run, but one theory suggests Tyrion Lannister had a hand in killing his father, Tywin. In fact, there was a belief Oberyn Martell poisoned Tywin but Tyrion finished him off before the it took full effect. Here’s the evidence that supports the poisonous assassination attempt.

The popular HBO series has come to an end but that hasn’t stopped the investigation into the array of theories the narrative has spawned. Some long-discussed theories have proved to be true, such was the case with R+L=J, while others hang in the air. The theory surrounding Tywin’s death was neither confirmed nor denied but there was never a clear answer in both the TV show and George R.R. Martin‘s book series in which it was based.

The idea Oberyn may have had a part in Tywin’s death has been around since the character was killed at the end of Game of Thrones season 4. After finding his lover, Shae, in his father’s bed, Tyrion took Joffrey’s crossbow and found Tywin on the toilet. Following the heated exchange, Tyrion shot the crossbow, piercing his father right in the heart. Tywin could have just been doing his business at the time but it’s also possible he was hunched over the toilet because his bowels and bladder were shutting down due to poison. Who better to poison him than the Red Viper of Dorne? 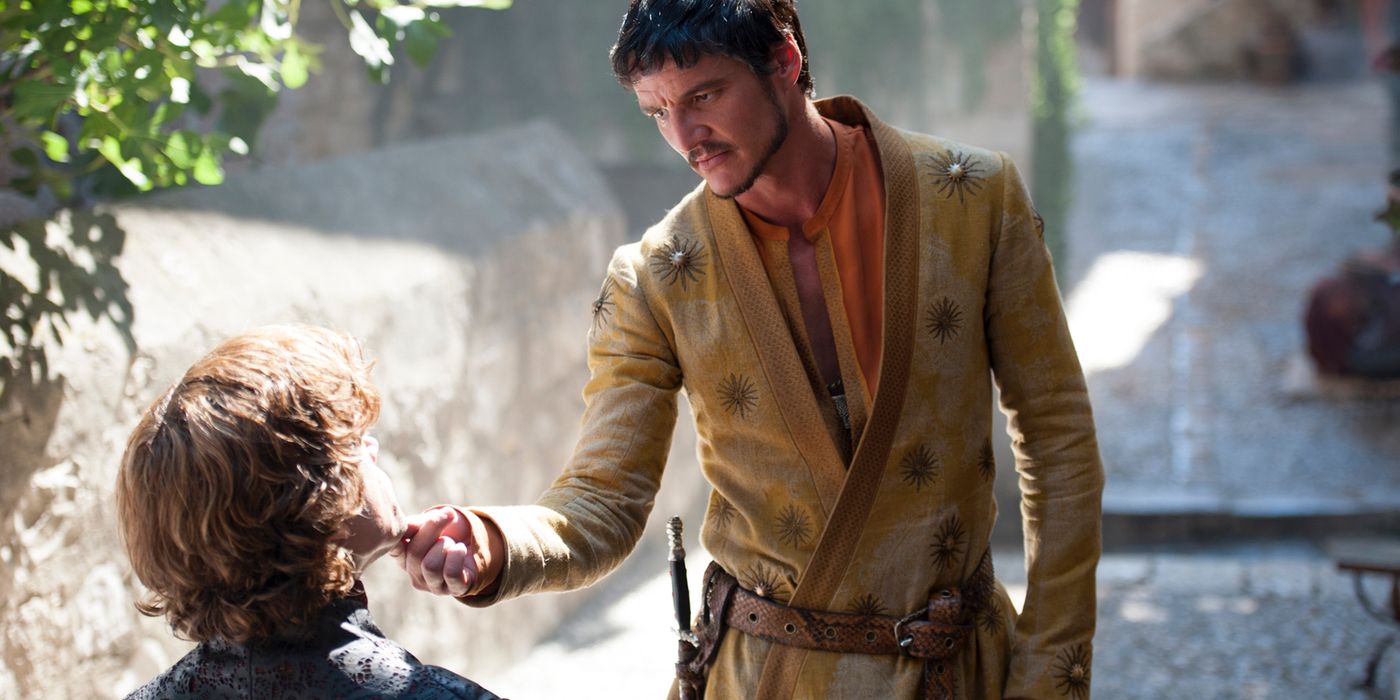 Oberyn was notably killed two episodes prior during the trial by combat with Ser Gregor Clegane. His head was crushed in but not before he got a few slashes in on the Mountain. It was later revealed Oberyn had coated his spear in poisonous venom which left the Mountain in a catatonic and decaying state. Oberyn was a known master when it came to poisons. In a previous encounter with Tywin, the pair discussed Oberyn’s time spent studying poisons at the Citadel.

In the A Song of Ice and Fire book series, Grand Master Pycelle shared his knowledge of Widow’s Blood, a poison that “shuts down a man’s bladder and bowels, until he drowns in his own poisons.” Prior to Oberyn’s death and Tyrion’s murderous attempt on his father, the man from House Martell had a few run-ins with Tywin. At one point, Oberyn broke bread with Mace Tyrell and Tywin Lannister which was where he could have found the opportunity to administer the poison to his target. This could explain why Oberyn told Tyrion, “your father may not live forever.”

Oberyn surely had enough motivation to kill Tywin. He was very close with his sister, Elia, and blamed her death on Tywin, believing the Lannister ordered her murder. There was obvious tension between the men leading up to the trial by combat. While in the ring, Oberyn tried to force the Mountain into admitting to Elia’s rape and murder. He also demanded to know who orchestrated it while he purposely accused Tywin as if he wanted some kind of closure before the man’s impending death.

Related: Game Of Thrones: What The White Walkers Want In The Books

Unfortunately for Oberyn, he didn’t live long enough to witness Tywin’s death. In the Game of Thrones book series, Tywin’s body started to turn green and decay as if the poison ran its course. It’s very possible Tyrion did his father a favor by giving him a quick death.

Next: Game Of Thrones Theory: There Was A Dragon Under Winterfell