Georgia Man Lost 100 Lbs. to Become a Police Officer and Provide For His Son: ‘Find Your Why’ 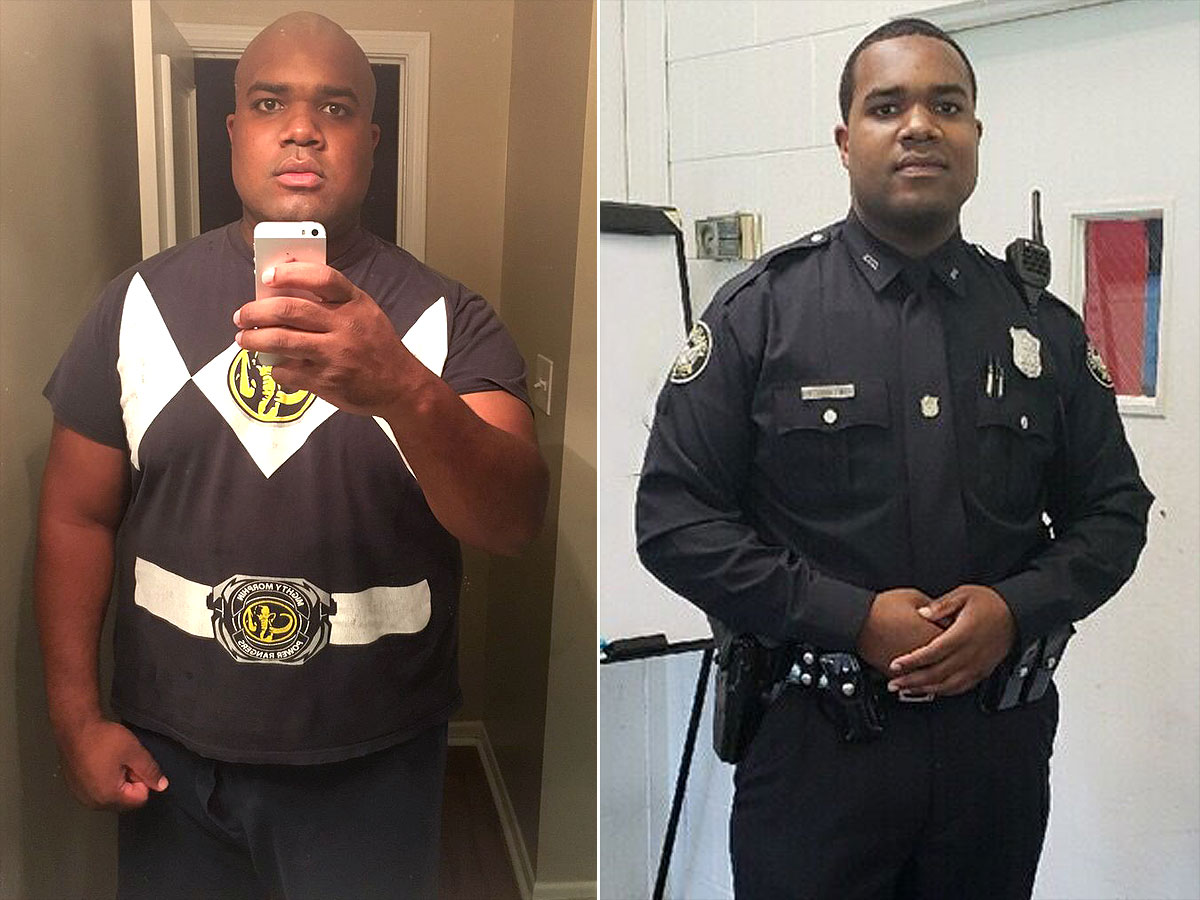 One Georgia man is sharing his inspirational story of dedication and weight loss after he vowed to become a police officer to take care of his son.

Officer James Cornelius of the Atlanta Police Department originally weighed 337 and he “couldn’t really run down the street” when he first began training to become an officer, he told CBS 46.

“I needed a job to take care of my son and I wanted to become an APD officer,” he said.

Cornelius was hired by the police department in August 2017 but he immediately knew he had to make a change when he failed his first physical training test for the police academy.

When he began to make changes in his daily lifestyle, he said it was challenging to get into the rhythm of getting into fitness.

“At first it was more of a walk, walk, walk and then it turned into a steady run,” he told the outlet of his first serious foray into exercising.

By December, Cornelius said he had made incredible progress and shaved off about 10 minutes from his running time.

“My very first PT test I ran like 22 minutes on my mile and a half and my final one I ran 12 flat, so I shaved almost 10 minutes in a year,” he told the outlet.

APD PROUD: Officer James Cornelius is our #MondayMotivation! He lost 100 pounds while working to become a police officer in the APD Training Academy. Officer Cornelius was recently sworn in and works in Zone 4 (Southwest Atlanta). #BeforeandAfter #WeightLoss #GrindNowShineLater pic.twitter.com/pfvAnn3U9t

His hard work paid off. In June, Cornelius was sworn in as a police officer and passed his physical training exams. He’s set to graduate from the police academy once he finishes his field training in September, CBS 46 reported.

Cornelius’ advice to anyone seeking motivation is simple: “Find your why, stick with it and grind it out.”

The Atlanta Police Department shared before and after photographs of Cornelius on Twitter.

“APD PROUD: Officer James Cornelius is our #MondayMotivation! He lost 100 pounds while working to become a police officer in the APD Training Academy,” they wrote in the tweet. “Officer Cornelius was recently sworn in and works in Zone 4 (Southwest Atlanta). #BeforeandAfter #WeightLoss #GrindNowShineLater.”