How 4 Leaders Keep Their Eyes on the Prize 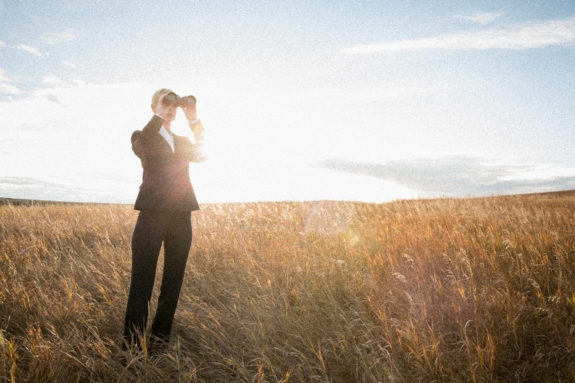 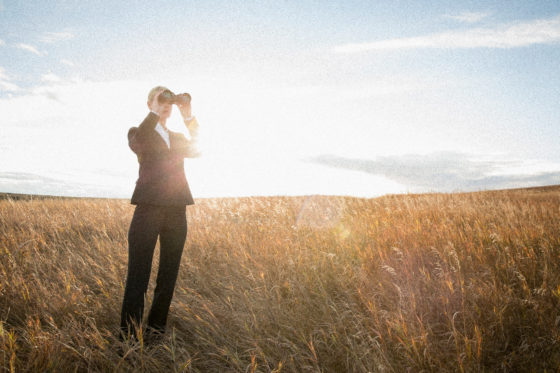 Goal visibility is one of the key but often overlooked components of goal achievement. So as 2018 draws to a close, I asked four business leaders how they keep their goals in front of them once they’ve been set. They all had different ways of doing it, yet they all make the effort.

Maybe one of these strategies will work for you. If so, then you’re likely to be reflecting on a number of personal and professional victories come next December.

“Even for the most self-motivated individuals, accountability pushes us to be better,” says Kristi Porter, nonprofit consultant and founder of Signify. “When we know someone is going to ask us about our goals and we have to report our progress, we want to know we’ve done the best we can.”

Porter is a member of a mastermind group in which everyone states their goal for the next two weeks at the end of each meeting, with plans to update the group at the next session. While Porter acknowledges that her individual progress doesn’t hinge upon the progress of her peers, sharing with them forces her to keep her own goals front-and-center.

“I don’t want to be the only one to show up not having done anything to accomplish what I stated,” Porter adds. “If I continually let my efforts slide, it hurts my business and doesn’t show that I value [the mastermind group’s] time and energy in being present. It’s like a healthy form of peer pressure.”

Keeping everyone at work aligned on the same goals is just as important as keeping those goals top-of-mind. Horst Schulze, co-founder and former president of the Ritz-Carlton Hotel Company and founder of the Capella Hotel Group, knows this first-hand.

Throughout his career, Schulze has focused on refining the customer service experience in hotels and resorts — a goal that cannot be accomplished without the buy-in of the managers, housekeepers, chefs, and other employees who have daily access to guests.

“Service always implies caring,” Schulze says. “If we settle for lesser goals — meeting the budget, for example, or safeguarding jobs in a tough economy — we will miss the most important work. It is excellence in service that secures our future.”

To this end, Schulze outlines his customer service goals with a list of 24 Service Standards that is given to all staffers. At the beginning of every shift, each team has a 10-minute standup meeting, during which the team leader discusses one of the standards and how it applies to a current guest challenge. “Keeping these goals and guidelines front-and-center is invaluable to each member and each level of our teams,” Schulze says.

Knowing that everyone is on the same page also gives Schulze the confidence to empower each team member to achieve the goal of excellence in customer service. Any staffer can spend up to $2,000 to solve a guest problem or issue.

Being aware of goals and what it will take to accomplish them is one thing. But Jameson Sharp, owner of BlackBeard’s Media in Kansas City, Missouri, knows that if goals and goal-related tasks aren’t scheduled — just like workout sessions or client meetings — they’re not likely to be completed.

“In 2016 I had just started building out and accepting new referrals for advertising and video marketing projects,” Sharp says. “I was absolutely swamped running two companies and managing 15 client accounts, and as I continued, a major problem revealed itself. Although I was focused on day-to-day operations and maintaining the momentum, I began to notice no growth and was forgetting to keep my first business on course. So one day I questioned myself: Why was this happening?”

The problem, Sharp discovered, was that he wasn’t following his schedule, a schedule that includes a daily rundown of goal to-dos.

“I write down my goals in the margins of my daily schedule the night before,” Sharp explains. “If I don’t keep referring back to my daily schedule and see the goals and tasks throughout the day, those smaller goals become less important, and will be pushed aside to a later time. The consequences of not referring back to your schedule and goals leaves you vulnerable to procrastination and, ultimately, to goal failures.”

If that which is out of sight is also out of mind, it makes sense that goals should be readily visible at all times. So Brianna Rooney, founder and CEO of Techees, writes her goals on post-it notes and sticks them to the side of her computer. She starts with 25 goals and narrows the list down to her top five before placing it in constant view. She encourages her team members to do the same.

“We work in front of our computers all day long so that’s where we put [the post-it note],” Rooney says. “I find that having it at work motivates you to do better work. Eight hours a day it stares at you, and I look at it every day, at least 20 times a day. It’s extremely motivating for me.”

The motivation has paid off. In addition to achieving a number of professional goals (she is a recruiter for software engineers), Rooney has reached some personal milestones as well.

“This year I finally bought property out of the country,” she says. “I talked my husband into taking the leap to take our two little kids to Mexico. We stayed there for 80 days in the summer, and I got the itch to buy. The last week we were there we ended up seeing some properties. We got home; I put my post-it back on my computer; and I kept staring at it. Within a day or two I got in touch with the realtor and made an offer. Within a couple weeks we were signing paperwork to move forward.”