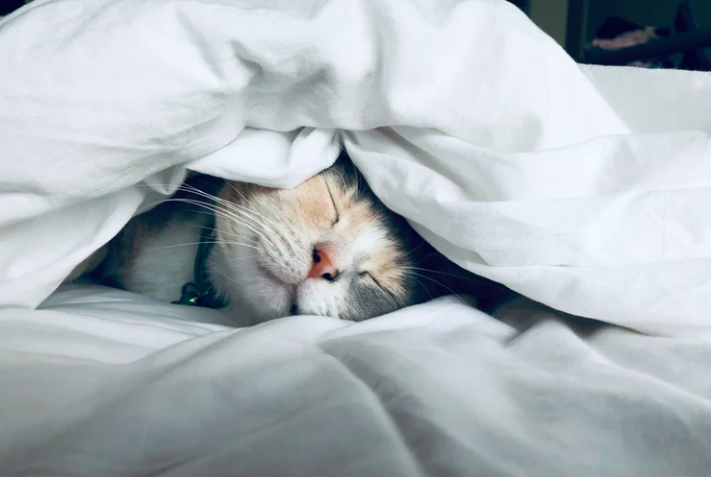 You’re reading How Does Sleeping Well Impact Brain Detoxification?, originally posted on Pick the Brain | Motivation and Self Improvement. If you’re enjoying this, please visit our site for more inspirational articles.

Have you been sleeping well lately? We all
know that getting enough sleep is an important part of living a healthy and
engaged life. Of course, getting a good night’s sleep keeps you sharp during
the day, and recent science has also shown how important it is in learning and
memory. Sleep is not only good for helping you pay attention in class or
remembering what you did yesterday though, it also helps keep your brain neat
and tidy after a hard days work. Recent research has shown that sleep triggers
the brain to clear out the toxins that build up while you’re awake.

In other parts of your body, waste management
is the responsibility of a network of vessels known as the lymphatic system.
This system picks up and flushes out toxic molecules and other waste products
that build up in your body as you use energy. Strangely though, the brain does
not contain any of these vessels. This has perplexed scientists for years,
especially because the brain uses more energy than any other organ in the body.
How could the brain clear out waste if it does not have access to lymphatic
vessels?

It wasn’t until recently that a group of
scientists began understanding the brain’s strategy for flushing out toxins.
Researchers at the University of Copenhagen and the University of Rochester
used an injectable dye and a specialized type of microscope to trace how fluid
moves through the brain of a living mouse. They found that cerebrospinal fluid
(CSF), the clear fluid in which the brain sits, enters the brain in the small
spaces that surround blood-bringing arteries. This space is bound by a special
type of brain cell called astroglia. These cells completely ensheath the blood
vessels in the brain and have proteins, known as aquaporins, that allow CSF to
move through brain tissue. As the fluid flows, it picks up toxic misfolded
proteins and other metabolic waste that accumulate throughout the day. Finally,
the fluid takes these toxins and flushes them out of the brain tissue and into
outgoing blood vessels. Because these “glial” cells play such an important
role, scientists have called this process the Glymphatic System (with the “G”
standing for glial) (1).

What’s even more interesting though, is that
this neural plumbing system isn’t always turned on. These same researchers
performed a follow-up study published in Science and showed that the Glymphatic
System “opens up” during sleep. They showed that while the mice were awake, the
tracing dye barely flowed through the brain at all. However, when the mice were
asleep or under anaesthesia, the dye moved rapidly through the brain tissue,
suggesting that sleep allowed the flow of CSF through the brain to increase.
The researchers even tested this directly by putting electrodes in the brain to
measure the space between brain cells (3) while the mice were awake or asleep.
They found that sleep caused the space to increase by 60%, allowing for
increased volume and faster flow of CSF. The authors suggest that 40-80% of
toxins are removed from brain tissue through this sleep-mediated toxin cleaning
process.

Removing these toxins from the brain is
critical. Many previous studies have shown that misfolded proteins can pile up
in this space. Accumulation of some of these proteins is thought to lead to the
development of neurodegeneration (2). The importance of sleep in clearing out
these toxins is supported by studies that link lack of sleep with
neurodegenerative diseases like Alzheimer’s (4). One study from the University
of California San Francisco showed that people who suffered from disordered sleeping
due to problems with breathing were significantly more likely to develop mild
cognitive impairment or dementia than people with healthy sleep (5)

Researchers at the Washington University
School of Medicine in St. Louis went a step further by measuring the
concentration of amyloid-beta, a protein associated with Alzheimer’s Disease,
in the CSF of sleep-deprived people. The researchers tested 8 healthy people
between the ages of 30-60 who did not suffer from any sleep disorders. The
participants were organized into three conditions. The participants in the
first condition were allowed to have a normal night of sleep, while those in
the second condition were sleep-deprived. The third condition consisted of
participants having a night of drug-induced sleep. For each condition, CSF
samples were taken every two hours to keep track of any changes in amyloid-beta
concentration. The researchers found that the concentration of amyloid-beta was
25-50% higher in participants who were in the sleep deprivation group. They
also did not see any differences in amyloid-beta between the participants who
had a normal night of sleep versus those who had a drug-induced night of sleep
(6). These results suggest that chronic sleep deprivation would likely result
in consistently high levels of amyloid-beta, as lack of sleep prevents the
cleaning crew from coming in at night to clear it out. This could increase the
risk of forming clumps of amyloid-beta (known as plaques), which are a hallmark
of Alzheimer’s disease.

Getting enough sleep is as important to your
health as exercising and eating well. It’s important not only for maintaining
high cognitive function day-to-day but also for flushing out toxins that build
up over a lifetime of thinking. So tonight, consider going to bed a bit earlier
than usual, your Glymphatic System will be happy to get started.

Rebecca Williams grew up in England, where she studied medicine at Cambridge University, including obtaining degrees in Bachelor of Surgery and Experimental Psychology.

Having worked in General Practice and Community Paediatrics in London, she then relocated to Johannesburg, South Africa.

Rebecca has a passion for holistic community healthcare. She has helped to develop a community health training programme which she has taught in Mozambique, Zambia, Uganda and Nepal.

She is currently studying for a master’s degree in Disaster Management, her research interest being mechanisms for developing psychological resilience in first responders.

Before working with Brain Reference, Rebecca had previously published research in the field of complementary and alternative medicine which can be viewed on researchgate:

Aside from her dedication to community health management and ongoing education to help first responders in medical crisis, Rebecca also enjoys playing the clarinet in the Rand Symphony Orchestra.

You’ve read How Does Sleeping Well Impact Brain Detoxification?, originally posted on Pick the Brain | Motivation and Self Improvement. If you’ve enjoyed this, please visit our site for more inspirational articles.