How you can benefit from building a talent community 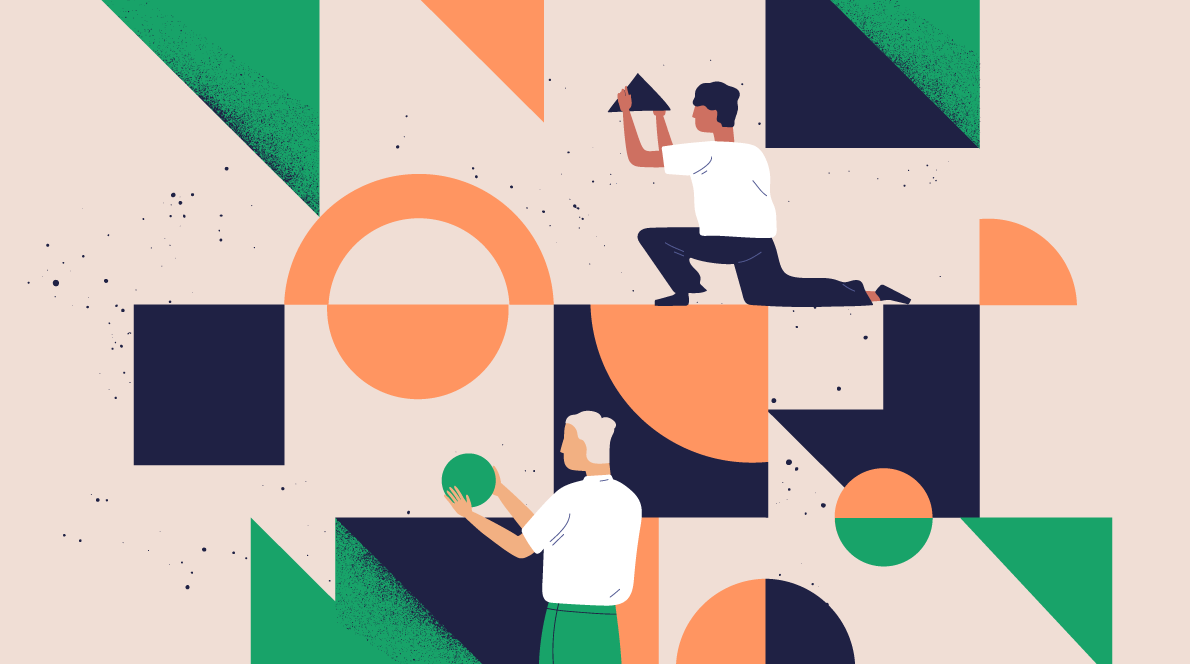 Matt Buckland has a long career in recruitment, and according to him, it shows.

“I started in recruitment in about the year 2000,” the veteran talent acquisition thought leader grins during a short interview at Workable’s headquarters in downtown Boston in late June. “Gosh, that makes me very old.”

And a lot has changed since then, from the days where recruiters kept their cards close to now, when they actually work together and share intel throughout their talent community. When Matt started, in England, he was in a third-party agency where it didn’t take long to figure out that recruiters didn’t work together much at all, even within the same office.

“It was very much ‘your work was your work’,” he explains, the motivation behind it being that recruitment was very commission-based. “What it led to was a culture of noncooperation, basically. People would keep candidates because the candidate was the currency of that role. So you’d keep them for yourself, even if they’re better suited for someone else’s job.”

That’s how it starts for recruiters in the UK, he says. This sort of culture is embedded in the recruiter psyche even as they move on to in-house recruitment positions at larger companies. Keeping the cards close to yourself meant competing not only with the open market for candidates, but also competing with other recruiters in other companies for the same talent.

There’s still that mindset, and some of it’s a bit macho. Some of it I think stems from this, if you’re not one ahead, you must be one behind kind of thing.

Competition can be healthy and all – but, Matt warns, when it comes to the point where you’re doing work just to one-up your fellow recruiters in the industry and to the detriment of the candidate themselves, then that needs fixing.

That sort of recruiter culture, Matt says, is horrifically outdated. What happens then is that you’re no longer in keeping with the nature of talent and the way things work.

“It doesn’t fulfil either [the candidate or the recruiter] better – it’s not good for the company.”

Matt’s quick to remind recruiters that in the end it’s not about them – it’s about the candidate.

The job seeker doesn’t care who you are. You’re a necessary gatekeeper for him or her.

The extra challenges that come with what Matt referred to tongue-in-cheek as ‘candidate ownership’ is GDPR and other privacy laws. “It’s the old-school mindset – you must have a large database of candidates to call on. And all of these things are slowly disappearing. Now you can’t maintain a large database – you must delete them all after so much time unless you re-consent them and all that sort of stuff and that’s a headache. It’s much easier just to go out and get new people, I think.”

In the end, keeping candidates to yourself is just spinning the wheels and missing opportunities. That was the light bulb for Matt, who knew there needed to be a different and better way to do things. What if people put their heads together into a mutually supportive rather than exclusive mindset? Why not build a talent community of recruiters working together and sharing resources?

All for one, one for all

Around 2014, Matt notes, he saw the beginning seeds of a talent community starting to germinate. There were more events happening in London where recruiters would gather and share problems and challenges – and potential leads on candidates – with one another.

“You start to discuss things, and it’s like, ‘Oh, I’ve got someone for that role, I’ll send them to you.’”

The result meant a recruiters’ club where the mentality was that we can be stronger together, Matt explains.

“What recruiters are great at is that there is this quid pro quo all the time of going back and forth with each other. It’s not like; ‘You owe me one now’, but rather it’s ‘Can you help me do this?’”

But what if there’s a limited talent pool, say, when you’re recruiting for a developer role in Boston, San Francisco or London – and you can’t afford to share your potential talent pool with another recruiter in a tightly competitive space?

That’s fine, says Matt. On the surface, you may be looking for the same talent, but ultimately, no two jobs are equal in recruitment.

“So, you should talk to each other anyway.”

What’s more, when you’ve filled a role, what becomes of the other candidates who didn’t get your job? If you hang on to them as seen in old-school circles, then you’re wasting prized talent that could be an incredible fit for another company. And guess what – that works the other way as well.

So, there’s no point in holding on to that candidate. You might as well say to someone, ‘Here, I see you’re looking for that too.’

Ultimately, in the quid pro quo sense, it’ll come full circle and you’ll have candidates being referred to you. When you’re part of a strong recruitment community where you’re connected with many other recruiters in your own industry, you can benefit so much more from collaborating with them – even if others are working for the competition.

The benefits don’t stop at teaming up with your peers. The candidate also benefits because they’ve got a job. The other candidates who didn’t get your job, are being referred to other jobs in other companies. That adds up to a better candidate experience, which can always be a good thing.

For instance, Matt notes, if you’re XYZ company, and you’ve referred candidates to a different company because the job you’re hiring for has already been filled, those candidates will be more likely to come back to your careers page later and try again because you’ve built up a reputation among candidates as being thoughtful and going beyond the call of duty for them.

What’s more, Matt adds, the roles are changing from just recruiter to people function. Now recruiters are asking each other for examples of policies or sharing anecdotes and advice on how to best do their jobs. After all, why keep reinventing the wheel when you can tap into your talent community for the expertise and resources that are already there?

The benefits of a talent community

Even he took part in the action, being part of the launch of Dragon, Beers, and Recruitment – or DBR for short – one of many talent community examples sprouting up worldwide. It’s a group that doubles as a kind of ‘secret club’ for recruiters who recognize the DBR logo on T-shirts at events for instance.

That’s when they moved to Slack, which was just coming into fruition at the time. “We found pretty soon that it could be subdivided into different channels and all this other stuff,” Matt says. “So what you ended up with was this catalog of other recruiters either being angry about the same things you were angry about, or providing help in any way they could.”

And now, adds Matt, there are in-person meetups in addition to online talent communities in different locations ranging from Boston to Scotland, Manchester, even Berlin and Barcelona – he proudly shared an anecdote from a recent conference in Barcelona where a speaker polled the audience to find out who was a member of DBR; a minimum of five people put their hands up and connected after the conference. A nice surprise, considering the majority of DBR energy had been happening in the UK – indicating a powerful, far-reaching support network that can benefit anyone who is part of it.

Matt acknowledged how recruiters from all areas were attracted to the idea of working as a group.

They all have that shared kind of mindset of ‘You don’t have to be an island; you don’t have to be on your own.’ You can actually help other people and it doesn’t matter. It’s not detrimental to your company or your employer to help another recruiter.

He refers to a book called Steal Like An Artist by Austin Kleon. “[Kleon] talks about reinvention and this kind of stuff. And I thought, there’s a great allegory to HR in this where there’s the law, and then there’s how a company wants to interpret the law to make it a policy for them. And it makes much more sense to borrow an existing policy from another company and to have that interpretation done for you.”

After all, Matt says, “these things have already been done hundreds of times.” So why not help each other out with all this stuff in the same spirit that a rising tide lifts all ships? That’s where creating a talent community for the purposes of shared information can be invaluable.

But aren’t they just copying each other’s work in the end? No, says Matt. As is the case for job opportunities and candidates to fit them, no two policies or modes of operation are alike. They differ from job to job and company to company. It’s more about having a template to work with that you can customize to your liking. “No one cuts and pastes. They all want to interpret. So you end up with something better.”

The community doesn’t just share resources. They also have Q&A forums and different channels dedicated to the many different pain points and challenges in recruitment and HR. For example, Matt reads off examples of real questions he sees in his Slack thread on his laptop:

“Does anyone work in a fully remote environment? Because I have questions around working remotely.”
“I need to build an academy for services internally. What sort of things do I need to consider?”
“Are there any good platforms for recruiting sales professionals?”

And with a strong, vibrant team of recruiting professionals in DBR or any other recruitment community, you’ll get a solid, helpful answer – or more likely, several solid, good answers – for all three very quickly. And that’ll help you get better at your job in the end.

Matt wraps up by saying: “In the past, you’re sat at a desk on your own. But now, suddenly, you’re in a team of 3,000 recruiters from all over the world.”

The post How you can benefit from building a talent community appeared first on Recruiting Resources: How to Recruit and Hire Better.