‘I Vote Because’: Americans Are Sharing Stories of How Their Ancestors Overcame Discrimination in Order to Vote 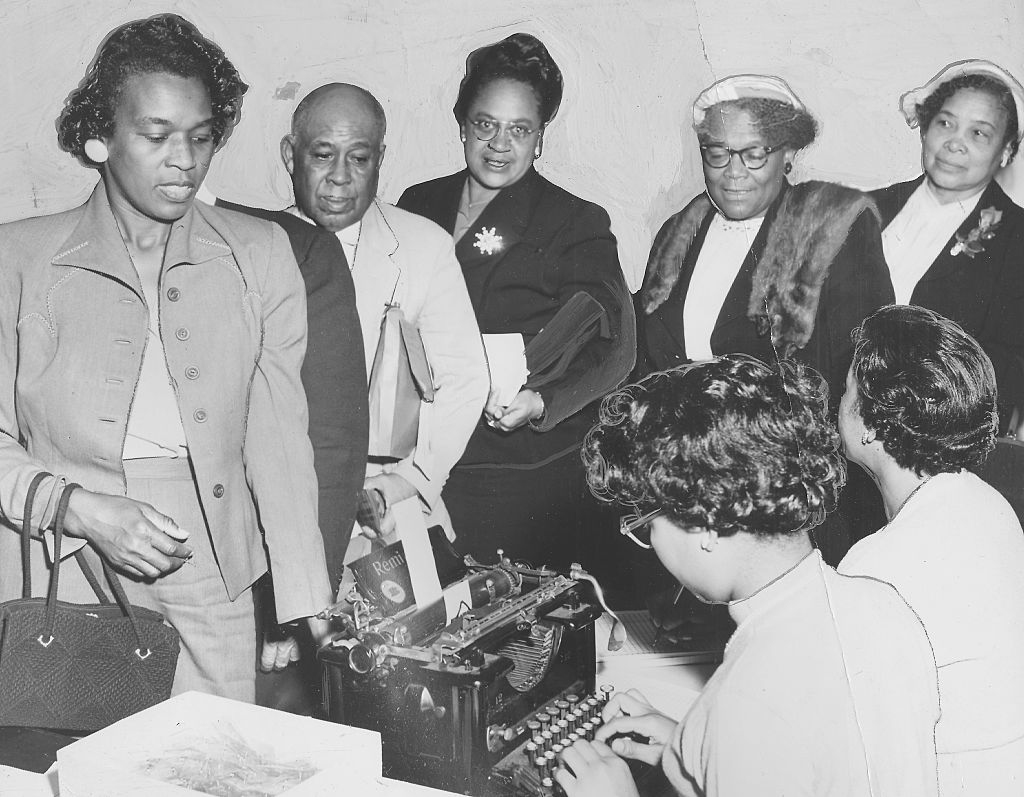 On Election Day, Americans are always reminded of the power of casting a vote. But, as many social-media users have been reminding their followers, some Americans have historically had a harder time than others when it comes to exercising that power.

On Tuesday and the days leading up to it, people have been sharing stories of family members and historical figures who, because of their race, faced and overcame obstacles to vote. The stories in these posts vary, but share a message of inspiration: the idea that voting in 2020 is a way to honor the men and women who did not have that right or could not exercise it due to violence, intimidation, poll taxes and literacy tests.

To keep Black voters from the polls after the franchise was extended in the wake of the Civil War, some states, particularly in the South, passed laws requiring a fee to vote or requiring them to pass literacy tests, some of which featured impossible questions like “How many grains of sand are on a beach?” and “How many bubbles are in a bar of soap?” While these laws did not explicitly mention race, county registrars often applied them unequally, circumventing the law and effectively disenfranchising Black voters. For Black women, who fought for suffrage only to be left behind when the 19th Amendment granted women the vote in 1920, the struggle was doubly painful—and, in many of the cases highlighted on social media, the motivation was doubly powerful.

On Oct. 22, FOX Sports host Coley Harvey shared a story on Instagram about how his grandmother had to quote the Constitution to register to vote in Crawford County, Ga., in 1947—which she did, and was registered.

Jewel Burks Solomon, head of Google for Startups in the U.S., tweeted that her 94-year-old grandmother told her that she had been voting since she was 21, despite having to pay poll taxes and take literacy tests.

Last night I asked my 94 year old grandmother if she’d voted. She said since age 21 she has never missed an opportunity to vote. She reminded me that for her first several elections she had to pay poll taxes and take literacy tests in order to vote, but was never deterred. #vote

Deborah E. McDowell, Director of the Carter G. Woodson Institute at the University of Virginia and a professor of English, was also inspired by her grandmother Viola Gee Williams, who hosted voter meetings in Alabama.

I vote because I still remember that my parents & grandparents, aunts & uncles, cousins & neighbors had to pay a poll tax in order to vote in AL, my home state. I vote in honor of my grandmother, Viola Gee Williams, who hosted meetings of the Bessemer Voters League in her home. https://t.co/dTWfvY1XpS

Latinx historian Lori Flores displayed her grandfather and aunt’s poll tax receipts on her Day of the Dead alter, and shared it on Twitter on Nov. 1 to inspire people to vote on Election Day.

I thought my paternal grandfather and aunt’s poll tax receipts were appropriate to put on my #diadelosmuertos altar this year. #Tejanovote #Latinovote pic.twitter.com/e7gK5mlRs8

And voting-rights historian Martha S. Jones shared that her own grandmother Susie Jones helped Black voters in Greensboro, N.C., register to vote with her classmates and teachers at Bennett College during “Operation Door Knock” in 1960, the same year of the famous lunch counter sit-in that galvanized the civil rights movement.

Get your history fix in one place: sign up for the weekly TIME History newsletter

Jones also shared a circa 1890 list of “colored voters” registered in Greensboro, N.C., circulated so that white Democrats could challenge their right to vote.

I vote because ca. 1890 white Democrats in Greensboro, NC, conspired to drive my great grandfather Dallas Jones and all Black men there away from the polls. pic.twitter.com/ejb122TsVC

Jones, author of Vanguard: How Black Women Broke Barriers, Won the Vote, and Insisted on Equality for All, was reminded of the chilling document after watching the footage of police officers pepper-spraying protesters marching to a polling place in Graham, N.C.—now the subject of a federal lawsuit, filed Tuesday, alleging voter intimidation by the city’s police chief and the Alamance County Sheriff. (Police and the sheriff’s office have said they did not aim pepper spray at the protesters and that the crowd was told to disperse before the spray was used.)

And, in tribute to the women who paved the way for all these grandmothers hat-tipped on Twitter, Jones also shared stories of figures from Mary McLeod Bethune—a future FDR Administration official who voted in the 1920s even after the KKK showed up at the Daytona Beach, Fla., school where she taught to try to deter her—to Joe Ella Moore, who was turned away from the Mississippi voter rolls seven times before she successfully registered to vote at a Prentiss, Miss., motel in August 1965, days after the Voting Rights Act was signed into law.

Read more: ‘It’s a Struggle They Will Wage Alone.’ How Black Women Won the Right to Vote

Jones says she hopes these images will help give people the courage to go out and vote during a pandemic, and to remind people “why their votes count and why it’s essential to turn out.”

At a time of national conversation about where the U.S. goes from here, she wants to remind people that voting is an essential step in continuing the long march their ancestors started.

As an expert in the history of Black women securing the vote—a decades-long battle that has often been overlooked—she gets a lot of questions about how to persist through difficult times, she says. And to her, there’s nothing like these stories to help show the way.

“The answer for me is in part the history, is that reminder that in the face of unspeakable odds, there were Black women who persisted,” she says. “They bequeathed to us their inspiration, but I think they also bequeathed to us a kind of responsibility to pay it forward. What we’re doing is not only about us, about this moment. It’s about a long tradition, and it’s also about creating the possibilities for the future, for our children and grandchildren.”