I’m having the hardest time with myself. 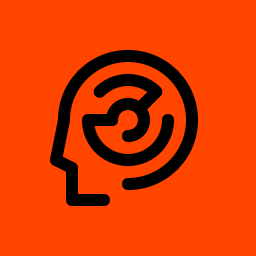 Hi, I'm not sure how to start this post because this is my first time actually posting to reddit. But I kind of just want to vent without bombarding my friends with my issues cuz they can't really help me. Also currently seeking professional help is very difficult right now because of Covid and it seems like mental health professionals in my area are closing their practice or trying to avoid taking poor people insurance lol. But I did manage to finally score a Psychiatrist so lets hope he's good unlike the person I saw last month who was a total disaster during our first appointment @ – @.

Anyways I'm just gonna go into it. I'm 25 years old, closeted afab queer person. Life for me has kind of gone further down hill the moment I graduate high school. I kind of thought I would finally be able to improve my life. For some context, I grew up poor with parents that aren't the greatest. Like my mother is pretty irresponsible and shouldn't have had kids. While my dad, a lil more responsible then her, is toxic and kind of crazy. I did my best in high school and actually managed to graduate with honors, and got enrolled in my top choice school. Nothing like Harvard or anything, just the state university that has a very good reputation. I didn't really have much guidance, and I'm kind of person who wont ask for help. Not to mention I'm reluctant to accept others help because I was already having doubts that I will be able to pay them back or be a functional human. Which I was pretty right on the money about myself I'll learn later on.

First semester of college was a total disaster. I couldn't keep up, despite the major I wanted to be in was art. I failed to make a portfolio for the degree program, because creating stuff was becoming extremely difficult due to self-esteem issues, depression and anxiety. I ended up having to medically withdraw for the year and admitted myself into a psyche ward for a week. My parents don't believe in mental disorders much, so a online friend from another state took me because I couldn't take myself. I struggle with being independent, which is weird because as a kid I was pretty independent until middle school. After I got out, diagnosed with Major Depression & Social Anxiety, I applied for school the next year and tried to take another shot at it. I did manage to pass some classes the first semester, but dropped most of them due to stress. The next semester I just couldn't and had another mental breakdown. Didn't admit myself into the psyche ward, cuz i kind of hated my first visit. I also stopped my out paient visits because the clinic was just to disorganize. Alot of doctor changes, and after the last change of staff who just weren't a good fit I just stopped going. Plus the medication wasn't helping at all so I ended up stopping that too. I know thats bad, but like it really was making it all worse on me. I stopped going to class, but couldn't drop out because I didn't have a good excuse without it affecting my finacial aid. I ended up with a debt collection on my dorm because i failed the few classes I was still enrolled in. Plus had no one to help me move my stuff out mid semester either. So I just tried to recover the rest of the second semester.

I tried working a bit. I did have a job in my 2nd semester but had to quit because of the distanct and most of my paycheck went to lyft rides cuz the public transportation was 1 1/2 hour and the stress of commuting to work like that was just to much for me. So I got a second job that was thankfully close by, but still expensive. I also changed schools to a community college that was kinda nearby but not near enough. I switched majors to computer science which is why i went to that college instead of the local one in my area (Local one kind of has a bad reputation too so I was even more reluctant to go.) Quickly learned I can't balance both working and school. The job was stressful too cuz it was cashier work, and having social anxiety it was the worst place to be. But it offered training which is why i took it. I quit the job, but i did manage to pass both semesters, but i had to drop a lot of classes too.

Comp sci was stressful because stupid me for thinking college was for learning. Apparently I should of already known how to do programming before i enrolled because it sucked and teachers were not helpful to people who were beginners despite the classes being for beginners?? I wasn't able to get psychiatric care either cuz my insurance just decided out of no where that they did not want to cover psychatric care so I was really in a bad way. I was having suicidal ideation constantly but my instinct for self preservation is strong so I could never go through with it. Eventually I did get a bit of a break thanks to online friend who let me live with them for a while. I don't want to get into to much detail of that cuz it was pretty 50/50. But to sum it up, I don't think I'll try poly relationships for a long time because people can't communicate or be upfront about what they want and I'm not a mind reader. Tbh I'm pretty much in a no relationship mindset right now because my trust for others is very small now. However the small break did lead me to understand some new things about myself and improve some of my self-esteem. For starters I got diagnosed with inattentive adhd, and the medication for that did help with some of my issues. But I'm starting to suspect I might either be or might also be on the autistic spectrum. I've managed to get a psychatric appointment to evaluate that coming up so hopefully I can find out. There is just a lot about autism that clicks with me. So hopefully thats the case cuz then I can better understand how to handle myself. Learning about my adhd helped a lot, so if im autistic it might help too.

But If it isn't I just worry about how im ever gonna change. Because through these years of adulthood I've gotten worse and worse. The aspect of working again causes me to panic and get into deep depression because I just dont want to be around people anymore. And it seems there is no way to escape having to deal with other humans no matter the field. Even working from home, you still have to interact with people. Starting a business of any kind you still have to learn to network on top of creating product or a service.

I am trying to grow an art business. But the past couple of years has made my relationship with drawing very difficult. Motivation to draw is non existent. I have learned to be more forgiving of myself and nice to myself. But I've gotten to a point where I no longer can keep being nice to myself, especially now that I've drained my savings. I'm trying to try writing, but I'm unsure how well it will go. Writing is still hard for me, but not like drawing. I've attempted to make visual novels and managed to finish the writing portion, but its the art part that causes the project to die. But I also write fanfics/original fics too and I've never been able finish a project in all my life.

I just don't know what to do with myself. I'm reluctant to try for disability of any kind because I did try a long time ago prior to my health getting worse. But I was denied and the evaluator did not make me feel comfortable and just feel dismissive of me before I even sat down. I just doubt anyone will take mental health issues as valid reason to need disability. Plus I doubt it will help my situation from the stories I've heard about disability in the years.

I'm just stuck and unsure what to do with myself. I'm starting to hate myself again because I can't become the person I wanted to be. Its hard to feel nice to myself when I've failed to reach any of the milestone or goals I set out for myself. I wont kill myself, cuz again self preservation instincts are very strong in me. I am trying college again, this time the local one in my town that is free now thanks to the governor of the state. I'm only going for a certificate because a two or four year degree is impossible for me right now. I'm doing okay so far, mostly because most of my classes are online. But one is in person and so far I've skipped 3 classes despite the year just beginning. My anxiety is so high I can't leave my house on my own, and can only do so if i take a lyft ride. But public transport is to hard to initiate unless im already at the location.

I feel like a burden on everyone around me, including myself. I just don't know what to do or if I'll ever get better. I'm hoping I can improve come the autism assessment, but i worry it wont help.

Anyways thanks for reading if you did, and sorry for all the spelling/grammar errors. I just took medication for a cold and feel myself falling asleep so I don't feel motivated to fix it.