In Remarks For Charlottesville Anniversary, Trump Still Plays To Both Sides 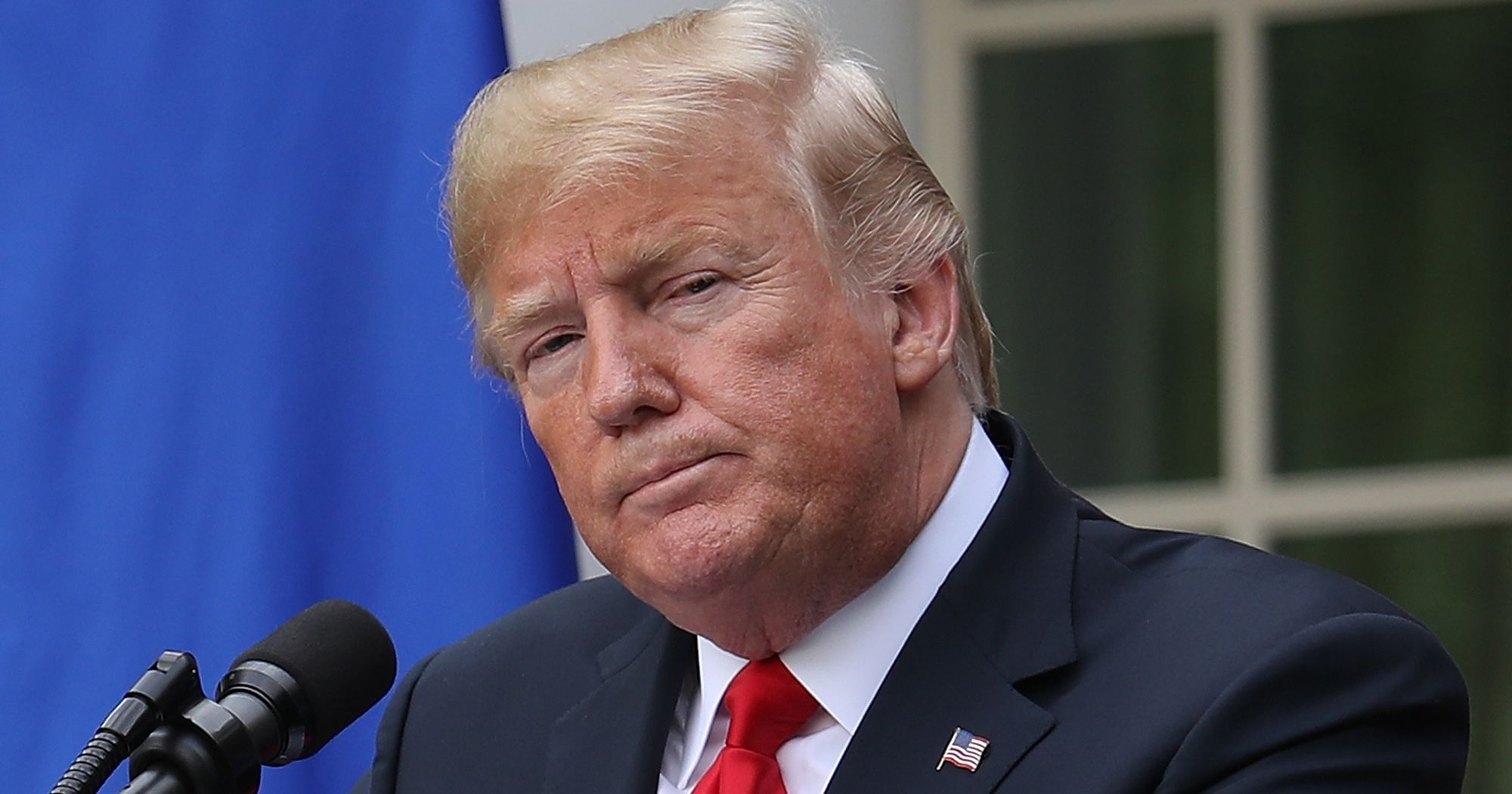 Marking the anniversary of the deadly Charlottesville, VA riots in 2017, today a ramped-up police presence placed over 700 officers on the city streets while the city is under a state of emergency as it watches vigilantly to see if white supremacists attempt to march again.

President Donald Trump addressed the anniversary of the Charlottesville riots and, echoing his comments last year, his vague language doesn’t specifically condemn the white supremacist factions behind the Unite the Right rally.

Trump tweeted early Saturday morning: “The riots in Charlottesville a year ago resulted in senseless death and division. We must come together as a nation. I condemn all types of racism and acts of violence. Peace to ALL Americans!”

At first glance, the comments look like a step forward for the president, who was criticized by both sides of the political aisle for not clearly condemning the racist ideologies fueling the violent rally.

But three little words in between “I condemn” and “racism” leave the door open for ambiguous interpretation. “All types of racism” lends itself to the rhetoric used by white supremacist organizer of the Unite The Right rally Jason Kessler. Kessler insists modern America is racist against white people, using phrases like “white genocide” in place of multiculturalism and “Black supremacist” to describe politicians seeking to remove Confederate monuments.

The tweet’s emphasis on erasing division and coming together as a nation indicates Trump wants to normalize and pacify both sides of the Charlottesville rally — even if one side is chanting Nazi propaganda and waving flags emblazoned with swastikas and Confederate emblems. The uniting rhetoric also reflects Unite the Right’s express motivation to bring together far-right factions like Ku Klux Klan members, neo-Nazis, Confederates, anti-Muslim groups, and various unaffiliated white supremacist militias or gangs.

Last year, Trump came under fire on all sides when his remarks in the aftermath of the riots failed to disavow white supremacy. Instead Trump said, “We condemn in the strongest possible terms this egregious display of hatred, bigotry, and violence on many sides.” In later comments, he claimed there were, “very fine people on both sides.” Neo-Nazi website Daily Stormer interpreted the president’s initial comments as support, writing: “Trump comments were good. He didn’t attack us. He just said the nation should come together. Nothing specific against us. … No condemnation at all.”

Last year the Unite the Right rally was organized to protest the removal of a statue of Confederate general Robert E. Lee from a Charlottesville park. The statue still stands. Protesters, some armed, chanted racist slogans and brandished Nazi and Confederate symbols. The rally turned violent when protesters and counter-protesters clashed, resulting in the death of counter-protester Heather Heyer after a rally-goer drove his car into the crowd.

This is a breaking news story. We will update it as new information becomes available.

Like what you see? How about some more R29 goodness, right here?

How To Help Victims Of The California Wildfires