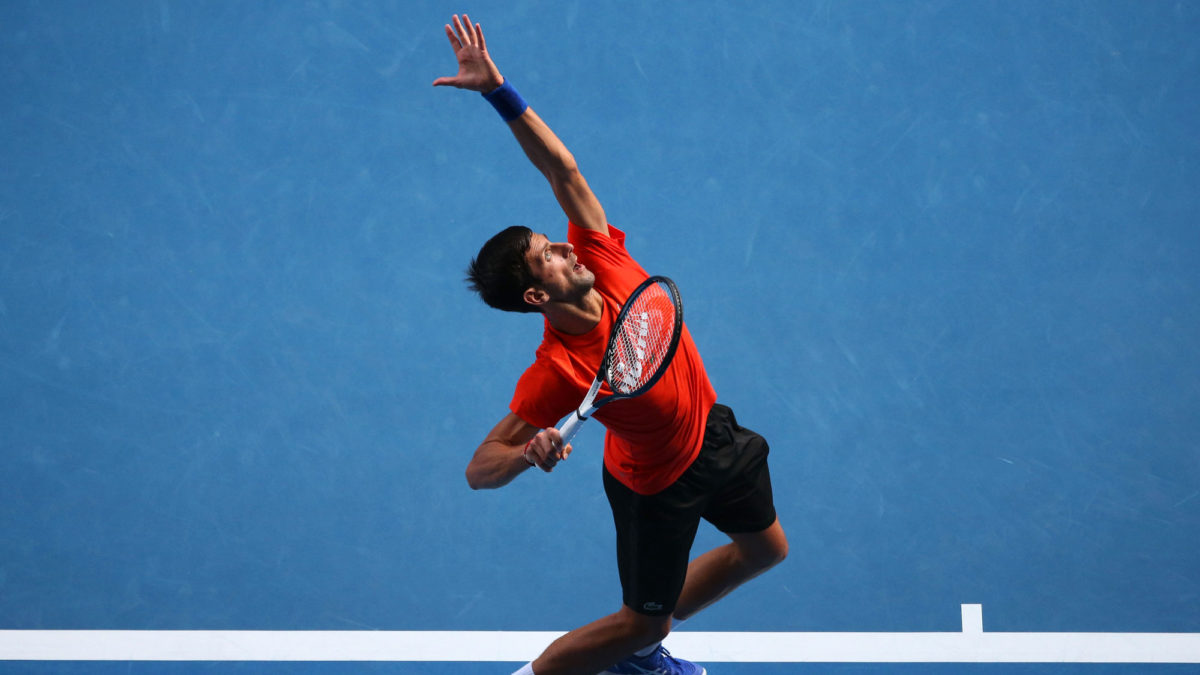 Intent on keeping the next generation at bay, Novak Djokovic is promising no let-up after inflicting Rafael Nadal with the heaviest grand slam defeat of his illustrious career.

But the 31-year-old remains hungry as ever for more, after pulling past his idol Pete Sampras and to within five grand slam titles of Roger Federer on the all-time leaderboard.

“I want to get better,’ said the insatiable world No.1.

“As Rafa and everybody else, we need to because the new generation is coming up.

“If you want to stay out there you have to get better and you have to constantly improve.

“I like to compete obviously, as anybody else out there, and you know breaking records and making history of the sport that I truly love is the biggest honour and huge motivation.”

In an extraordinary performance against the 17-times major winner, Djokovic committed just nine unforced errors in his straight-sets dispatch of the mighty Spaniard.

“Under the circumstances, maybe this can be the best quality tennis I have played against Rafa in a grand slam final,” he said.

But, in a measure of the Serb’s relentless pursuit of perfection, Djokovic was not the least bit surprised with how easily he dealt with his greatest rival.

“Because it’s exactly what I intended to do,” Djokovic said.

“I wanted to step out in court and bring in the intensity because I knew that intensity is waiting for me from the other end.

“Rafa is kind of the guy every single match he brings that 100 per cent intensity and focus. He makes you play every shot from the very first point, brings a lot of energy in his shot.

“So I definitely needed a good start, because we both were playing well coming into the match.”

Djokovic will head to Paris in May with the chance to dethrone 11-times champion Nadal and become the first man ever to win all four grand slam titles in a row twice in the 50-year professional era.

“First of all, I need to be very, very conscious of what this is, what this means,” he said cradling the Norman Brookes Challenge Cup that he’s now won more times than any other man.

“I will definitely do a lot of reflection and contemplating and being grateful for this moment, but at the same time I would like to keep going.”