Inside F45: Will This Workout Become a Big HIIT? 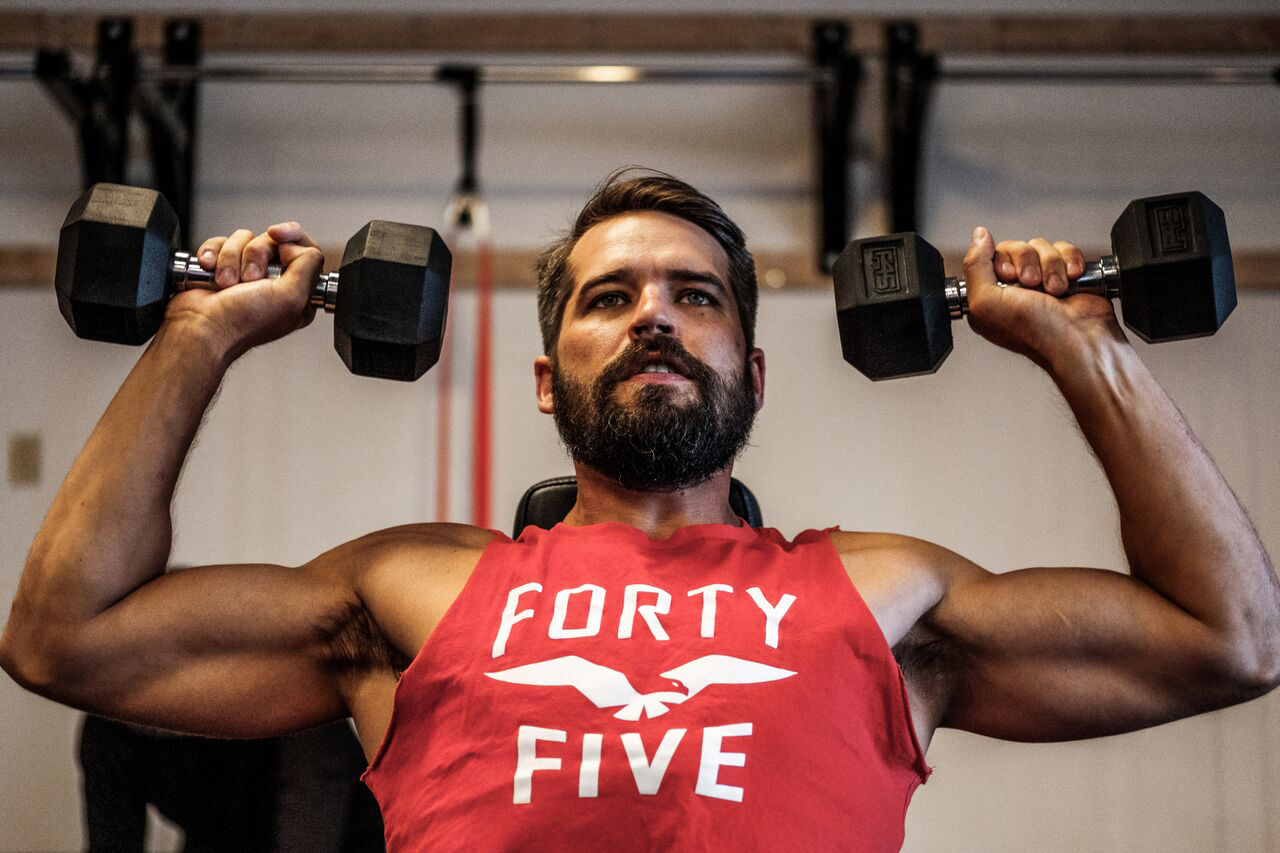 F45 bills itself as the fastest-growing functional training network in the world. A gym just opened in Denver, so I went to see what the fuss is about.

My official report: This workout kicked my ass. And I did a cardio-focused session, which should have played to my strengths. I can’t imagine the weight-focused one.

F45 is a franchised gym concept that started in Australia in 2011. The “F” stands for functional; the 45 is the number of minutes in each workout. The concept combines three popular training styles: high-intensity interval training (HIIT), circuit training, and functional fitness. 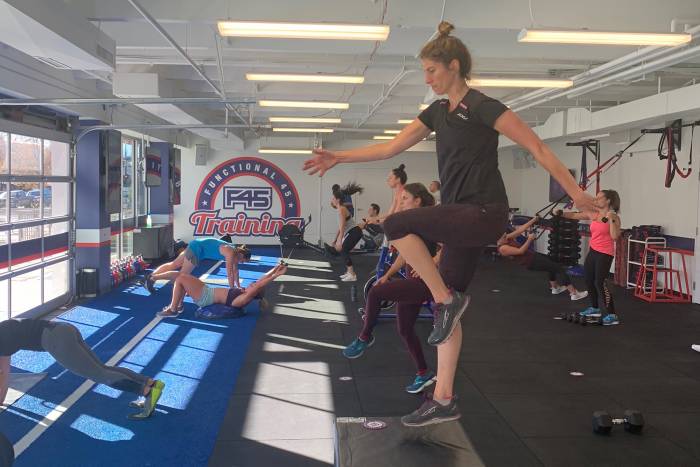 F45 workout sessions vary greatly. That’s the point. There are currently 31 different 45-minute workouts. They all combine interval, cardiovascular, and strength training, which have proven highly effective for burning fat and building lean muscle, especially in the first 45 minutes.

With between nine and 27 workout schemes, each spanning 20 to 60 seconds of output coupled with five- to 30-second rest breaks between each, there are 3,900 potential variations. And that means no duplicate workouts.

F45 Is Coming to a Town Near You 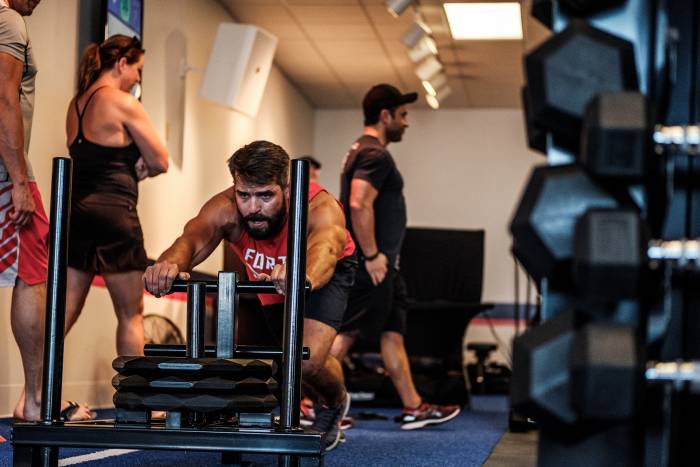 Chris Pieczonka has bought in. A former Navy lacrosse player, he owns the first F45 gym in Denver proper, which opened two months ago. There are two others in the suburbs. Pieczonka was looking for a way out of his busy corporate consulting job, and the business opportunity aligned with his lifelong fitness fix.

F45’s community-building aspect was a deciding factor. Pieczonka lives four blocks from the new studio, which is housed in the first floor of a new apartment building in the gentrifying Sloan’s Lake neighborhood. Nodding to a tradition of service in the military, Pieczonka likes the idea of helping improve his neighbors’ lives.

F45 operates on a loose “buddy” system that adds to community aspect at the gym. While I did high-five my partner once, I didn’t feel the buddy love surpass any other aspect of the high-intensity workout. But it was my first day. 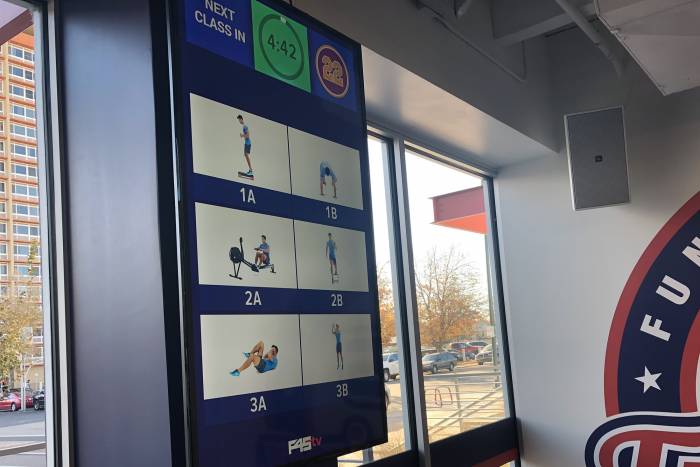 I did feel other things, like a little overwhelmed by numbed exercise stations, rotating movement “pods,” and the TV screens telling everybody where to go and when. But then again, I’m used to running on trails at my own pace, rarely with a watch.

Initial anxiety faded once I realized the monitors were super-helpful visual reminders of how to properly perform a burpee, align my bad knee during an elevated reverse dip, and hold a weighted bar across my chest while jumping with high knees. 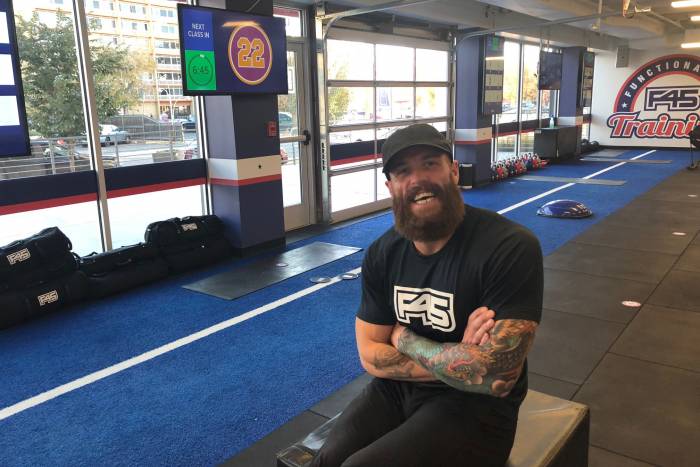 There were two trainers, first demonstrating moves and improving our form along the way. But I liked the independence and confidence the monitors provided. Beyond screens, there’s nothing fancy here — just mats, blocks, kettlebells, pulleys, Bosu balls, free weights, and loud music.

It’s nothing you couldn’t stage in a home gym. But, really, how many people do that successfully long-term?

I need motivation as much as the next person. Not surprisingly, I enjoyed moves more in my comfort zone: spinning on a bike, seated rowing, mountain climbers. Anything that involved my lower core and upper body felt hard and often awkward.

But looking around, I realized everyone else had their rears in the air. They too were donkey kicking like dorks. And they sweated and grunted just like me. We were in it together even though we were all at different fitness levels.

Just when you think you can't possibly go any farther, we're here to say you can….and you will! #f45 #f45training #fitfam #motivation #youcan

Additionally, everything at F45 was timed. And maybe that was the great equalizer. It wasn’t Jim against Joe for the most upright rows. It was girls and guys next to each other, performing the same moves to the best of our abilities. There was a countdown to the beginning of class, and most people rolled in less than five minutes before.

That day, each move lasted for one minute, according to a counter on the screen, along with short breaks before rotations. Side by side, we cycled through six exercises three times each, then moved to the next pod. Three of those brought us to exactly 45 minutes.

Besides trying to drive community fitness in an unintimidating way, F45 seems to be leveraging technology in ways not seen in traditional gyms. The instructional screens are one. 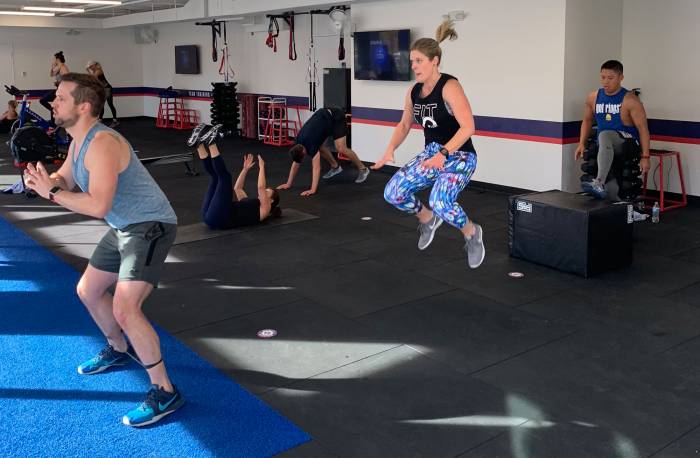 Using the F45 app to sign up, monitor your heart rate, and track your fitness progress is another. There are also eight-week online challenges that guide F45ers through diet, health, and lifestyle shifts. So if your F45 friends are all ordering a tea at Starbucks rather than coffee that week, so are you. And there are rewards if you follow through.

But the competition is stiff for F45. Boutique gyms attract people who know what they’re doing and might want to workout alone with headphones. Orange Theory is one with a similar modern take on quick-in, quick-out HIIT workouts. There’s even a franchise with a frighteningly similar name — Fit36. 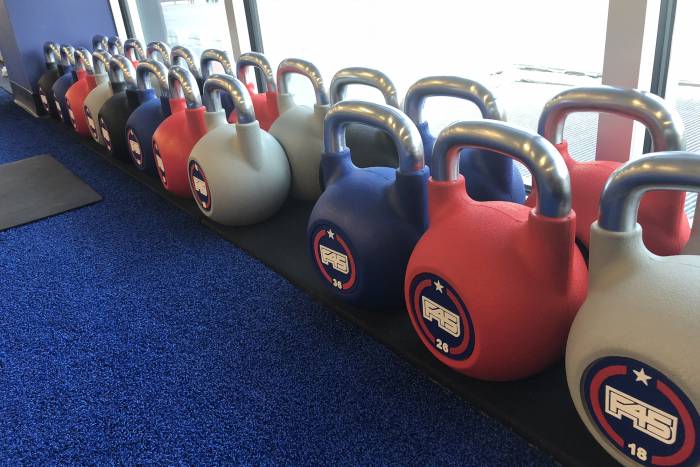 And in towns like Denver, you’re always competing with the outdoors, said Pieczonka. But he’s convinced that F45’s early success is all about the workout fitting conveniently and affordably into people’s busy lives while building in the kind of community people are craving, whether they know it or not.

While it’s always an option, Pieczonka is not interested in forcing a $155 unlimited monthly membership on everyday folks looking to get fit fast. He wants them to succeed, not feel bad if they fail. 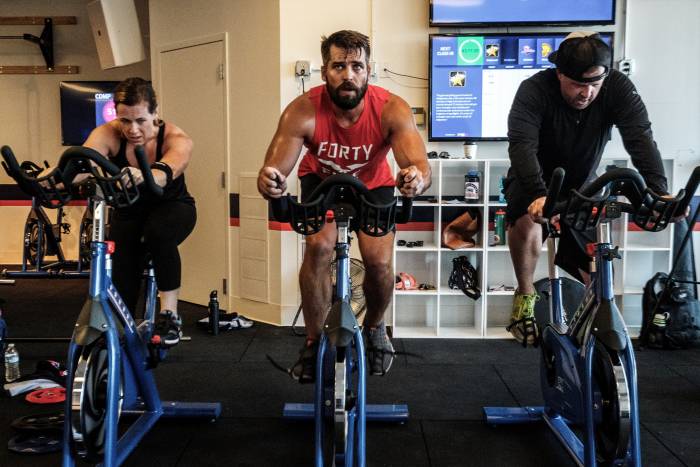 So at his Denver F45 gym, he’s introducing class packs, with a minimum of five. That’s what Pieczonka needed when he was traveling all the time. It also leaves the door open for working out elsewhere. And that’s fine too, he said.

If the basis of F45 is variety — in theory, no two workouts should be the same — there’s plenty of room for everyone. People will come back when they want more.

The post Inside F45: Will This Workout Become a Big HIIT? appeared first on GearJunkie.