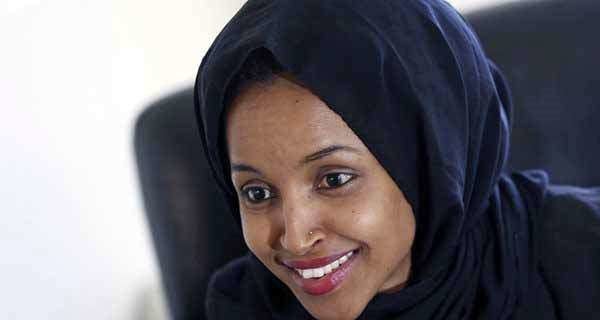 We’re on Twitter all day every day, but we’re still getting used to this new freshman class of “superstar” congresswomen responding to every slight and critique on social media.

Keep in mind that Bret Stephens is considered one of The New York Times’ “conservative” columnists, and Rep. Ilhan Omar has already come out siding with Russia, China, and Iran against the attempted “U.S.-backed coup” against Venezuelan dictator Nicolás Maduro.

The Maduro regime is enforcing starvation against its own people. @IlhanMN is outraged, right? https://t.co/Vum7w7MDiD

I’m not surprised that he doesn’t know the difference between opposing military. intervention in a foreign country and supporting the regime. pic.twitter.com/EmiNIAkyot

Opposition to intervention ≠ support for a country’s leader.

We must support the Venezuelan people’s right to self-determination and not make a bad situation worse. @RoKhanna https://t.co/E3zMLWW8Jx

As a spokesman for the UN said, "Humanitarian action needs to be independent of political, military or any other objectives. The needs of the people should lead in terms of when and how humanitarian assistance is used."https://t.co/Fuwnx73eZq

Only Congress can approve military action in Venezuela. The Trump administration must respect the checks and balances provided by the constitution. For too long and in too many places, we have ceded our Constitutional authority over foreign intervention.

So here’s another one (along with Sen. Chris Murphy and Pink Floyd’s Roger Waters) opposing foreign aid to the Venezuelan people because it’s all just a front for a military coup backed by the United States.

The aid is being blocked. https://t.co/wRmKk0pATx

How can we just ignore the humanitarian crisis here? Do you not care, where is your compassion for these people?

How, pray tell, does it benefit the U.S. to help the Venezuelans with humanitarian needs? Are you going to base your opinions about whether or not dispensing charity is right thing to do on the motivation behind it? Your logic is deeply flawed.

I know this is a foreign concept to you, but our country's strength has come from strong leadership. Not knowing this is more of a reason for you being on Foreign Relations committee is a total joke.

Does Omar know how many nations are behind this “coup attempt” by the Trump administration?

In other words: starve if eating helps the opposition. https://t.co/Ih9giVzqRS

Humanitarian aid without removing the cause the aid is needed in the first place is insanity. This isn’t a natural disaster. This was caused by a man and a failed ideology.

As Twitchy has reported, even socialist Bernie Sanders supports the aid effort in defiance of the Maduro regime.

The people of Venezuela are enduring a serious humanitarian crisis. The Maduro government must put the needs of its people first, allow humanitarian aid into the country, and refrain from violence against protesters.

The angry replies by Bernie supporters and others to his extremely mild statement on Venezuela are frightening. https://t.co/4yRWUvuGt8

Roger Waters, Max Blumenthal, etc. A Who's Who of political infamy among the replies. https://t.co/czYk0r1FCJ

And Stephens is being beaten up in the comments by what we presume are a lot of angry New York Times subscribers.