Japanese Are Polishing Dirt Balls To Perfection, And The Result Will Blow You Away 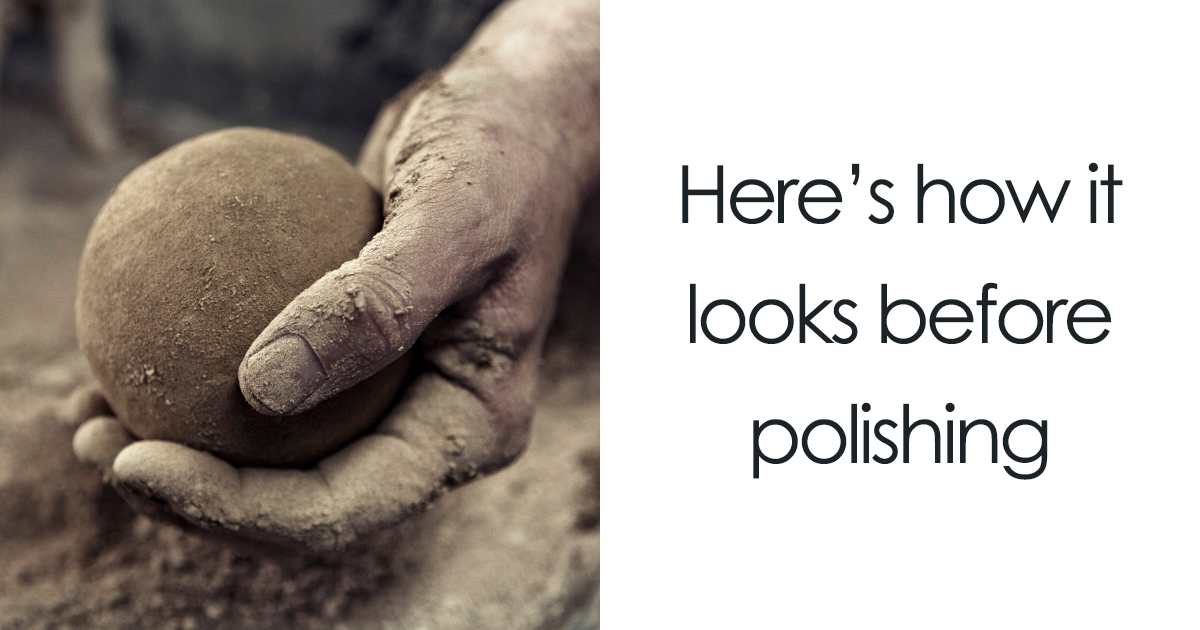 The making of ‘dorodango‘ is a traditional pastime for Japanese schoolchildren, that has grown into an art form in its own right. The dodorango is actually a ball made from mud and dirt, and now people are painstakingly and methodically refining these balls into “hikaru dorodango” (literally: ‘shiny dumpling’), perfect, polished spheres that can take days to complete.

The process is meditative and deeply satisfying, and is seen by many as the primary motivation for the art. Layer upon layer of fine dirt is applied to the mud core, forming a hard outer shell. This is then polished with a cloth to give the dorodango an appearance similar to that of a snooker ball, perfectly round and shiny to an unbelievable degree. How can simple dirt become so lustrous?

You may remember a previous post about a craze in Japan where people were creating perfect spheres from aluminium foil. This was obviously inspired by the ancient technique of making dorodango. While in America kids are eating Tide Pods and poisoning themselves, Japanese kids learn the value of patience and perfection from constant refinement, by creating these beautifully simple pieces of art.

Making dorodango was mostly a forgotten pastime until recently, when professor Fumio Kayo, a psychologist who specializes in children’s play, made it popular again in Japan and worldwide. Bruce Gardner has become a master of the art, and experiments with the many different soils he finds around Albuquerque, New Mexico. You can see how he does it in the video below, and it will make you want to try it yourself!

Scroll down to learn more about hikaru dorodango, and let us know what you think in the comments. Where you inspired to give it a try? How did it go? Tell us and share your pics!

It all starts with collecting the soil Then the rocks are separated from the soil And the shaping begins More layers are added over time

This process takes at least 30 minutes And it’s where people relax more and more, as they shape the ball to perfection This step is very tricky, because the ball can easily crack and break After repeating the process a few times, the polishing begins Lots and lots of polishing… The color varies because of the different soil types People have fallen in love with this oddly satisfying DIY project And are sharing their own creations on various social media platforms It’s a perfect activity for meditation groups, classes or camps