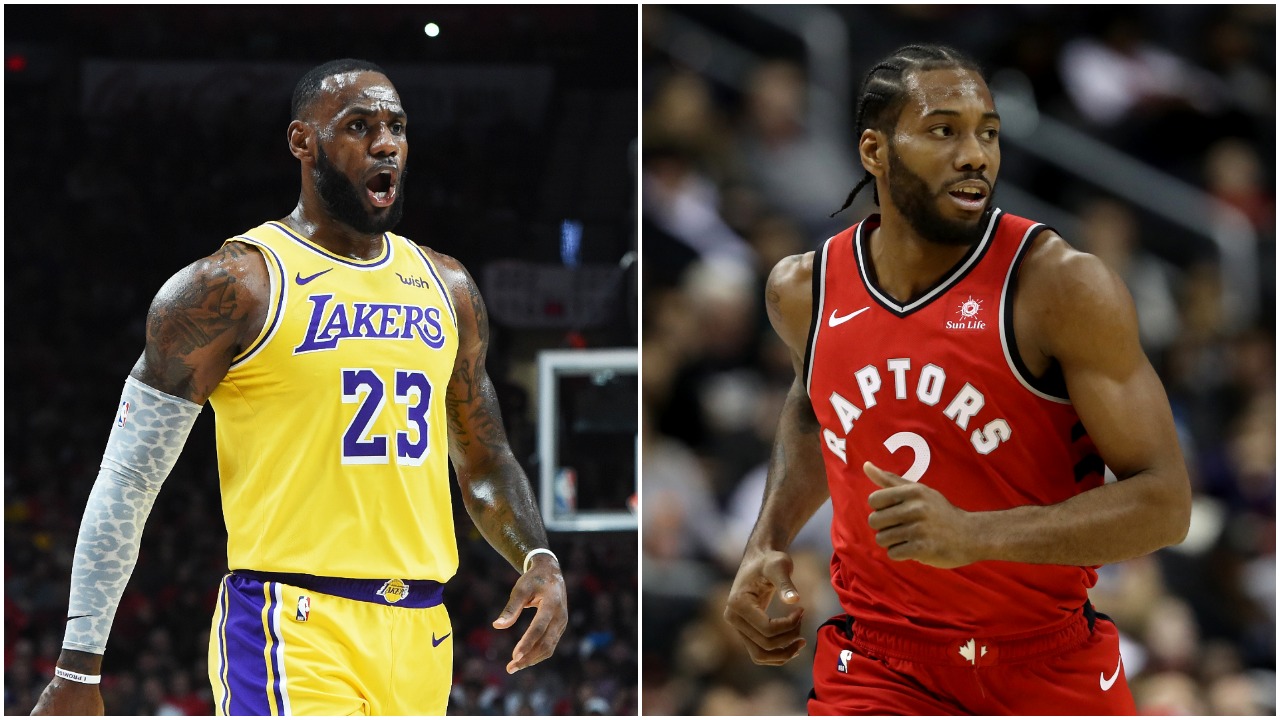 The Lakers appeared to be a big motivation in the Clippers decision to trade five draft picks to the Thunder for Paul George. The Clippers were looking to prevent Kawhi Leonard from signing with the Lakers. ESPN’s Adrian Wojnarowski reported that the Clippers trade was made “to keep Leonard from partnering with LeBron James and Anthony Davis.”

The Clippers gave up the following first-round picks in the trade: 2021 (via Heat), 2022, 2024, 2026 and a protected 2023 pick (via Heat). If you are keeping track at home, that is at least five draft picks the Clippers traded for George. The Thunder also have the right to swap picks with the Clippers in 2023 and 2025. These picks are in addition to Shai Gilgeous-Alexander and Danilo Gallinari who were part of the deal.

It appears the Clippers were willing to give up a king’s ransom to prevent Leonard from signing with the Lakers. Throughout the process, the Lakers were believed to be the favorites, but it was a trade by the Clippers at the last minute that has Leonard wearing red and blue. As Hoops Hype’s Alex Kennedy pointed out, George hurt the Lakers in back-to-back free agency periods.

“Paul George spurned the Lakers in free agency and, one year later, pushed for a trade to their in-arena rival (which prompted Kawhi Leonard to choose the Clippers over the Lakers). Sheesh,” Kennedy tweeted.

Wojnarowski reported that the Clippers believed they had “no choice” but to make the trade in order to prevent Leonard from joining the Lakers.

“Sources: Leonard and George met in LA earlier in week. Clippers had long been frontrunners for Leonard, but it is unlikely he would’ve made final leap to sign without PG trade. Clippers imagined Leonard as part of a Lakers Big 3 — and knew they had no choice. They did OKC deal,” Wojnarowski tweeted.

According to Fox Sports’ Cris Carter, the Lakers were not helped by information that leaked about Leonard’s conversations with Magic Johnson. One thing that became clear was Leonard was testing teams to see who was able to hold their meetings private.

“All the information that leaked from Magic’s conversations with Kawhi team didn’t help the Lakers case,” Carter tweeted.

If the Clippers do not make the trade for George, Leonard is unlikely to join the Clippers. Yet, the Clippers gave up five draft picks with the potential for the Thunder to swap others for a player that has had injury concerns.

For all that the Clippers gave up, the alternative was not great as they would have once again lost out on a major free agent. The unprecedented trade was the Clippers way of trying to help their franchise take the next step forward.

Danny Green Signed With the Lakers After the Kawhi News Broke

Danny Green had been waiting for Kawhi Leonard to make his decision. Green agreed to terms with the Lakers after Leonard headed to the Clippers. The Lakers are now focused on surrounding James and Davis with other role players. Los Angeles is also bringing back JaVale McGee and Kentavious Caldwell Pope to help fill out their roster.