Lying About the Authority of the Law 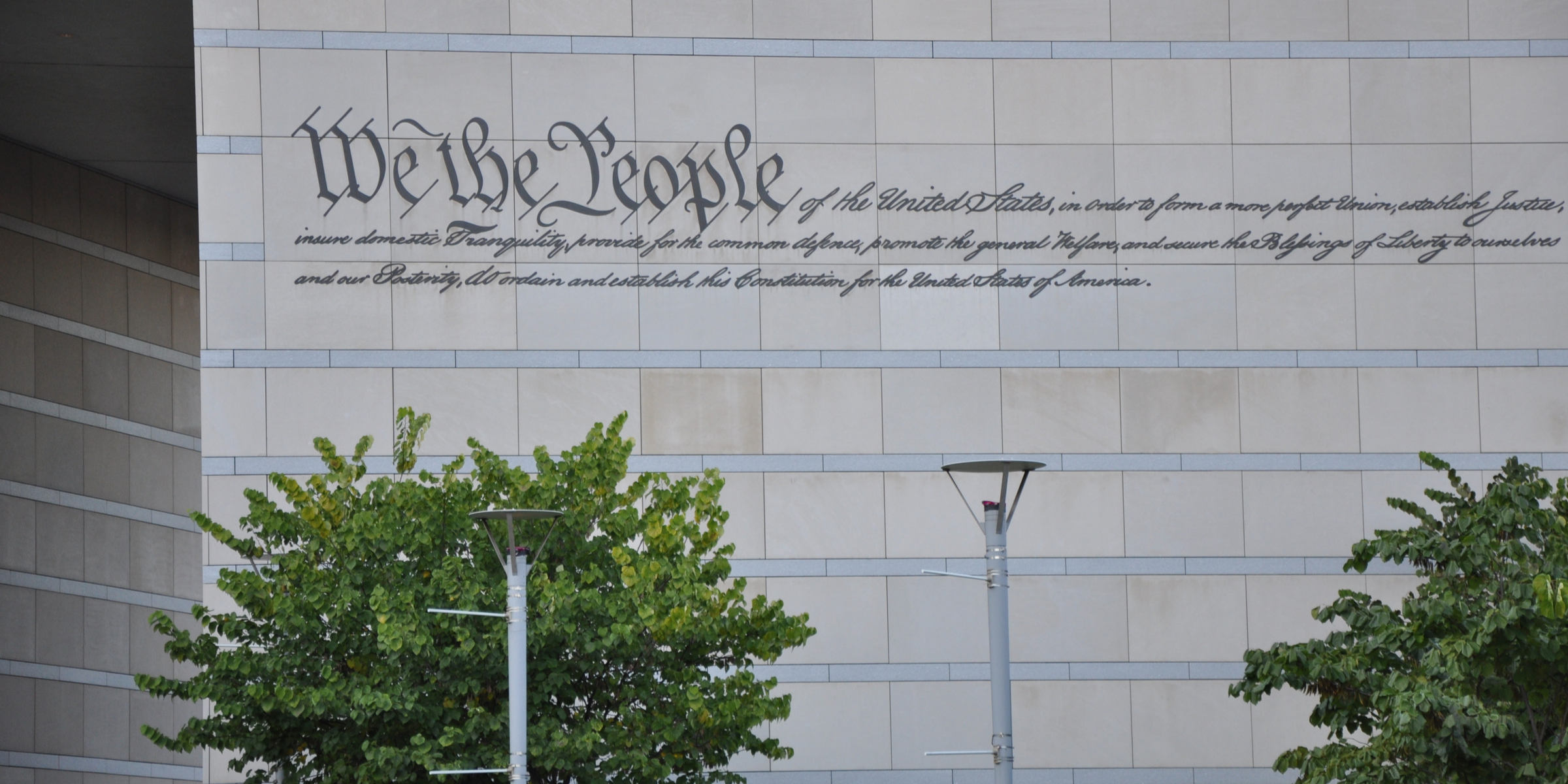 In his insightful new book, Fictions, Lies, and the Authority of Law, Steven D. Smith, the Warren Distinguished Professor of Law at the University of San Diego, takes on an old question. Why do people obey the law? Put aside what Justice Holmes famously called the “bad man’s” view, that people comply because they fear the state will otherwise inflict punishment on them. In a healthy society, most people don’t think that way most of the time, and aside from totalitarian dictatorships, states lack resources to pose a credible threat of relentless enforcement. The state usually won’t catch you, and if fear were the only reason for following the law, a legal system would collapse. People obey the law in most cases because they believe it has authority for them, a legitimate claim to their loyalty and deference. If its claim to authority disappears, law loses its purchase, and people start to ignore it. In extreme situations, the stage may be set for revolution.

According to the standard liberal account, in Western democracies like the United States, law’s authority derives ultimately from popular consent. The Constitution has authority because “We the People” have agreed to it. Congressional statutes bind us because our duly elected representatives have enacted them according to constitutionally specified procedures. Supreme Court decisions create obligations for us because the justices are appointed and confirmed by our representatives, again according to constitutionally specified procedures, and because the justices resolve cases by applying constitutional and statutory provisions to which we have agreed.

The difficulty with this account, Smith shows, is that our consent is a kind of fiction—not completely false but not completely true; “truish,” in his nice turn of phrase. In lawyers’ terms, our consent is constructive—not actual but imputed by law to serve important goals, much in the way constructive possession is not actual possession and a constructive contract is not a real contract. For most of our history, with some notable exceptions, constructive consent has provided a sufficient basis for law’s authority. This is so, Smith persuasively argues, because the fiction has been plausible enough for most Americans to go along and because American government has performed reasonably well over time. Whether either of those two conditions continues to hold today is an interesting question with perhaps disheartening implications for the future.

Smith begins his book with an account of how consent provides the grounding for law’s authority in a liberal democracy. Given the West’s “pervasive” commitment to individual freedom and equality, he writes, no alternative justification could serve. After all, “if we are committed to being autonomous agents”—and we are, more all the time—how could we “acknowledge the authority over us of anything or anyone unless we had consented?” Since the 17th century, liberalism’s answer has been social contract theory. The state has authority over us because we have conferred it, precisely to protect our autonomy and equality. In the words of the Declaration of Independence, “Governments are instituted among Men” to “secure” our rights and “deriv[e] their just powers from the consent of the governed.”

Social contract theory thus purports to resolve the tension between autonomy and authority. But in doing so, Smith writes, the theory creates two problems. First, consent cannot provide the basis for genuine authority, which creates obligations independent of whether the subject agrees to them. “If the only reason we are obligated to obey the government’s law is that we have voluntarily promised to do so,” he writes, “then we are not really recognizing or consenting to the government’s authority” at all. “[R]ather, we are exercising our own authority . . . in a way that just happens to pick out the government’s laws as something that we choose and promise to follow.” Genuine authority involves hierarchy and received obligation, concepts “antithetical” to “egalitarian autonomy.”

Second, the consent on which social contract theory relies is “historically dubious.” Take the Constitution’s reference to “We the People.” To “perform its legitimating function,” a community’s consent to government authority must be unanimous. “We the People” must “represent and reflect the will of all the human beings living in the region.” Yet, as Smith notes, millions of Americans were excluded from participation in the Constitution’s adoption. Even among Americans eligible to participate, many opposed adoption or simply ignored the debate. The Constitution did not permit those Americans to opt out of the new regime; it bound them along with everybody else. Besides, the men who voted for the Constitution died centuries ago. Naturalized citizens excepted, Americans today have never affirmatively given their consent, except in the very attenuated sense of staying put rather than emigrating or rebelling.

“‘We the People of the United States’ may have been (and may be) a glorious fiction,” Smith writes, but it is “one that arguably has done magnificent work for which we should be grateful.”

Smith shows that the question of authority, which sounds rather abstract, has implications for some practical legal disputes. Take constitutional interpretation. Most originalists today hold that courts should give a constitutional provision the meaning it had at the time of its adoption, its “original public meaning.” Doing so, the argument goes, shows respect for the authority of the lawgiver, the “We the People” in whose name the Constitution binds us. But if “We the People” is just a construct, what sense does that make? Why should we defer to the dictates of a fictional lawgiver who never existed? And how would we know what a fictional person meant, anyway?

This problem, Smith persuasively maintains, makes many debates about constitutional meaning “unresolvable.” We might ascertain, with effort, the meaning particular words held for the real, flesh-and-blood human beings who voted for them centuries ago. But those real, flesh-and-blood human beings are not the same as the fictional person, the “We the People,” whose authority binds us. To ask what “We the People” meant in the text of the First Amendment is like asking what Hamlet meant in one of his soliloquies. We can come up with various interpretations, some more plausible, some less. But because he is a fictional character, we can never decide what Hamlet really meant. Similarly, “[w]hen we ask about what ‘We the People’ did or intended or thought,” Smith writes, “we are not asking a factual question; and so there is no fact that can conclusively show that one answer is correct and another answer is mistaken.”

The reason why the American Republic and its laws have endured so long notwithstanding these difficulties, Smith maintains, is that Americans have acquiesced in the fiction, much in the way theatergoers acquiesce in the conceit that makes for a good play. They have done so for two reasons. First, like all good fictions, the American story has had sufficient plausibility. The Framers really did meet in Philadelphia, and representatives really did vote in Congress on the language of the Bill of Rights and other amendments. Moreover, for most of their history and with some notable exceptions, Americans have seen themselves as sharing a national identity, one that began in 1776 and came to encompass, eventually and with great struggle, even those Americans initially excluded and those whose ancestors arrived only recently. “We the People” may be a construct, but it has seemed close enough to reality for most Americans to suspend their disbelief.

Second, the fiction has had immense benefits. The Constitution has provided the framework for a highly successful nation-state, one that has “secured the blessings of liberty,” in the Preamble’s phrase, and promoted peace and opportunity for hundreds of millions. “‘We the People of the United States’ may have been (and may be) a glorious fiction,” Smith writes, but it is “one that arguably has done magnificent work for which we should be grateful.” People lack motivation to question fictions that produce such good results in the real world.

Can these two conditions, “plausibility and payoff,” continue to hold? In a prologue, Smith notes that he largely finished this book in the fall of 2019 and could not consider all that has transpired in our country since then. Nonetheless, he doesn’t seem very hopeful, and it’s easy to see why. The events of the past two years suggest that America is coming apart in ways that make the beneficial fiction he describes increasingly hard to maintain. Increasing numbers of Americans no longer identify instinctively with the “We the People” in whose name the Constitution and laws bind us. Indeed, the National Archives now includes a trigger warning on its website for people accessing the Constitution, alerting readers to the “potentially harmful language” they will encounter in the document. As Smith writes, people who see themselves “as systematically oppressed or discriminated against  . . . have little incentive to overlook the fictional quality of the ‘consent’ on which government’s assertion of authority depends.” And our officials seem increasingly dysfunctional—petty, gridlocked, and feckless, unable to end their squabbling long enough to handle a nationwide public-health emergency or withdraw from a military campaign in an ordered, dignified way.

Smith has written a timely and thought-provoking book. Some passages are a bit repetitive, and a chapter on late communist authoritarianism and its similarity to contemporary left-liberalism, a subject that authors like Rod Dreher and Ryszard Legutko have recently gone over at length, seems a bit out of place. These minor criticisms aside, Smith’s argument is sophisticated and perceptive, and his book will linger with readers, even if its ultimate message is a bit dispiriting. Perhaps twenty-first century Americans will find a new basis for believing the “glorious fiction” that has united us in the past. Meanwhile, it seems, we are in for rough sailing.