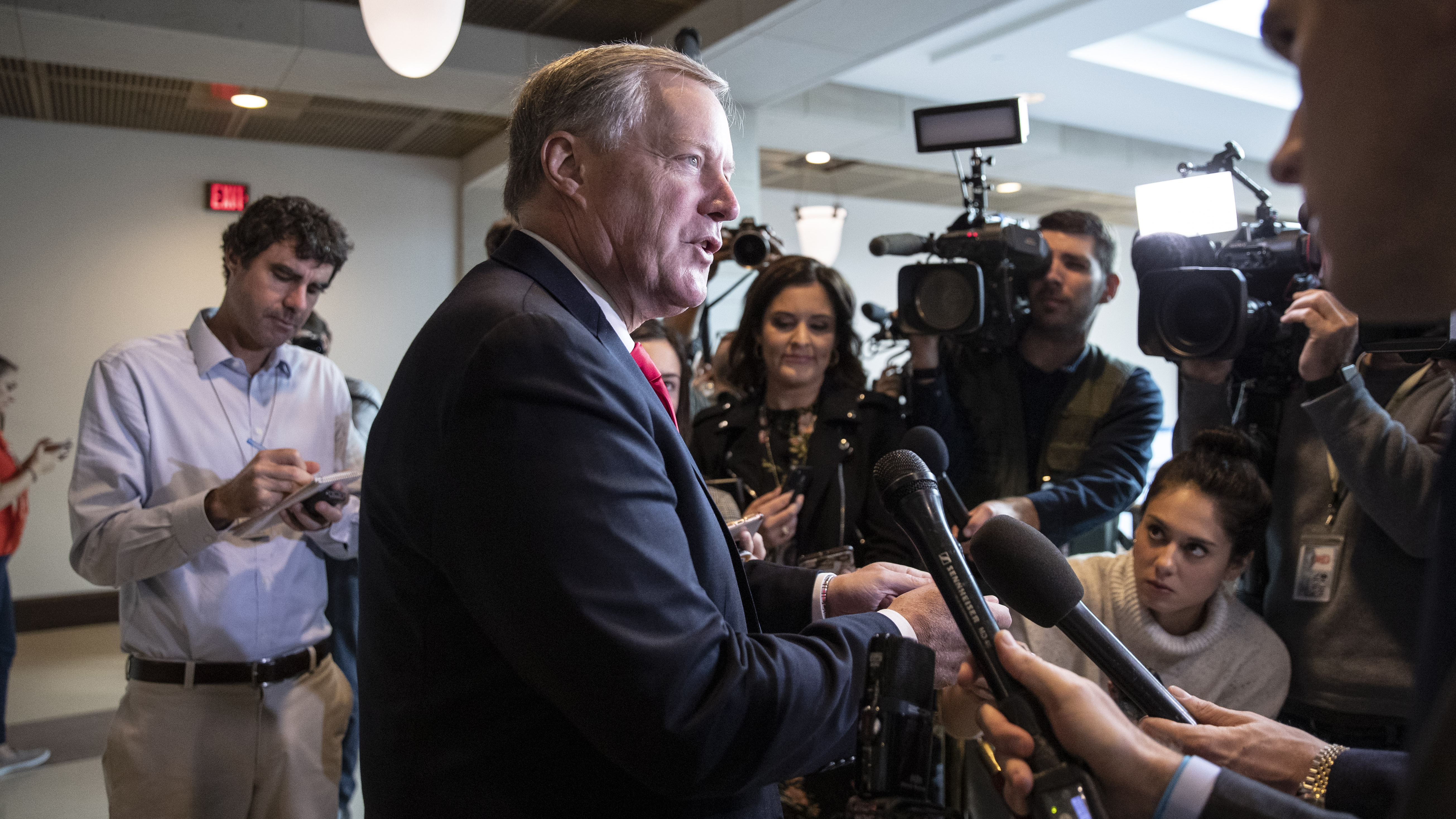 On Thursday, North Carolina Republican Rep. Mark Meadows announced he won’t be seeking reelection in 2020, making him the 21st “pure” GOP retirement this cycle (in other words, excluding those who are leaving Congress to seek another office). But unlike many other GOP retirees, Meadows’s motivation for leaving Congress isn’t because he had reelection concerns, disagreements with President Trump or feared the loss of institutional clout if the GOP doesn’t retake the House in 2020.

In fact, Meadows is one of the most powerful and highly influential members of the GOP caucus and is thought to have the president’s ear. And it might be that sway that is now taking him on to bigger and better things. In his announcement, Meadows hinted that he might soon take a job working for the president, although it’s unclear what that role might be.

We’ve been tracking retirements over the past few months now, and although Meadows’s retirement is different than many of the retirements we’ve seen so far, one thing that is readily apparent is just how lopsided the GOP retirements are. With Meadows’s exit, roughly 10 percent of the 197 Republicans currently in the chamber are retiring and not running for something else. And since the start of December, five Republicans have announced their retirement, tying it with July for the busiest month this cycle. (By comparison, there have only been six “pure” retirements among the 233 Democrats in the House.)1

Republicans who declined to seek reelection in the 2020 cycle, excluding those leaving to run for another office, as of Dec. 19, 2019

In terms of what we know about the recent spate of GOP retirements in December, one major factor is North Carolina’s new House map, which was finalized in earlier this month. Along with Meadows, Republican Reps. George Holding and Mark Walker are also retiring, and for those two congressmen, it’s because the new district lines meant their formerly Republican-leaning seats were much more Democratic and they risked losing reelection. Meadow’s seat, on the other hand, didn’t change all that much. About three-fourths of the voters in his old district are also in the new North Carolina 11th and it’s still 17 points more Republican than the country as a whole, according to FiveThirtyEight’s partisan lean metric.2

As for the other two GOP members who retired in December, their retirements had nothing to do with redistricting, and, in fact, their departures were a bit of a surprise, considering how often they have both voted in line with the president. Georgia Rep. Tom Graves, in particular, was unexpected, considering he is young (49 years old) and according to FiveThirtyEight’s Trump Score one of the president’s most ardent backers. Graves had been floated to possibly fill Sen. Johnny Isakson’s Senate seat, but he didn’t officially apply for the post, and Georgia Gov. Brian Kemp ended up appointing businesswoman Kelly Loeffler instead. Florida Rep. Ted Yoho also has one of the highest Trump scores of any Republican in the 116th Congress, but his retirement was a bit less of a surprise as he had pledged to serve only four terms when he was first elected in 2012. Although, it wasn’t entirely clear Yoho would stick to his pledge — he actually filed with the Federal Election Commission for a 2020 bid — but in the end, he decided to move on, even though at 64 he isn’t that old by Congress’s standards and hails from a safe Republican seat.

But considering how influential Meadows has been since he won his House seat in 2012, his exit is definitely the most notable of the December retirements (so far). It’s worth mentioning, though, that Meadows’s departure may not end up counting as a “pure” retirement — and that’s because he could end up resigning before his term is over. He told Politico that he might not serve out the remainder of his term in order to take a position in Trump’s administration or join the president’s reelection campaign. And if Meadows does resign, that could precipitate a special election.

For now, though, the North Carolina 11th is in line to be an open seat next November, but that might change by the time the general election rolls around. After all, it’s not unheard of for a representative to announce a retirement but later resign early to do something else — Republican Rep. Charlie Dent of Pennsylvania did this last cycle, for example. The real question will be whether this spate of GOP retirements is a final flurry of sorts or if more are coming. With the count now at 21, the 2020 cycle is closing in on the 23 “pure” Republican retirements that happened ahead of the 2018 midterms, and as most state filing deadlines don’t come up until next year, there’s still plenty of time for at least a few more.