Never Look Away Is a Reductive, Tedious Copy of Gerhard Richter’s Life 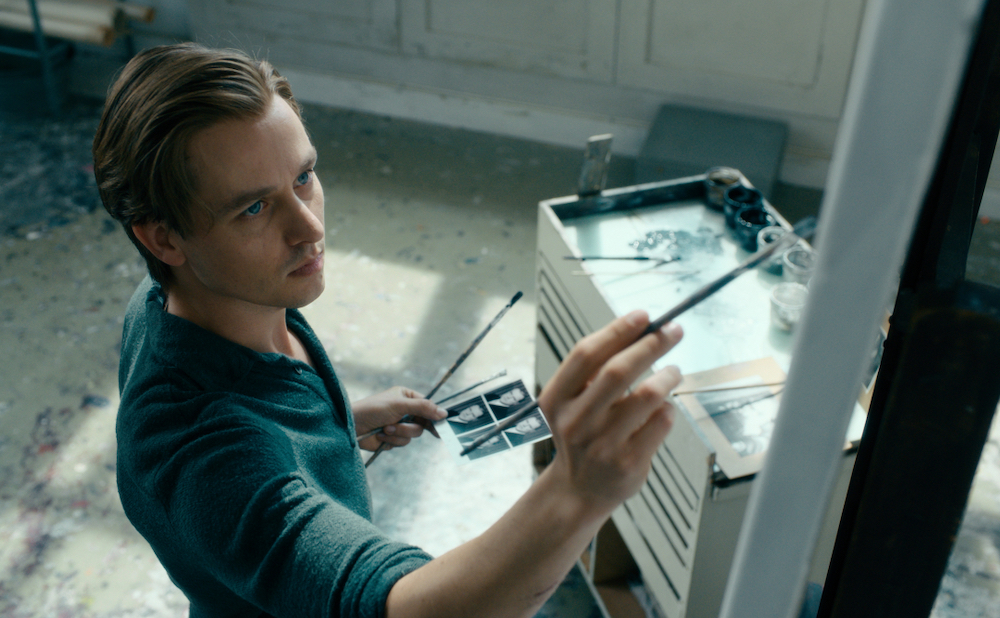 Art, history, and Oscar bait collide in some incredibly odd ways in Never Look Away, Germany’s submission for Best Foreign Language Film for the 91st Academy Awards. It recently earned that nomination, as well as an additional one for Caleb Deschanel’s cinematography. But the movie has also attracted scrutiny over the reaction of its sort-of subject. It is not a straight biopic of famed artist Gerhard Richter, but it is still heavily patterned after his life. He recently said of writer and director Florian Henckel von Donnersmarck, “He managed to abuse and grossly distort my biography!” Donnersmarck retorted that Richter had access to the screenplay beforehand, and had not even seen the film, basing his reaction solely on the trailer. Having seen the full movie myself, I find myself sympathetic to Richter’s reaction, regardless of whatever evidence he’s based it on. The movie seems less like it’s inspired by Richter’s life and more like fan fiction about him.

Richter’s analogue in the film is Kurt Barnert (played by Tom Schilling), who from a young age is encouraged by his aunt Elisabeth (Saskia Rosendahl) to ignore Nazi strictures about art and follow his own passions. It’s from her that he hears the movie title’s truism to “never look away” from the truth of life. In the opening act (which only marginally features Kurt), Elisabeth, who suffers from schizophrenia, falls victim to Nazi eugenics protocols. She is forcibly institutionalized, sterilized, and eventually killed. Carl Seeband (Sebastian Koch), the doctor overseeing the area’s eugenics program who personally condemns Elisabeth to death, manages to escape prosecution after Germany loses the war.

The timeline then jumps to the postwar period, as Kurt studies art in East Berlin but finds himself stifled by the confines of Socialist Realism (which will eventually spur him to defect to the West). At the same time, he falls in love with a fellow student, Ellie (Paula Beers). As it turns out, she is Seeband’s daughter. All are unaware of their supremely unlikely connection, but Seeband and Kurt dislike one another regardless. Much of the story concerns Kurt trying to find his voice as an artist in order to gain success and spite his eventual father-in-law. As unlikely as that synopsis may seem, it’s all taken from Richter’s real experiences, down to him unknowingly marrying the daughter of a man who was part of the genocidal machine that killed his aunt. But in Donnersmarck’s hands, the unlikely becomes ridiculous. When Elisabeth and a group of women are led into a gas chamber (in real life she was starved to death), the movie focuses a woman with Down’s syndrome to cynically ramp up the tragedy. When Seeband is revealed to be Ellie’s father, the score swells with high dramatic notes. It relishes the dramatic irony of Kurt incorporating both his aunt and his father-in-law into his art without knowing their connection. (It even hints that he may be expressing what he subconsciously knows, or that art itself is somehow leading him to the truth.) Applying this kind of soapy melodrama to the historical context of the Holocaust and its aftermath is supremely tasteless, even before one factors in that it’s based on real individuals.

You can easily see how this would rankle Richter. But even removing his feelings from the equation doesn’t do Never Look Away any favors. It’s so closely patterned after Richter’s biography, doing little besides replacing names, that it’s hard to imagine how exactly it would play out as a purely fictional film. But it would still feature bland acting, obvious writing, an unwieldy three-hour runtime, and an overbearing musical score that never fails to tell the audience exactly how they should be feeling during a scene. What’s more, the movie has some very basic ideas about the nature of art and the artistic process. There are other artists who factor into the plot — fictional versions of Joseph Bueys and Günther Uecker serve as Kurt’s teacher in Düsseldorf and best friend, respectively (Richter’s actual teacher was Karl Otto Götz). Beuys’s counterpart, Antonius van Verten (Oliver Masucci), is treated as mysterious because he never removes his hat and works only in felt and animal fat. He eventually explains to Kurt that he has burns on his scalp from a war injury, and that after his plane crashed, he was saved by villagers who wrapped him in felt and treated his wounds with animal fat. This was the same reason Beuys gave for his own use of felt and fat in his art, except that was a constructed mythology. In the film, it’s a true, sincere motivation — artistic ambiguity reduced to an easy-to-understand justification.

This same simplistic framework of art as a one-to-one way of processing trauma is applied to Richter. Donnersmarck has insisted that the film is about universal ideas about art’s healing power, but there is no plausible deniability here. Kurt’s paintings in the film match the kind of work Richter was doing during the same time period, and were even made for the production by a former assistant of Richter’s. This is an exegesis of Richter, specifically his famous photo-paintings. No amount of name-changing can obscure this. And Never Look Away‘s analysis wouldn’t pass muster in the lowest-level art class. It boils down the complex explanations Richter has given about his photo-paintings over the years to a vague idea that replicating photographs in painting is a way to convey “truth.” And his hallmark blurring effect? A literal rendering of his eyes going out of focus when he’s staring at something. Movies about famous artists have long struggled to articulate the intangible qualities that make their work renowned. Too often they settle for pat explanations. Never Look Away is no different, even as it mixes in some truly absurd, dramatic choices.

Never Look Away is currently playing in New York. It will open in Los Angeles on February 8.