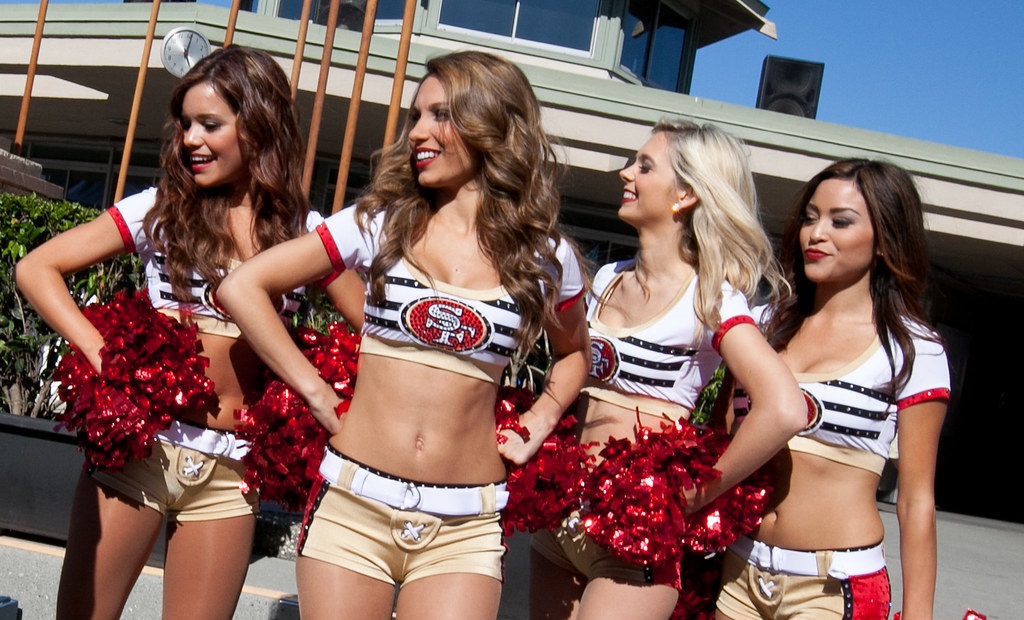 *Initial deposit of at least $5 required. Funds to be used for play, not available for withdrawal. Further T&C’s apply.

Week 3 of the NFL season is the week of the favorites. We’ve got nine lines on the board where a team is favored by about a touchdown or more – including two games where teams are favored by 21 or more. Teasers will obviously be in play this week but

After an offseason filled with optimism following the signing of quarterback Nick Foles, reality has hit hard for the Jaguars through the first two weeks of the regular season. Foles suffered a season-ending injury on his first and only touchdown pass of the year, Jacksonville suffered back-to-back losses and now their star cornerback has requested a trade out of town. After dropping games to the Kansas City Chiefs and Houston Texans the first two weeks, the schedule doesn’t get much easier with a hungry Titans team coming to town following a brutal loss to the Indianapolis Colts.

This will be the third time since 2016 that these teams meet on Thursday Night Football. Tennessee won the previous two meetings by 14 points each. What can we take from those recent matchups? This should be another low scoring game in which the Titans take care of business. Take the UNDER in this matchup.

After struggling to get much of anything going in their season opener against the Chicago Bears, the Green Bay offense exploded for 21 points in the first half of their Week 2 matchup against the Minnesota Vikings. However, the Packers were held without a single score in the second half, as their defense slowed Minnesota’s offense down just enough to hang on for the 21-16 win. While it’s conventional wisdom that an Aaron Rodgers-led offense has more to give, we might not see it again this week with Vic Fangio’s Broncos in town.

Denver’s defense has held its first two opponents to an average of 20.0 points. However, the fact that the Broncos offense hasn’t done much of anything at all resulted in them losing both of those games. It won’t get any easier to move the football against an improved Green Bay defense this week.

One week after blowing an 18-point lead and settling for a 27-27 tie against the Arizona Cardinals, Detroit went right back to work with a full four quarters of strong play in a 13-10 win over the Los Angeles Chargers. It’s still early in the year, but the Lions defense has the potential to be pretty good if they remain aggressive and don’t sit back the way they did when they allowed rookie quarterback Kyler Murray to rally the Cardinals in Week 1. On the other side of the football, the Eagles are coming off a brutal loss in which they allowed Julio Jones to score a 54-yard touchdown in the final minutes for the 24-20 comeback win. Philadelphia hasn’t had much of a home advantage over the past couple of years, so this could be another close, low-scoring game. Considering what we have seen from both teams so far, we expect an ugly game.

Kansas City has been close to unbeatable at home of late, going 9-1 straight up in its last 10 games at Arrowhead Stadium. Now the Chiefs return home to face what on paper appears to be their toughest challenge of the season against the undefeated Ravens. Lamar Jackson and a revitalized Baltimore offense have caught almost everybody’s attention through the first couple of weeks. Now they will try to go point-for-point against Patrick Mahomes and a Kansas City offense that has looked just fine without Tyreek Hill. While the Ravens have the better defense, it’s the Chiefs that have the home field advantage.

The Bills are another team that has turned a lot of heads out of the gate with back-to-back wins to open the season. Now they get an excellent opportunity to run their win streak to three against a Cincinnati team that is still looking for its first victory of the year.

While second-year quarterback Josh Allen has shown flashes of his immense potential, the defense is still the strength of this Buffalo team. The Bills have allowed an average of just 15.0 points per game through their first two victories. While the Bengals defense is far from elite, we are still banking on some growing pains as Allen and the Buffalo offense continue to work out some early season chemistry issues in Week 3.

The Falcons shocked the football world by doing what they were supposed to do in last week’s comeback win over Philadelphia. Trailing by three points with just over two minutes to go, Matt Ryan got the ball to Julio Jones and let the NFL’s highest-paid wide receiver do the rest. A 54-yard catch-and-run touchdown ended up being the difference in a 24-20 win. Atlanta has allowed an average of 24.0 points per game this season, so they will need to do better on that side of the football to have a chance against the Colts on the road. There should be some nerves from Jacoby Brissett and company in their first home opener following Andrew Luck’s retirement. With both teams feeling the pressure for different reasons entering this contest, there will be some shaky moments early on.

Minnesota followed up a dominant Week 1 win over Atlanta with a dud in Green Bay. However, a lot of what went wrong against the Packers happened early in the game, before the Vikings went on a 16-0 run over the final three quarters.

Now Minnesota returns home looking to turn the page on that defeat with a strong run game led by Dalvin Cook and a defense that will be motivated to shut down Derek Carr and company. Based on what we saw from the Raiders in last week’s loss to the Chiefs, they might be in tough to keep up with the Vikings on the road in this one. The fact that Minnesota can play it safe with quarterback Kirk Cousins and run the ball a ton should contribute to this being a low scoring affair. Take the under along with the Vikings to win and cover at home.

The first thing that stands out about this matchup is the massive 19-point spread. Considering the Patriots have allowed just three points combined in their first two wins over the Miami Dolphins and Pittsburgh Steelers, they might not have to score more than 20 points to cover the spread in this one. New England is clearly the class of the NFL.

Can they score 48 points in four quarters against the Jets? They might need to in order to pus this game over the total. The more likely scenario is that the New York defense holds the Patriots in check just enough to keep this game from going over the number.

The other absolutely massive point spread for this week has the Cowboys listed as 21-point favorites at home against Miami. It’s just the second time in 30 years that the Dolphins have been an underdog of 20 points or more. The fact that they have to travel hurts, especially since they have been outscored by a combined 102-10 score in their first two games.

Maybe all of the talk about this Miami team being the worst in NFL history could serve as motivation for them this week. Or maybe this Dolphins team is the worst in NFL history and they don’t stand a chance. Either way, Dallas has averaged 33.0 points per game in its first two wins and should have no problem topping that mark in this matchup. Can Miami score enough to push this game over the total? We think so.

After giving Eli Manning a couple of weeks to prove that he still deserves to be the starter in New York, Pat Shurmur decided that this was the week to make the change to Daniel Jones as his No. 1 QB. The Giants struggling in September has become a trend in recent years, regardless of who is under center. New York is 2-9 both straight up and against the spread over its last 11 September games.

It likely won’t get much better for them on the road against a Tampa Bay side that should be inspired following last week’s win over the Carolina Panthers. The Giants won’t win this game, but they could score enough points with Jones leading the offense to at least make this game interesting. With Jones doing his part, and a reinvigorated offense led by Jameis Winston looking to air it out against a defense with some major holes in it, this looks like an over.

The Chargers are coming off a brutal loss to the Lions in which they were held to 10 points. While it’s easy to blame that performance on the travel schedule visiting an Eastern Time Zone for a 1 PM ET start, the reality is that LA has struggled dating back to its second half collapse against Indianapolis in Week 1. Phillip Rivers and company will be motivated to bounce back in Week 3, and it won’t be a surprise if that happens against a Houston defense that has some obvious holes in it. Meanwhile, the strength of this Texans squad is Deshaun Watson and an offense that is capable of putting up big numbers every single time it takes the football field.

What looked like a marquee billing of two NFC Championship contenders before the season started now looks like it could be a route following an injury to Drew Brees. Teddy Bridgewater is a capable stopgap option but he isn’t an elite starter and he will likely struggle on the road in a hostile environment against this Seattle defense.

Meanwhile, the Seahawks offense has struggled with inconsistency in each of its first two wins of the season. It won’t get any easier for Russell Wilson and company against a motivated Saints defense. The UNDER looks like a lock for this Week 3 contest.

Brees wasn’t the only starting quarterback to be sidelined in Week 2. Ben Roethlisberger went down with a season-ending elbow injury, forcing last year’s third round pick Mason Rudolph in to the starting role. Rudolph’s first test won’t be an easy one as he travels to the west coast to play a 49ers defense that has allowed an average of just 16.0 points per game through its first two wins. Jimmy Garoppolo and the San Francisco offense exploded for 41 points in last week’s win over the Bengals. Even after the Steelers added Minkah Fitzpatrick via trade, it wouldn’t be a surprise if Garoppolo went off again.

The Browns got the job done in a 23-3 win over Luke Falk and the Jets on Monday Night Football. Now they return home to face a much tougher test in this week’s prime time showdown. The Rams had their way with New Orleans in a 27-9 win in last week’s NFC Championship Game showdown. Now their defense gets a chance to feast against a Cleveland offense that clearly still has some work to do. In a matchup of two hungry defensive units, under makes sense.

While this might have looked like an intriguing NFC matchup worth showing in prime time before the season started, the NFL has to regret that decision at this point. Chicago needed an immense amount of good fortune to pick up their first win of the season as time expired on the road against the Denver Broncos in Week 2. Meanwhile, Washington is 0-2 and has been outscored a combined 63-48 in its two defeats. The Redskins aren’t expected to score many points against a vicious Bears defense in Week 3. Meanwhile, Chicago’s offense isn’t exactly built to run away with games. Despite a relatively low number, under still makes sense.