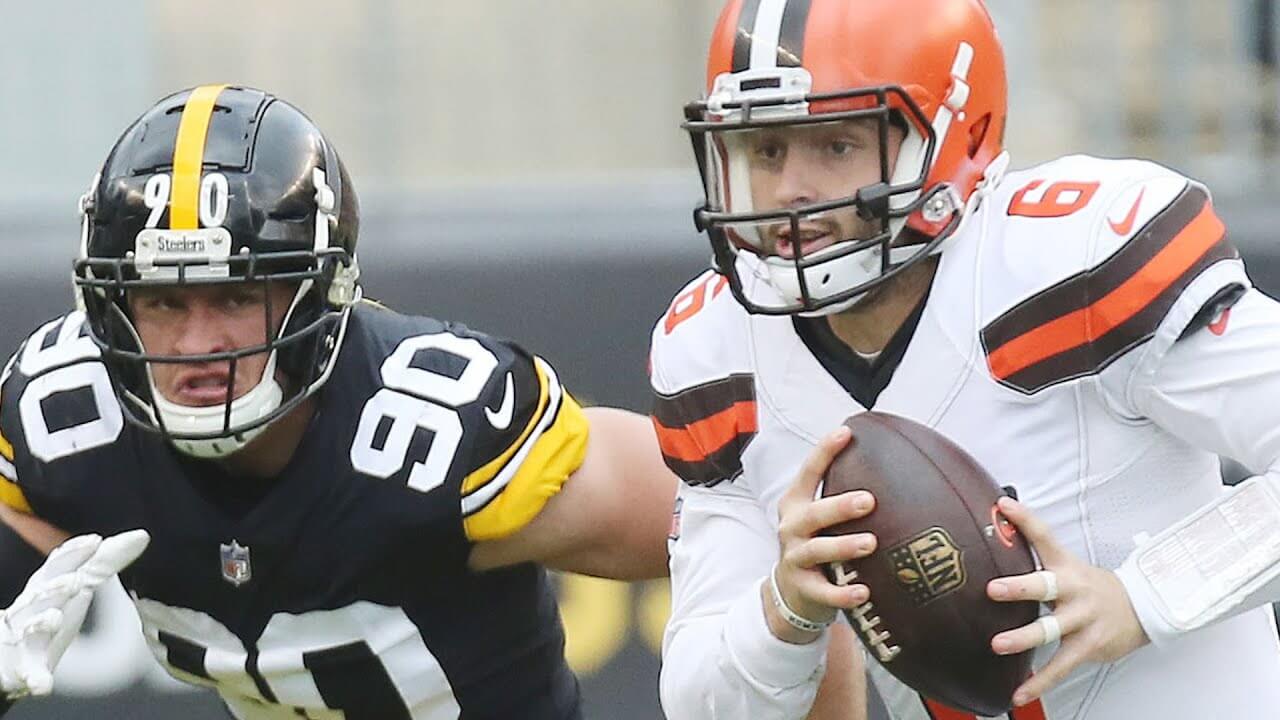 2020 was a new kind of experience for everybody in sports, and Las Vegas is acting as though things have changed forever. The city of bookmakers tied unendingly to tight, conservative NFL point spreads is now making bold predictions about blow-out playoff games and fantastic shoot-outs in the offing.

Oh, and don’t forget a brand-new NFL playoff bracket of 14 total teams. Every reason why the odds, spreads, and Over/Under numbers might be modest seems to have contributed to the landscape of lopsided handicaps this time around. With over a dozen clubs vying to play in Super Bowl LV, speculators think that some championship bids will be much, much more-successful than others.

But how likely are long-shot Wild Card (and division-winning) NFL teams to be embarrassed? Hasn’t this season taught us that a determined group of pros (or student-athletes) can find form far above their W/L record when the circumstances are right?

Many of us grew up watching NFL playoff opponents get blown-out. In the pre-salary cap years, the San Francisco 49ers or the Dallas Cowboys would have the best offense, or the Chicago Bears or New York Giants would have the best defense, and the favorites would storm through the NFC bracket with destruction in wake.

But point spreads like New Orleans (-9.5) vs Chicago seem to ignore recent history and the achievement of postseason parity in the NFL. The biggest margin-of-victory in 2019-20’s 4 Wild Card playoff games was 8, in Seattle’s (ahem) 17-9 “domination” of Philadelphia. Each of last season’s #3 seed vs #6 seed contests ended with the losing team within 1 score. Kansas City’s 20-point win over the Houston Texans in the AFC Divisional Round was the biggest “lopsided” win of the entire playoffs.

As is standard, we’ll look at the Wild Card weekend’s slate of games on a case-by-case basis to see where the best betting prices are. However, it’d be wasteful not to take hard, close looks at several underdogs. Common sense (and a whole lot of final scores) says there’s value to be found.

2020 was not just the Year of COVID but the Year of the Spoiler in the National Football League. Crazy to think that the surprises are all behind us now.

Saturday’s opening scrum is exemplary of the (relatively) wide point spreads of this year’s Wild Card Round. On the surface, there isn’t a huge gap between the 2 AFC contenders. Buffalo’s defense is ranked a little higher than Indy’s, but the Indianapolis D is ranked higher than Buffalo’s. Josh Allen is no more well-respected than Philip Rivers at QB, and neither club faced an exceptionally hard schedule in December and early January.

Yet the Bills are a (-7) point favorite on a spread that opened slightly, but not much, tighter than that.

I’ve been a practical cheerleader for Buffalo this season, and it’s always been obvious that Allen’s style, not his efficiency, was behind the constant criticisms of the QB in previous months. If you’re looking for an 8-to-1 futures bet on a team that could go all the way and prevail in Tampa, the Buffalo Bills could be your sweetheart. Still, I’m not feeling a wager on Buffalo to cover (-7) against such a solid opponent at a time when “home-field advantage” isn’t anything but a convenience on the way to the stadium.

Instead, consider the Under (51) on a game between a domed-stadium club out in the cold New York elements, and a host that (for all of Buffalo’s accomplishments on offense) tends to slow when faced with a top-flight defense.

Allen and the Bills didn’t play the Colts this season, but averaged well under 30 points against the few healthy, elite rosters that the favorites faced.

Saturday’s next point spread is hovering at a 4-point margin due to Jared Goff’s hand injury and the subsequent hand-wringing over who L.A. will play at quarterback. It’s probably the Over/Under line (42.5) that bookmakers should be watching closely, since if John Walford starts in place of Goff for the Mountain Goats, the nascent NFL QB’s speed and tenacity combined with total inexperience could lead to a feast-or-famine scenario for the Rams and help both teams score points. If the Rams are able to start a not-quite-100% Goff at QB, head coach Sean McVay will probably opt for a cautious game plan, and whether L.A. wins or loses, help an “Under” outcome occur.

Seattle ATS is the far-more scientific “QB-based” pick, however, because the Rams are choosing between a wounded veteran and an eager newbie who’s barely touched the NFL gridiron, while the Seahawks can ride with the signal-caller who dominated MVP talk for much of the regular season.

WFT could be the best against-the-spread pick of the Wild Card Round, let alone Saturday, and not because Washington is a tasty underdog on the moneyline.

We’ve all been waiting for Tom Brady of the Buccaneers to have his “Father Time” moment since the legendary QB looked shaky to start the 2020-21 season. WFT has the defensive line to make Brady miserable for 4 quarters, though the Tampa defense is too solid to allow 30+ points from the visitors unless things go drastically wrong.

It’s just crazy to set the point spread close to double-digits when A) The NFC East was very poor early in the season but its teams have improved since then, most-notably the Washington Football Team. Tampa hasn’t beaten many mid-tier contenders by more than a few points, and Washington is 4-1 with Alex Smith starting behind center.

Look for a confident WFT to at least make enough noise to cover +8 or 9 points.

Sunday’s point spread on Baltimore is the 1 favorite-ATS pick I’m partial to on Wild Card Weekend.

Yes, the Ravens are 1 year removed from laying an 0-1 egg in the AFC playoffs following a hot regular-season campaign. But we’ve learned that winning streaks can be taxing in the modern NFL, and a Baltimore team that had its slump already in late autumn (and has blown-out 4 out of 5 opponents since then) could be more dangerous this time around.

Besides, the Tennessee Titans are a penalty-prone team without an appreciable home-field advantage to fall back on. Lamar Jackson is every bit the rushing threat Derrick Henry is, if not quite as punishing a runner. Jackson doesn’t have enough carries to have racked-up 2000+ yards, but the former’s historic feat for the Titans underscores his team’s lack of a dynamic offense of the sort it will take to conquer the Ravens.

New Orleans may not be a “deserving” double-digit favorite ATS, having opened minus a TD + 2 Pt. conversion but shooting to (-10) with the popular pick.

I wonder if the Over/Under – which opened at (47.5) – would be falling considerably if it weren’t for recreational “hunch” action keeping the line steady. Yes, it’s the New Orleans offense in a comfortable indoor setting, playing against a QB in Mitch Trubisky whose daring-do can lead to points for both sides. But if the Saints are destined to control the scoreboard and the game, then Sean Peyton’s team will be in charge of the tempo and the clock more often, and a 12-4 team is always concerned with finishing 15-4 or 16-4. Not so much with running-up a fat “statement” score in a Wild Card meeting.

Peyton won’t want to maximize Brees’ pass attempts against the Chicago pass rush unless absolutely necessary, and likewise, the Bears have motivation to pursue a ball-control game plan in Big Easy. Offenses will look healthy, but a modest # of turns and a strong defensive outing from the Saints will help keep the point total under 45.

Sunday’s final set of NFL odds is even more confounding. The Pittsburgh Steelers are a (-6) favorite over the Cleveland Browns, but Baker Mayfield’s “Dawgs” recently out-played the Steelers in late 2020. Is Heinz Field worth a field-goal against the spread, given that there won’t be a packed house of fans yelling on 3rd down?

I’m not bothering ATS. Cleveland has close to a toss-up chance in a classic “20-20 hindsight” scenario. Great skippers don’t stay on top forever, and a hungry, innovative group of Browns coaches might finally out-fox Mike Tomlin’s staff in their backyard.