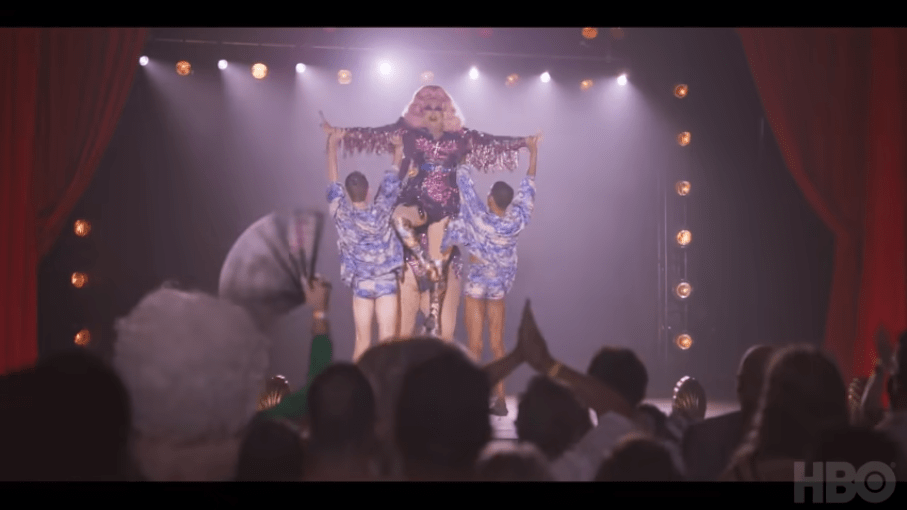 Here in the United States (and, really, globally) there are plenty of LGBTQ+ people and allies who are religious. This might sound surprising as religion can be harmful, oppressive, and isolating for queer people, but it can also be a space of affirmation, care, and community. There is no one-size-fits-all approach. One ally, lead pastor Craig Duke of Newburgh United Methodist Church from Evansville, Indiana, appeared in an episode of We’re Here, an HBO series about several drag queens (Eureka O’Hara, Bob the Drag Queen, and Shangela) who give Americans in small towns drag makeovers and talk about their histories and connections with the queer community.

Duke appeared in drag in the episode (for the curious, he lip-synced to Kesha’s We R Who We R) and described the experience as “incredibly wonderful” and “refreshing.” He stressed that if you want to “involve” different people in your ministry, you have to go and find those people and participate in their world. The episode also goes into Duke’s support for his daughter, who is openly pansexual. Some seriously heartwarming stuff.

Unfortunately, Duke was ultimately “relieved of his pastoral duties” following the episode, which aired on Nov. 8, as reported by Religion News Service. Duke and his family have now set up online fundraising to help survive his job loss and help them to find a new place to live. Duke’s wife, Linda, has also resigned from her role as a youth pastor at the church.

On Duke’s GoFundMe, which at the time of writing has more than $58,000 in donations listed, he is described as a “man of faith,” father, husband, “social justice advocate,” and an ally for queer people.

“Craig has a hope and has fought for a fully inclusive church that is welcoming to people of all races, all genders, and all sexual orientations,” the fundraiser reads. “He longs for a day that all people are able to marry and serve as ordained clergy in the United Methodist Church.” Unfortunately, the 400-person congregation seems to be divided.

For some background, the HBO docuseries episode was filmed back in July, and there was discontent among some members of the congregation even then. Duke apologized to members of the congregation who felt surprised by his decision to appear on the show but stressed he felt it was an opportunity to share faith with LGBTQ+ people on a broader scale. Once the episode aired—featuring some scenes filmed at the church, as well as some with Duke in traditional drag, including a dress, heels, and a wing—discontent continued.

An email from church leaders went out to the congregation letting folks know Duke’s relief from pastoral duties would go into effect on Dec. 1. The email notes that Duke was not fired and had not resigned, but that he will instead receive a “significantly reduced” salary through the end of February. The end of February is also when Duke and his wife will have to leave their home, as it’s provided by the church.

Duke’s motivation, however, wasn’t to ignite a divide but to show up as an ally and reach more people.

“I go back to so many of the gay constituency that I’ve met who put themselves on the line every day just for being gay,” Duke said in the episode, which was filmed in his southern Indiana town, adding that he should “be able to do this for them.”

But not everyone was as supportive as Duke had hoped. In speaking to the Associated Press in an interview, Duke said he received emails that felt “very personal” in attacking him, including suggesting that Satan would be pleased about the disagreements he was allegedly feeding into about LGBTQ+ rights.

Duke told the outlet the emails resulted in concerns about his mental health, and he felt heartbroken and disappointed. As of now, Duke isn’t interested in taking on a pastoral role elsewhere and is instead thinking of ways he and his family can build an “inclusive” camp for youth.

If nothing else, folks connected to the show are calling out the cruelty in action. Shangela, for example, summed up the situation as Duke basically being “bullied” out of his job because “he is a person who believes in love and acceptance and faith and inclusion.”

You can check out some of the episode below, courtesy of YouTube.