Mike Caro’s Book of Poker Tells is one of the most popular poker books ever written. It has been a bestseller in the genre since its release in ‘The Year of Moneymaker’, 2003. Packed with tips about how to spot poker tells, as well as disguise them, the book has sold well every year since publication. But is it an outdated manual that could do with a rewrite including recent innovations into understanding body language or a poker bible that should be referred to as gospel? 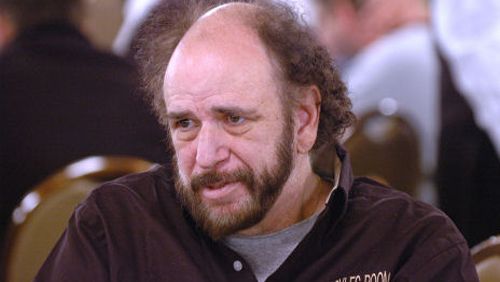 Mike Caro himself is something of a literary machine, having written The Body Language of Poker, Bobby Baldwin’s Winning Poker Secrets, Caro’s Fundamental Secrets of Winning Poker, Professional Hold’em Play by Play and Poker for Women: A Course in Destroying Male Opponents at Poker and Beyond, as well as many others.

However, despite this love of literary prowess, Caro has never won a ranking event himself, and his cashes on The Hendon Mob total just $175,000, with his biggest score at $38,000. While this isn’t necessarily an indication that he doesn’t know how to teach a lot better than he plays, Caro’s success is in the theory.

Caro belongs to an older world of poker, and as such much be judged as something of a past-times curiosity rather than a modern-day guru. But should that stint his popularity if his identification and exploitation of poker tells still works? Of course not.

Just like the modern playground may try to reinvent the trifecta of the roundabout, the slide and the swings without success, a modern day book on poker tells that ignored Caro’s theories would be a thin volume indeed. The book doesn’t only come with written details of each tell, but attending pictures too. Herein lies much of the fun, not just in identifying the ones you recognize from playing the game yourself, but in the antiquated look of the photos themselves, all 179 of them.

Caro, who is often dubbed something like a ‘crazy professor’ type, has, like all inventors, struck clay more often than he panned gold. In 1984 at the World Series of Poker, Caro declared himself to have invented a poker player that used Artificial Intelligence, or A.I.  ‘Orac’ (see if you can crack the enigma-level code) was able to bluff, call and raise with if not the best of them, then some of the best of them. It was 1984, and Mike Caro was in many ways, the ‘Big Brother’ of his day, convincing the poker noob like he might a younger sibling; show them something new, shock them with the technologically advanced nature of it, look supreme.

While other inventions such as Poker Probe (an early solver given something of an alien moniker) might not have become the overnight success its inventor was going for, Caro was an early champion of online poker, convincing many others that it truly would explode and become the global phenomenon it now is.

To the tells themselves. While you might expect to see chapter and verse on the low-hanging fruit such as eye contact, sighing, trembling and other physical ticks and twitches that give away obvious moves, there are nuanced ways of interpreting the poker tells that so fascinate poker players, especially recreational ones. A book on betting ranges and sizing bets specifically to control the pot might be more useful overall, but tell someone who doesn’t know you that you play poker and they always ask the same thing: “Have you got a good poker face?” Mike Caro might be able to show you how none of us really have, and how best to minimize those nuggets of information you toss away when you first sit down at the live felt.

With 320 pages, 179 photos and a bible of a deep dive into the psychology of poker and the physical manifestations of each body language fail, then you’ll be able to spot a poker tell a mile off if you buy the book and don’t play players of a professional level. If you’re already making money at the game, the book is likely to act as more of an amusement. It is a tome of a bygone age, but the universal nature of the information therein mean that Mike Caro’s Book of Poker Tells is unlikely to ever fall into incunabular.

From the nervous to naysayers, from the motivation of your enemies to the limits of your own deception, Mike Caro’s Book of Poker Tells is righty hailed as timeless by those who enjoy it, as those who do so are doing so on multiple levels, just like the man himself.

Don’t believe us? Mike Caro’s Book of Poker Tells is available today. We wouldn’t try to bluff you, honest.