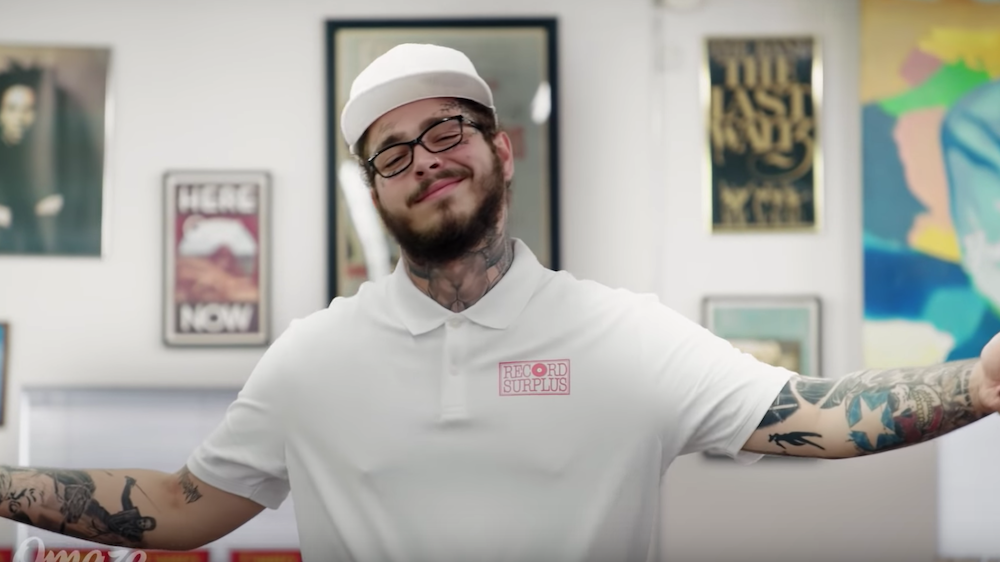 Normally, it’s hardly a surprise to hear that a prominent rapper has worked out a deal with a shoe company to sell his own brand of kicks to his or her loyal fans. When it’s Post Malone, though, the world is full of surprises.

In a move that should shock everyone who’s never seen a picture of Post Malone, and no one who has, the “Psycho” singer has announced a collaboration with plastic clog company Crocs to release a line of branded shoes that fit Malone’s trashy chic aesthetic. Sure, most know them in the pre-Post Malone era as the kind of kicks you throw on to grab the newspaper on a Sunday morning, or canceled chef Mario Batali’s preferred shoe of choice before he moved on to Yeezys. But now, we can associate them with Malone’s be-grilled brand of shaggy joie de vivre.

His brand of the squeaky shoe is a version of the Dimitri Clog, complete with his yellow Posty logo, that sells for $59.99. (They’re sold out already, to our great shame.)

Malone’s motivation for choosing Crocs was made clear in a statement to Hypebeast, in which he said, “If you like something, go get it. I wear Crocs everywhere from the bar to the stage and I felt it was the perfect collaboration to get together with Crocs and give the fans what they’ve been asking for.”