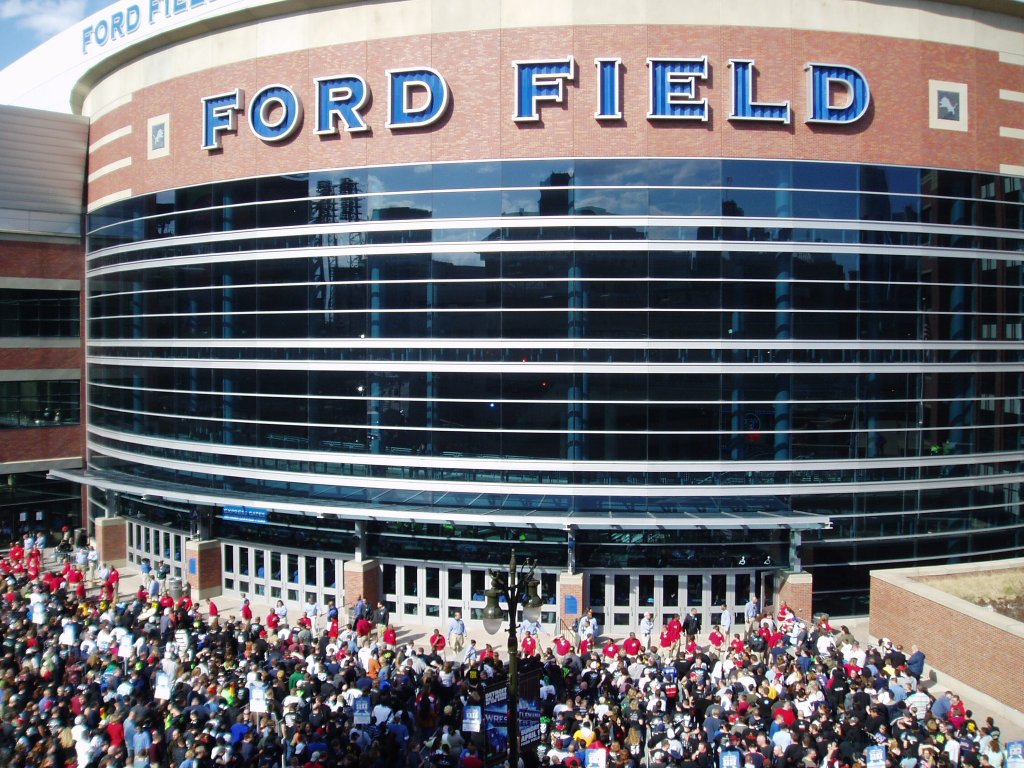 The Pittsburgh Panthers (7-5, 4-4 ACC) are an 11-point favorite over the Eastern Michigan Eagles in the 2019 Quick Lane Bowl, which will be played Dec. 26 at Ford Field in Detroit, even though it might feel like a home game for the underdog.

The Pitt vs EMU odds have barely budged since opening at -11.5, despite the fact that Eastern Michigan’s campus in Ypsilanti is just 45 minutes from Detroit. Eagles’ fans figure to outnumber Pitt supporters, especially considering that the Panthers have difficulty drawing crowds for home games at Heinz Field during the regular season.

All Swoop wants for Christmas is for you to join him in cheering on our EMU Eagles at this year's #QuickLaneBowl. Get tickets: https://t.co/WmLrDUEt7Q pic.twitter.com/9HlpGBamka

Pitt dropped its final two games of the regular season, 28-0 at Virginia Tech and 26-19 at home against Boston College. Eastern Michigan is coming off a 34-26 home loss to Kent State in its regular-season finale.

So, fittingly, both teams could probably use an oil change.

Pitt was in the running for the Coastal Division title in the ACC and a second straight trip to the conference championship game before the back-to-back losses to end the regular season.

Eastern Michigan is a Group of Five school, but it’s fair to say they have a quarterback edge when comparing Mike Glass III to Pitt’s Kenny Pickett.

Glass has had a fine senior season. He has completed 67.8 percent of his passes for 2,858 yards with 22 touchdowns and 10 interceptions.

Conversely, Pickett, has thrown for just 10 TDs against nine picks. While he had 2,737 passing yards, the junior’s completion percentage is a concerning 60.9.

Glass also finished MAC play strongly, hitting on 69 of 86 passes – 80.2 percent — for 867 yards and six scores in his last three games. His 386-yard effort against Kent State was a career-high.

Pitt’s defense could present problems for Glass, though, as it ranks 11th in the nation in total yards allowed with an average of 302.5 per game and 31st in scoring defense with a 21.8 PPG average.

Jalen Twyman is a name to keep an eye on. R-SO for Pitt with 5 sacks in the 2 games he’s played in. Powerful guy, plays with good pad level. Easy win here as he wins with the swim move. pic.twitter.com/pfMQFNmqM8

The Panthers’ defense wasn’t as strong in the latter stages of the regular season, though, giving up 81 points in the last three games.

Eastern Michigan is making back-to-back bowl appearances for the first time in the program’s history. Last season, the Eagles lost to Georgia Southern 23-21 in the Camellia Bowl.

Since Eastern Michigan went 2-10 and 1-11 in coach Chris Creighton’s first two seasons in 2014 and 2015, the Eagles have gone bowling three of the last four years. The Eagles had previously been to just one bowl game since joining Division I in 1975.

The athletic director who hired Creighton was Heather Lyke, who is now the AD at Pitt.

The Panthers will be playing in their fourth bowl in coach Pat Narduzzi’s five seasons. However, Pitt is 0-3 in bowls under Narduzzi, who is beginning to lose support from some of the Pitt fanbase.

Pat Narduzzi is in an era where:– Miami is on its worst skid as a program in a long time– Georgia Tech isn’t running the Triple Option– North Carolina is mediocre– Virginia is the best team in the Coastal

He NEEDS to find a way to get a big season, it’s just right there

The schools have met just one other time with Pitt winning 27-3 at home in the 2007 season opener. The Panthers’ LeSean McCoy, now with the Kansas City Chiefs, rushed for a game-high 68 yards.

Pitt is 7-5 ATS and the under has been the winning play nine times. Eastern Michigan is 5-7 against the spread this season and seven of their games have gone over.

Here are how the teams stack up in ESPN’s Football Power Index:

Pitt has the superior talent but may lack motivation. Suffice to say, the Panthers’ goal at the beginning of the season was not to spend Christmas in Detroit.

While Eastern Michigan is a .500 team, it will have the crowd behind it and be motivated to beat a Power Five foe for the second time this season after knocking off Redbox Bowl-bound Illinois 34-31 on Sept. 18.