Reminder: Other people’s lives are not fodder for your feeds 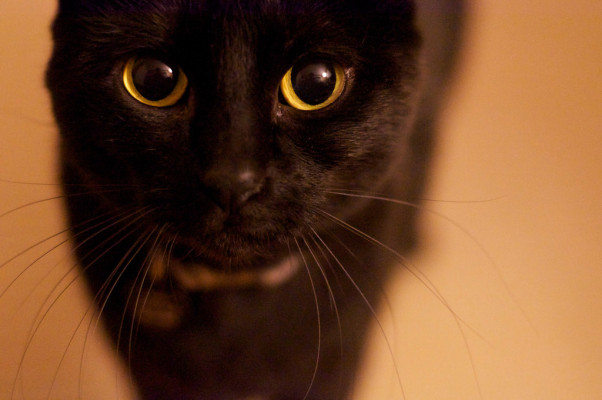 You should cringe when you read that hashtag. Because it’s a reminder that people are being socially engineered by technology platforms to objectify and spy on each other for voyeuristic pleasure and profit.

The short version of the story attached to the cringeworthy hashtag is this: Earlier this month an individual, called Rosey Blair, spent all the hours of a plane flight using her smartphone and social media feeds to invade the privacy of her seat neighbors — publicly gossiping about the lives of two strangers.

Her speculation was set against a backdrop of rearview creepshots, with a few barely there scribbles added to blot out actual facial features. Even as an entire privacy invading narrative was being spun unknowingly around them.

And yet our youthful surveillance society started with a far loftier idea associated with it: Citizen journalism.

Once we’re all armed with powerful smartphones and ubiquitously fast Internet there will be no limits to the genuinely important reportage that will flow, we were told.

There will be no way for the powerful to withhold the truth from the people.

At least that was the nirvana we were sold.

What did we get? Something that looks much closer to mass manipulation. A tsunami of ad stalking, intentionally fake news and social media-enabled demagogues expertly appropriating these very same tools by gamifying mind-less, ethically nil algorithms.

Meanwhile, masses of ordinary people + ubiquitous smartphones + omnipresent social media feeds seems, for the most part, to be resulting in a kind of mainstream attention deficit disorder.

Yes, there is citizen journalism — such as people recording and broadcasting everyday experiences of aggression, racism and sexism, for example. Experiences that might otherwise go unreported, and which are definitely underreported.

That is certainly important.

But there are also these telling moments of #hashtaggable ethical blackout. As a result of what? Let’s call it the lure of ‘citizen clickbait’ — as people use their devices and feeds to mimic the worst kind of tabloid celebrity gossip ‘journalism’ by turning their attention and high tech tools on strangers, with (apparently) no major motivation beyond the simple fact that they can. Because technology is enabling them.

Social norms and common courtesy should kick in and prevent this. But social media is pushing in an unequal and opposite direction, encouraging users to turn anything — even strangers’ lives — into raw material to be repackaged as ‘content’ and flung out for voyeuristic entertainment.

It’s life reflecting commerce. But a particularly insidious form of commerce that does not accept editorial let alone ethical responsibility, has few (if any) moral standards, and relies, for continued function, upon stripping away society’s collective sense of privacy in order that these self-styled ‘sharing’ (‘taking’ is closer to the mark) platforms can swell in size and profit.

But it’s even worse than that. Social media as a data-mining, ad-targeting enterprise relies upon eroding our belief in privacy. So these platforms worry away at that by trying to disrupt our understanding of what privacy means. Because if you were to consider what another person thinks or feels — even for a millisecond — you might not post whatever piece of ‘content’ you had in mind.

For the platforms it’s far better if you just forget to think.

Facebook’s business is all about applying engineering ingenuity to eradicate the thoughtful friction of personal and societal conscience.

That’s why, for instance, it uses facial recognition technology to automate content identification — meaning there’s almost no opportunity for individual conscience to kick in and pipe up to quietly suggest that publicly tagging others in a piece of content isn’t actually the right thing to do.

But Facebook’s antisocial automation pushes people away from thinking to ask for permission. There’s no button provided for that. The platform encourages us to forget all about the existence of common courtesies.

So we should not be at all surprised that such fundamental abuses of corporate power are themselves trickling down to infect the people who use and are exposed to these platforms’ skewed norms.

Viral episodes like #PlaneBae demonstrate that the same sense of entitlement to private information is being actively passed onto the users these platforms prey on and feed off — and is then getting beamed out, like radiation, to harm the people around them.

The damage is collective when societal norms are undermined.

Social media’s ubiquity means almost everyone works in marketing these days. Most people are marketing their own lives — posting photos of their pets, their kids, the latte they had this morning, the hipster gym where they work out — having been nudged to perform this unpaid labor by the platforms that profit from it.

The irony is that most of this work is being done for free. Only the platforms are being paid. Though there are some people making a very modern living; the new breed of ‘life sharers’ who willingly polish, package and post their professional existence as a brand of aspiration lifestyle marketing.

Social media’s gift to the world is that anyone can be a self-styled model now, and every passing moment a fashion shoot for hire — thanks to the largess of highly accessible social media platforms providing almost anyone who wants it with their own self-promoting shopwindow in the world. Plus all the promotional tools they could ever need.

Just step up to the glass and shoot.

And then your vacation beauty spot becomes just another backdrop for the next aspirational selfie. Although those aquamarine waters can’t be allowed to dampen or disrupt photo-coifed tresses, nor sand get in the camera kit. In any case, the makeup took hours to apply and there’s the next selfie to take…

What does the unchronicled life of these professional platform performers look like? A mess of preparation for projecting perfection, presumably, with life’s quotidian business stuffed higgledy piggledy into the margins — where they actually sweat and work to deliver the lie of a lifestyle dream.

Because these are also fakes — beautiful fakes, but fakes nonetheless.

We live in an age of entitled pretence. And while it may be totally fine for an individual to construct a fictional narrative that dresses up the substance of their existence, it’s certainly not okay to pull anyone else into your pantomime. Not without asking permission first.

But the problem is that social media is now so powerfully omnipresent its center of gravity is actively trying to pull everyone in — and its antisocial impacts frequently spill out and over the rest of us. And they rarely if ever ask for consent.

What about the people who don’t want their lives to be appropriated as digital windowdressing? Who weren’t asking for their identity to be held up for public consumption? Who don’t want to participate in this game at all — neither to personally profit from it, nor to have their privacy trampled by it?

The problem is the push and pull of platforms against privacy has become so aggressive, so virulent, that societal norms that protect and benefit us all — like empathy, like respect — are getting squeezed and sucked in.

The ugliness is especially visible in these ‘viral’ moments when other people’s lives are snatched and consumed voraciously on the hoof — as yet more content for rapacious feeds.

Think too of the fitness celebrity who posted a creepshot + commentary about a less slim person working out at their gym.

Or the YouTuber parents who monetize videos of their kids’ distress.

Or the men who post creepshots of women eating in public — and try to claim it’s an online art project rather than what it actually is: A privacy violation and misogynistic attack.

Or, on a public street in London one day, I saw a couple of giggling teenage girls watching a man at a bus stop who was clearly mentally unwell. Pulling out a smartphone, one girl hissed to the other: “We’ve got to put this on YouTube.”

So they press on their users to think less. And they profit at society’s expense.

It’s only now, after social media has embedded itself everywhere, that platforms are being called out for their moral vacuum; for building systems that encourage abject mindlessness in users — and serve up content so bleak it represents a form of visual cancer.

Human have always told stories. Weaving our own narratives is both how we communicate and how we make sense of personal experience — creating order out of events that are often disorderly, random, even chaotic.

The human condition demands a degree of pattern-spotting for survival’s sake; so we can pick our individual path out of the gloom.

But platforms are exploiting that innate aspect of our character. And we, as individuals, need to get much, much better at spotting what they’re doing to us.

We need to recognize how they are manipulating us; what they are encouraging us to do — with each new feature nudge and dark pattern design choice.

We need to understand their underlying pull. The fact they profit by setting us as spies against each other. We need to wake up, personally and collectively, to social media’s antisocial impacts.

Perspective should not have to come at the expense of other people getting hurt.

Additionally, I’ve not earned anything off of this. And do not wish to. The greatest gift I’ve been given – when I shouldn’t have received anything to begin with – is perspective.

This week the women whose privacy was thoughtlessly repackaged as public entertainment when she was branded and broadcast as #PlaneBae — and who has suffered harassment and yet more unwelcome attention as a direct result — gave a statement to Business Insider.

“#PlaneBae is not a romance — it is a digital-age cautionary tale about privacy, identity, ethics and consent,” she writes. “Please continue to respect my privacy, and my desire to remain anonymous.”

And as a strategy to push against the antisocial incursions of social media, remembering to respect people’s privacy is a great place to start.